SPIEGEL: The International Herald Tribune is an iconic brand of global journalism. In October, the paper will be rebranded as the International New York Times. Why are you giving up a globally recognized brand?

Dunbar-Johnson: The New York Times Company has made it very clear over the last year and a half that our focus is on the New York Times brand. This is why the company has sold regional newspapers and the Boston Globe. And this is also why it wants to rebrand the IHT. We believe the future of our journalism and our ability to sustain the sort of journalism that we produce largely depends on our ability to get readers to pay for our content online. We have about 699,000 digital subscribers right now, and only roughly 10 percent come from outside the United States. We therefore think there is a big opportunity for growth.

SPIEGEL: You want to attract more readers internationally by erasing the name International Herald Tribune and putting New York back in the title?

Stevenson: The International Herald Tribune is our brand name in print. We have for some time now not had an International Herald Tribune website, our website has been nytimes.com. In the digital world, and this is where we want to grow, the New York Times is the stronger brand name. And we believe that we have to have one single global media brand in order to compete for readers and advertisers.

SPIEGEL: In times in which readers' loyality to their newspaper is eroding, do you fear you might run the risk of scaring away readers by changing the brand?

Dunbar-Johnson: Of course some will see it as the end of an era. But what counts is whether the paper's content is relevant to its readers. The brand on the top? I think people will very quickly get over that. By the way, the paper has had New York in its name for over 80 years in its 125-year history, so this is not new for us.

SPIEGEL: It still sounds a bit like sacrificing the International Herald Tribune for the sake and survival of the flagship New York Times.

Stevenson: Sacrificing? The same people who have produced the paper are still in place, the same reporters, and this is not going to change. We aren't reducing our staff, we aren't changing our perspective. The new brand name is a promise to bring readers more of what they like, not less!

SPIEGEL: The Washington Post has just been sold to Amazon.com head Jeff Bezos. How long will the New York Times manage to stay independent?

Dunbar-Johnson: I am a bit irritated when people make this lazy comparison. Both Arthur Sulzberger and Michael Golden have made it very clear that the New York Times is not for sale. All of us in the media industry are faced with very challenging conditions, nobody can deny that. But those who think that the New York Times company is in the same place as the Washington Post are wrong. The New York Times has maintained its investment in bureaus all over the world even in difficult times, the Post is way behind with is paywall, we are in a very different situation.

SPIEGEL: Is the Bezos deal the final victory of online over print, an ultimate humiliation?

Dunbar-Johnson: Not really. If somebody wants to invest in quality journalism, whether that person comes from a digital background or from any other background should not matter. The thing that matters is whether he or she is going to invest in strengthening quality journalism. Bezos is an innovator, he is very patient -- and he is going to need both skills at the Washington Post. His track record suggests he has a very good chance of making it work and I hope he does.

Stevenson: I am not sure that there are a lot of newspapers who are going to attract billionaires, so this will not be repeated over and over. What it means for the New York Times is that we possibly have a competitor who now has the financial strength behind it to experiment, to try to figure out how it wants to make the transition to a digital newsroom.

SPIEGEL: The Boston Globe and the Washington Post have just been sold, in Germany Axel Springer has sold many of its papers. Are we currently witnessing a fire sale of the traditional media industry?

Stevenson: Some papers have simply reached the point where they no longer have the financial capacity to invest in the digital age. But in the case of the New York Times, we believe that we have a bright future. Whenever we have put our journalism in front of new audiences and show them what we can do, people are generally willing to pay for it. We have no reason to think that will change. 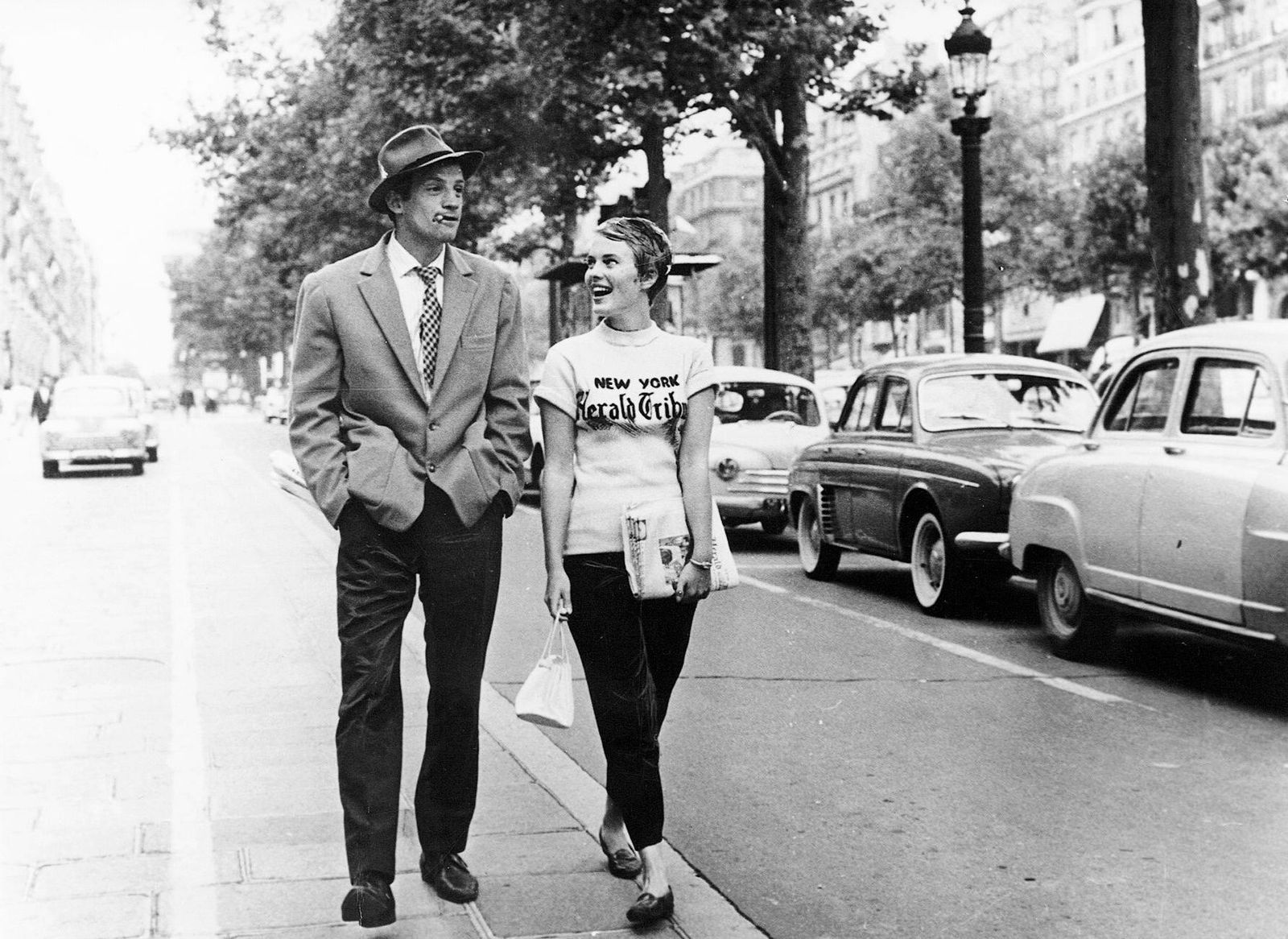 A film scene from Jean-Luc Godard's "Breathless": "The paper has had New York in its name for over 80 years in its 125-year history." 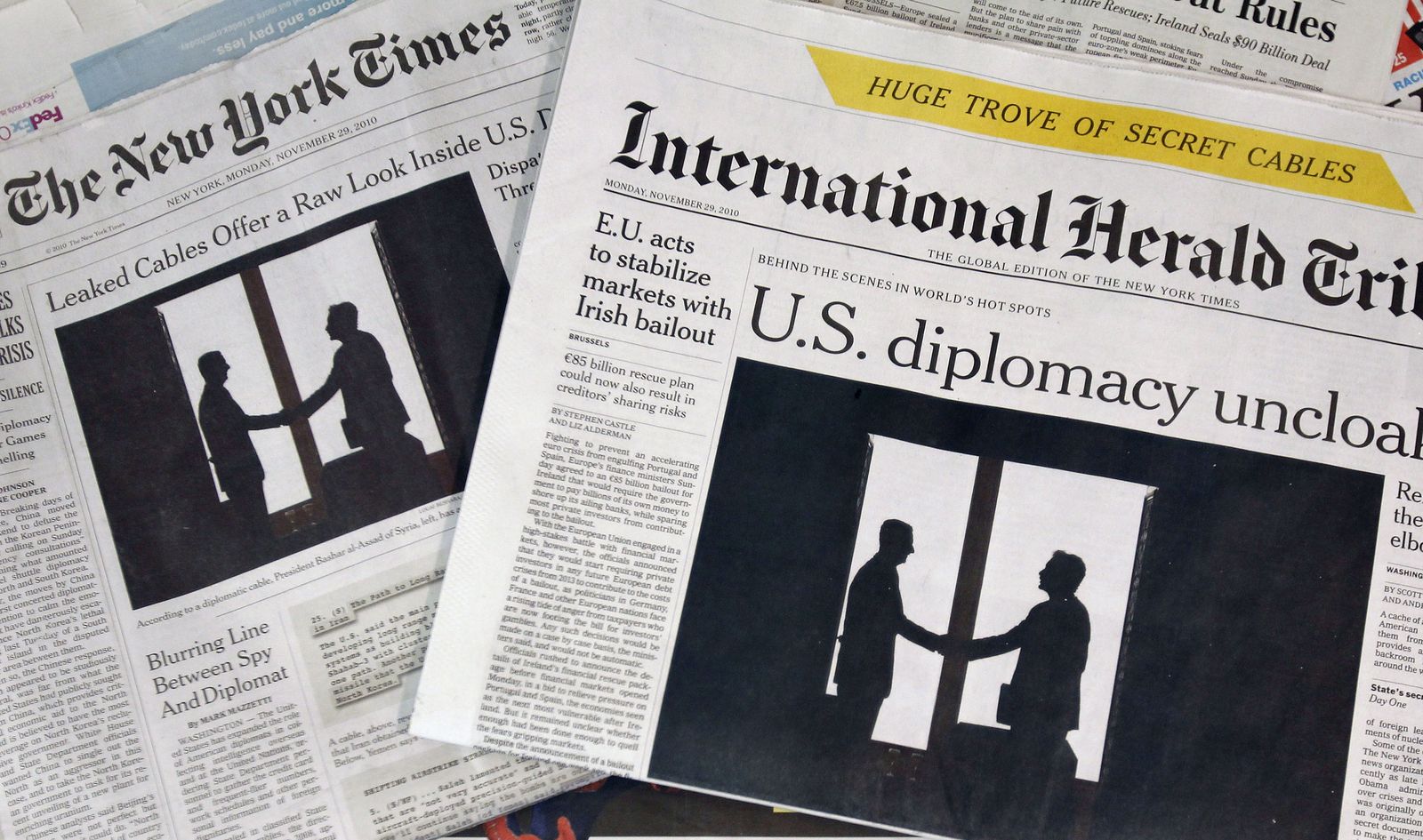 Goodbye to an old friend? The IHT will change its name in October, but New York Times executives say the quality reporting will remain the same.