Now what? Was that it? Nearly three years after the Brexit referendum, and almost two years since separation negotiations between the European Union and the United Kingdom officially began, has everyone reached the end of their wits? Is a "brutal divorce," as France's Europe Minister Nathalie Loiseau put it, a foregone conclusion?

The truth is: No one knows.

For a second time, the British parliament has rejected the hard-won withdrawal agreement between London and Brussels. For Prime Minister Theresa May, it's certainly no consolation that she was "only" 75 votes -- rather than the 116 she faced back in January -- shy of a triumph. She gave the members of Britain's House of Commons a choice: My deal or chaos. The members of parliament opted to flirt with disaster.

In the days and hours before this latest showdown, May and her loyal adherents had done everything in their power to win over fickle parliamentarians. Following weeks of stagnation in post-negotiations between London and Brussels, the EU threw the British yet another -- although admittedly small -- bone.

May Didn't Keep Her Promise

EU negotiators had agreed to add three legally binding annexes to the final withdrawal agreement. The most important one guaranteed the British that Northern Ireland could not be indefinitely forced into the customs union with the EU thanks to the so-called "backstop" -- the emergency solution for the border between Ireland and Northern Ireland. According to May, this had been the mandate of the British parliament. And she had delivered.

What she failed to mention was that, facing almost certain defeat, she had promised British members of parliament much more than that back in January. At the time, she said she would travel to Brussels, reopen the withdrawal agreement and replace the backstop with an alternative solution. The Brexit hardliners in her party were delighted. Now, however, after May has neither reopened nor replaced anything, they are disgruntled. Once again, the clumsy tactician was unable to keep her promise.

What's more, weeks before, she had frivolously relinquished the only means of exerting pressure she had left in her arsenal: the ticking clock. The impending deadline for Britain's withdrawal from the EU, March 29, could have probably convinced even some of the most reluctant British parliamentarians to vote for May's deal, lest they risk pushing their country off the proverbial cliff unchecked. But May informed parliament ahead of time that they would be able to vote for an extension of the Brexit deadline should her deal be voted down. And so many of the most diametrically opposed members of parliament didn't budge.

The EU's Goodwill Has Run Out

It's no longer possible to use common sense to predict what will happen in the increasingly ludicrous carnage of Brexit. It could be that parliament votes in the coming days, as expected, first against a withdrawal without an agreement -- a so-called no deal Brexit -- and then for an Article 50 deadline extension. But then what? May's right: "Voting against leaving without a deal, and for an extension, does not solve the problems we face." Moreover, that would leave the British irrevocably dependent on the goodwill of the remaining 27 EU member states.

But that goodwill has been used up. European Commission President Jean-Claude Juncker made that much clear on Monday night. He said that Britain had been given a second chance, but that there would "be no third chance." Juncker put the kibosh on any prospect of further negotiations. Nevertheless, the EU is unlikely to refuse a delay -- the latest talk was of a maximum of two months.

Though why the EU should agree to an extension of the current misery under the given circumstances is not apparent at first glance. It might even behoove the EU to block such an interim, emergency solution. Then, the Brits would be pushed to the edge just days from now and forced to stare into the abyss. And it's all but certain that they wouldn't like what would be staring back at them. Only the most starry-eyed political pipe-dreamer, like former Foreign Secretary Boris Johnson, could still be convinced that a no-deal Brexit is the "only safe route out" of the EU.

Who knows: Maybe enough parliamentarians would see the writing on the wall. It would admittedly be a high-risk strategy. But if there's one thing the last hours have made clear, it's that good words alone aren't enough to deal with the chaos on the island. 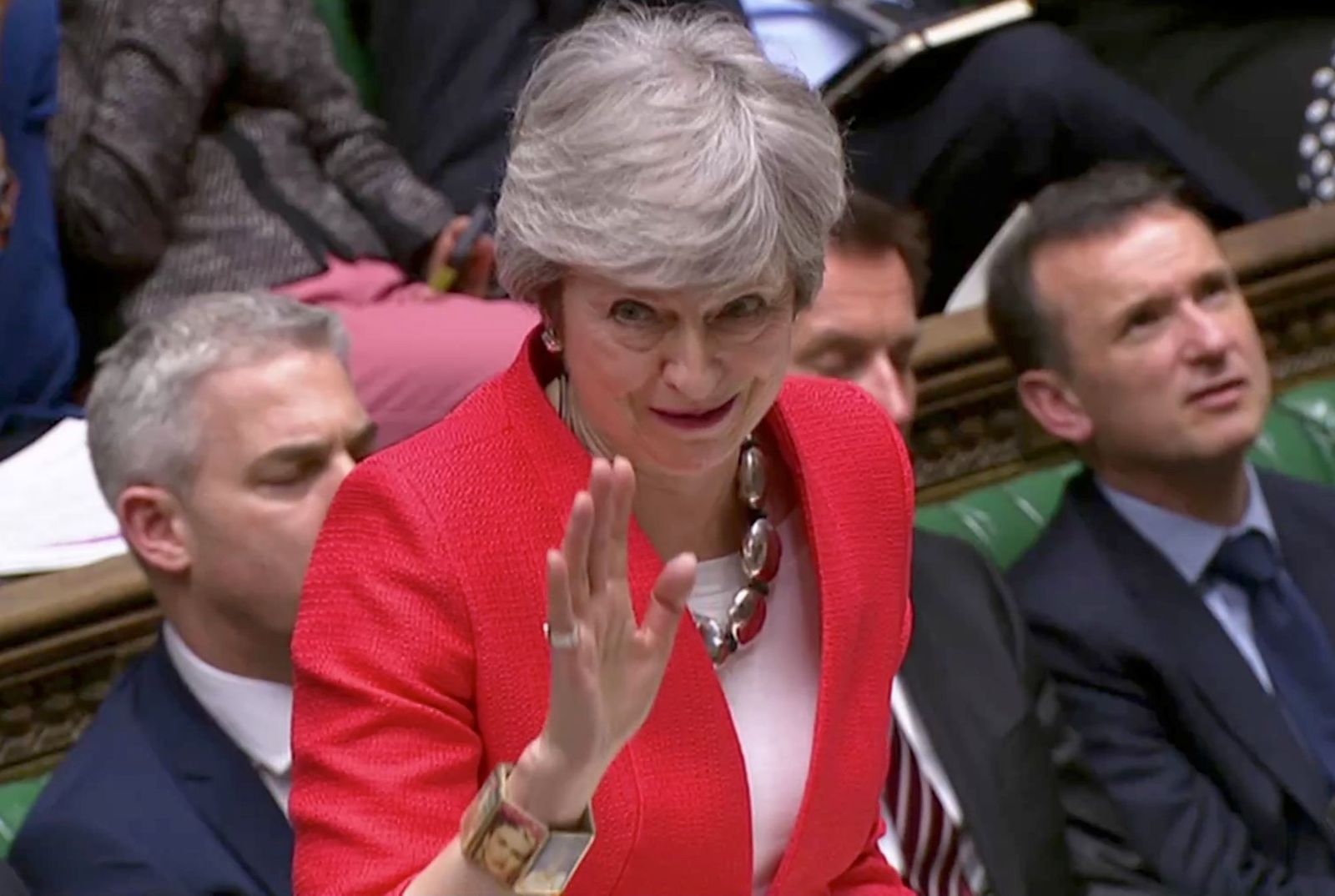