British Prime Minister Theresa May lost a second vote Tuesday night on the European Union withdrawal agreement in the House of Commons in London with a withering 391 to 242 defeat. Even though the disaster wasn't much of a surprise to anyone, politicians from the rest of the EU member states reacted with a mixture of bewilderment, anger and disappointment.

The EU has done everything it can to help get the withdrawal agreement over the line in British parliament, Michel Barnier, the EU's chief Brexit negotiator, tweeted Tuesday afternoon. "The impasse can only be solved in Britain." At the same time, the Frenchman warned that the EU's preparations for a "no deal" withdrawal "are now more important than ever before." European Council President Donald Tusk, who heads the powerful body of leaders of the member states, also announced through a spokesman that the danger of a chaotic no-deal Brexit on March 29 has "significantly increased."

At the moment, no one really knows how that catastrophe can be prevented. "The withdrawal agreement is dead," Elmar Brok of the Christian Democratic Union (CDU), a member of the Brexit steering group in European Parliament, said immediately after the vote. "The British don't have a position that is negotiable. We can't continue on this basis."

Most observers believe it is likely the House of Commons will rule out a no deal Brexit on Wednesday and that a request will be submitted on Thursday to delay Article 50 and the date that Britain is to leave the EU, currently set for March 29. It is equally likely that EU leaders will be able to reach an agreement to extend Article 50 at their next summit on March 21 and 22. But few in the European Parliament on Tuesday night felt the move would do anything to decisively change the situation.

One of the problems is that if Article 50 is extended for longer than three months, then Britain would likely have to participate in European Parliament elections in May. "If they did, they would (have a say in) electing the European Commission president and the new commission, voting on the seven-year budget plan and, by doing so, deciding on the future of the EU -- just to then leave it," Brok said. "That seems ridiculous to me."

But it isn't clear that extending Article 50 for just three months would be at all helpful. "It's hard to believe that 150 members of British parliament will come to their senses within that amount of time," said Philippe Lamberts, co-head of the Greens in the European Parliament and also a member of its Brexit Steering Group.

No Favors for 'A Few Crazy People'

Nor does he see any realistic possibility for making any further concessions to the British. Sure, Lamberts added sarcastically, there is something we could do: "We could kindly ask the Irish Republic to leave the EU together with the British. That would solve the problem with the border between Ireland and Northern Ireland." Or, he said, one could fulfil the demand of the Brexit hardliners to make Britain a haven for labor and environmental dumping by not controlling the Irish border. "Then we'd have a 500-kilometer long back door to the EU internal market, which would kill it."

Lamberts allows that such a scenario might be desirable from the British perspective since it would mean the UK would no longer be facing a unified trading bloc, but 27 individual countries. "But why," Lamberts asked, "should we cut off both the EU's feet and arms just to do a favor for a few crazy people in the British Tory party?"

In practical terms, there are really only two realistic options left, he said: "No deal or no Brexit." But a new referendum would be a political necessity in Britain to reverse Brexit, and there is currently no majority in parliament for that. "That's why the probability of a no deal scenario is greater than 50 percent," said Lamberts. Gabi Zimmer, leader of the parliamentary group for the Left Party, also expressed her belief that there is little room left for averting a "chaos Brexit." "We see a parliament tearing itself apart with party bickering."

But nobody "could wish for a no deal departure," explained Udo Bullmann, who leads the center-left Social Democrats in the European Parliament. He said he favors a second referendum. "If parliamentarians are no longer capable of deciding for their people on one of the biggest issues of the century, there is, in my view, only one solution: You have to ask the people." 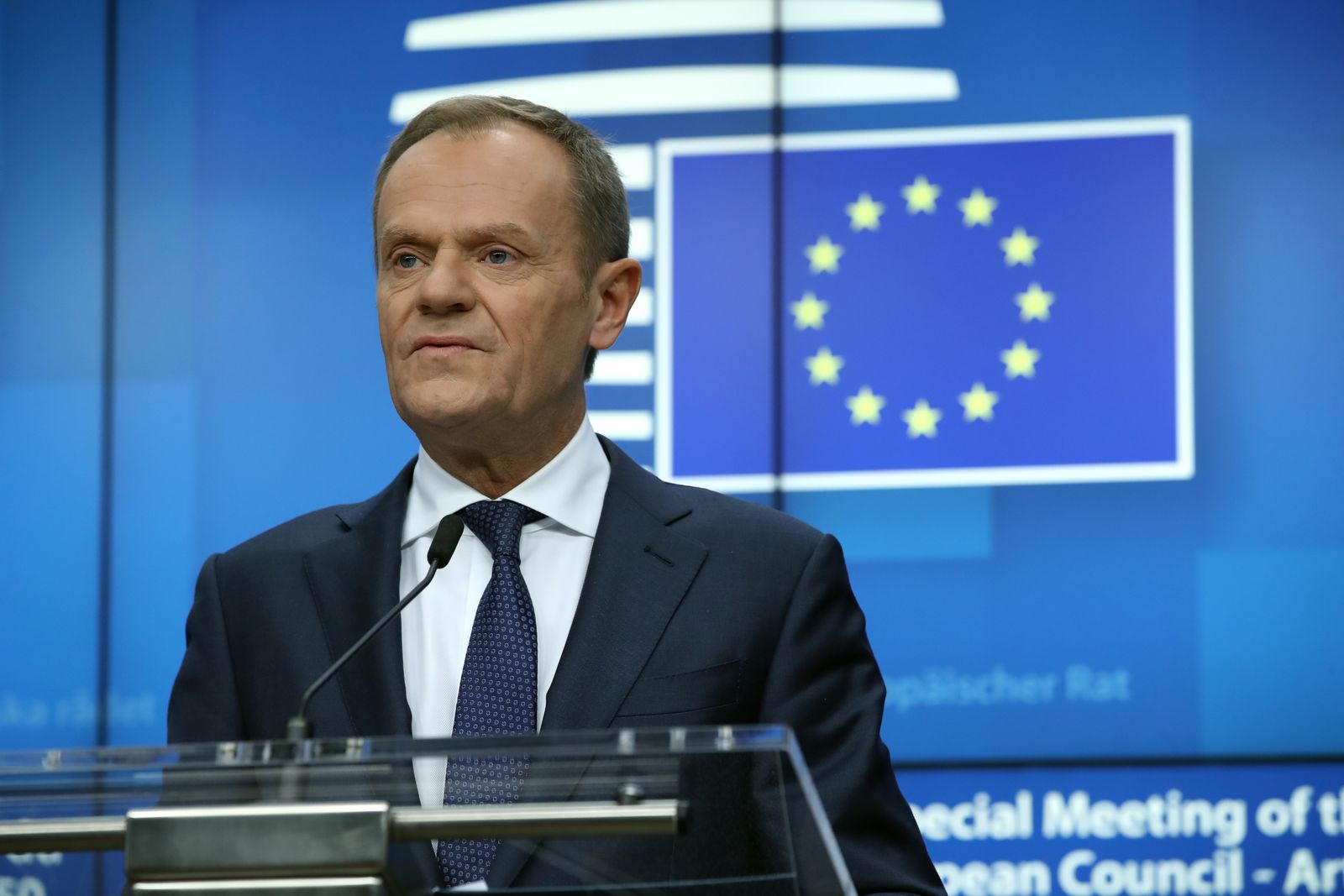