A slender man strides cautiously out of the forest and climbs down the rocks to the bank of Utøya island. It's the site where candles and letters have been laid on the rocks in commemoration of the 69 people who were shot to death here by Anders Behring Breivik just one year ago. The man is Jens Stoltenberg, the Norwegian prime minister.

Stoltenberg is almost alone on the island -- accompanied only by a man with a two-way radio and a press advisor. The camera teams that were following him previously have retreated.

"This is only the second time after the terror (attacks) that I have come to Utøya," Stoltenberg explains. "Earlier, I used to come here every summer -- since 1974. It was the paradise of my youth, but it became a hell."

Utøya and the attacks are now a part of Norwegian identity and history, Stoltenberg says, peering out at the dark green fjord. Stoltenberg doesn't mention Breivik by name, referring to him only as "he."

"It is a major achievement of the people here that he -- despite the fact that he took so many lives and injured so many people -- still failed to change society. Because that was his goal. But Norway has defended its values," Stoltenberg says. He says the trial against Breivik was also a part of that. "We have shown that a separation of the powers can work in a case like that," he adds.

Anyone who wants to know whether the Norwegians have changed after the attacks of July 22, 2011, can interpret a lot from this scene with the prime minister at the rocks. Politicians here are still straightforward in their dealings. That hasn't changed. Trust doesn't appear to have been lost either. There is no hysteria in Norway over the issue of security. In any case, there is no armed bodyguard to be seen anywhere near Stoltenberg.

During the last year, Norway has impressed the world. Not only with its dignified way of mourning, but also because of the country's clear recognition of democracy and for the graceful way its people handled Breivik's trial and his outbursts in court. Recent polls even indicate that the Norwegians' faith in democracy has grown during the past year.

Even so, in recent weeks, cracks have also appeared in the image of a tolerant and humane Norway. What place does Breivik, a Norwegian, have in this Norway? Has the country, in which one-fifth of voters casted their ballots for the right-wing populist Progress Party (FrP), changed politically?

Prior to his radicalization, Breivik had been a member for a time in FrP's youth organization. But the party has recently seen its fortunes rise again. One poll shows the party with more than 22 percent support among voters -- nearly twice FrP's showing in local elections held just weeks after the attacks. Deeply tanned party boss Siv Jensen recently appeared on Norwegian TV station NRK in an interview taped on Oslo fjord in which she proudly boasted of the party's recent success in the polls.

Oslo-based historian Einhart Lorenz, who studies right-wing populism in Norway, has been astounded by the gains the party is starting to show again. "Even if there is no direct responsibility, there is at least an association between the xenophobic atmosphere that the FrP has created and July 22," Lorenz says.

Another issue is also currently dominating the headlines in Norwegian newspapers. It took a long time for them to find their place here, but as in Germany and other parts of Europe, the Roma have finally arrived in Oslo. This has sparked hateful tirades on Norwegian Internet forums, where the Roma are disparaged and death threats are made. Local residents have also been hostile to the nomadic groups, who mostly originate from Romania. FrP chief Jensen has been calling for the Roma to be "deported."

So how could things come to this after the display of unity shown after Utøya? In a newspaper editorial, former Norwegian prime minister Thorbjørn Jagland wrote that regardless of the decision ultimately made by the court over whether Breivik was sane, "the murders in the government quarter (in Oslo) and on Utøya had a social background." It also raises the question of whether there is a cultural background to all the hate and prejudices that are now flaming up against the Roma, "namely that we have become so rich and content in this country" that people have lost focus of the things that really matter, Jagland wrote. If they are unable to suppress the poverty, then people will quickly turn it into something "repulsive and criminal," in order to sustain their own self-image. One woman interviewed on the streets of Oslo shared that opinion. "We're no better than the rest," she says. "Even if we often believe that to be the case."

Stian Bromark, a commentator for the left-leaning Dagsavisen newspaper, believes that the attacks against Roma people have been a means of channelling the frustrations of the last year. Whereas before people -- including even left-wing politicians -- could bluster without restraint over "creeping Islamization" in Norway, it became a taboo after Breivik's crimes. Norwegians need to learn how to have opposing opinions and argue without hatred, says philosopher Henrik Syse. This is the challenge that lies ahead of them, he adds.

But the current tendency runs contrary to this. The right-wing populist Progress Party (FrP) has recovered from the dip in popularity it experienced following Breivik's terror attacks. The "July 22 effect" has also passed for Stoltenberg's Labor Party, which has slumped back to its pre-Breivik popularity level. "It appears that, politically at least, everything is back to the way it used to be," says political scientist Jo Saglie.

Stoltenberg, who had been considered somewhat stiff in manner, became a father to the country after the attacks. He managed to comfort his people, partly because he too was personally affected, having lost colleagues in what was also an attack on his party. "Before the terror, Stoltenberg was seen by many as an economic politician who was only interested in budget," Saglie says. "But after the attacks he could show another side of himself."

But the prime minister couldn't hold on to that, and an increasing number of Norwegians now support a change in government leadership. In late June polls, the head of the Conservative Party, Erna Solberg, was more popular than Stoltenberg for the first time.

But right now, standing before a small pump house at Utøya where Breivik shot 14 youths, everyday business seems far from Stoltenberg's mind. "I feel sorrow and deep anxiety," he says. 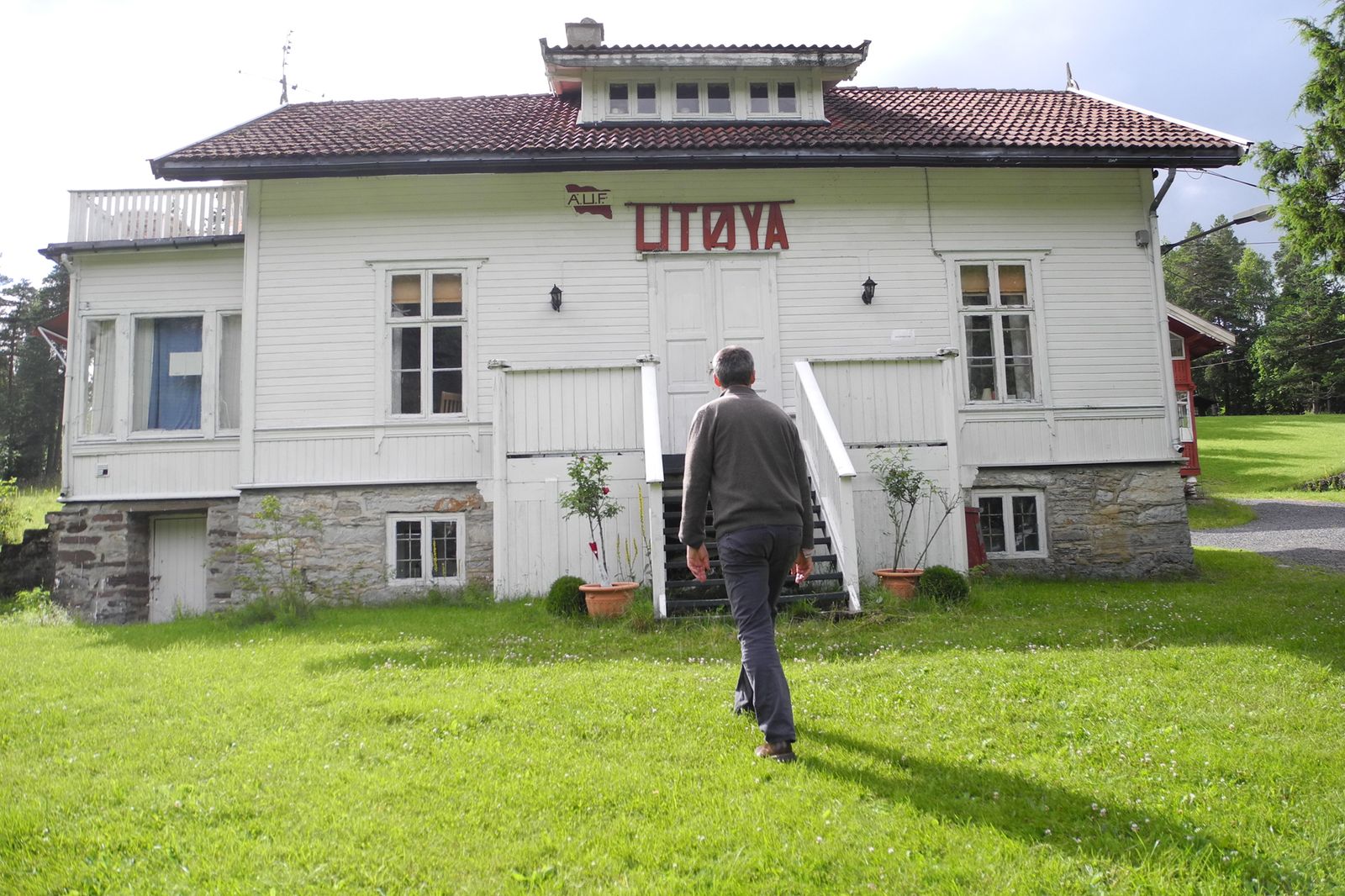