*When this article first appeared 85 people had reportedly been killed on the island of Utøya, and another seven in the bomb attack in Oslo, totalling 93. Police have since adjusted this count to 68 on Utøya and eight in Oslo, bringing the total dead to 76.

New details about the response of Norway's police to the tragic shooting on Utøya Island continue to emerge, and police have supplied a new timeline for the twin attacks on Friday that left 93 dead.

Anders Behring Breivik, a 32-year-old Christian fundamentalist with anti-Islamic views, has reportedly confessed to the attacks. The first was a car bomb that exploded in Oslo's government district, killing seven. This was followed by a shooting spree at a youth camp on Utøya Island, outside the capital.

Breivik is scheduled to be arraigned in court on Monday. He had reportedly requested an open hearing so that he can explain his actions. He has said he wants to appear in court in uniform, though exactly what kind of uniform he would like to wear is unclear.

Police have now lowered their estimate for the amount of time that Breivik had on the island to carry out his attack before police arrived from roughly 90 minutes to 60 minutes. 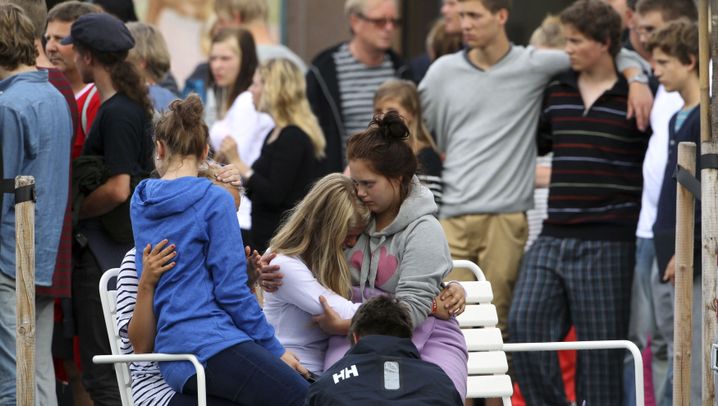 The response was delayed by a number of factors, including the decision by security forces to wait for the arrival of a special "Delta" anti-terrorism unit based in Oslo before raiding the island.

On Sunday, Sveinung Sponheim, the acting police chief of Oslo, defended the decision to have the unit travel the 45 kilometers (28 miles) between Oslo and Utøya Island by car rather than helicopter. "It was faster going by car," Sponheim said, according to Reuters, before explaining that the only helicopter available to the unit was at a base 50-60 kilometers south of Oslo.

Police were further hampered when a police boat from the nearby city of Hønefoss almost sank. "When so many people and equipment were put into it, the boat started to take on water, so that the motor stopped," Erik Berga, the police operations chief in northern Buskerud Country, told Reuters. The "Delta" unit ultimately had to commandeer recreational boats at a pier across from Utøya Island, Berga said. When they arrived, the gunman reportedly surrendered without resistance.

3:32 p.m. : The Norwegian news agency NTB reports a massive explosion in Oslo's government district. Soon thereafter, the roughly 600 youths on Utøya Island receive news of the attack in Oslo. It is the third day of the camp, which is run by the youth wing of the ruling center-left Labor Party.

3:58 p.m. : The Norwegian cabinet releases a statement saying that Prime Minister Jens Stoltenberg was not in his office at the time of the detonation.

Around 4:30 p.m.: The teenagers at the summer camp receive images of the Oslo attack on their smartphones. As the extent of the catastrophe becomes clear, several of them gather in a building to discuss it. "We comforted each other with the knowledge that at least we were safe on the island," one camper wrote on her blog the next day.

4:45 p.m. : The Norwegian broadcaster NRK reports that the explosion in Oslo has killed at least one person. 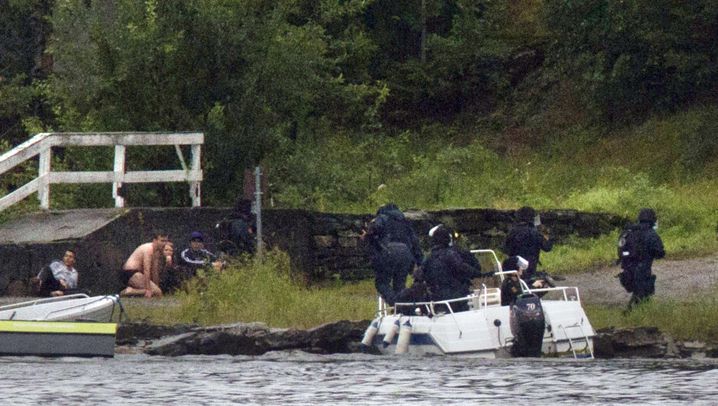 Around 5:00 p.m. : A man dressed in a blue uniform resembling that of a police officer lands on the island in a small boat. He is openly carrying two weapons -- which is unusual in a country where police officers are not normally armed. At first, he explains that he has come to protect the campers. But then he suddenly opens fire.

5:10 p.m. : Police confirm that a bomb caused the explosion in Oslo. At roughly the same time, youths gathered in the center of Utøya Island hear noises coming from the shoreline. At first, they think the noise comes from exploding balloons. When they realize the noises are gunfire, panic breaks out. Several children call emergency numbers but are told not to jam the telephone line if their call doesn't have something to do with the attack in Oslo.

5:15 p.m.: According to eyewitnesses, the gunman reaches the area where the campers' tents are erected. He then goes systematically from tent to tent shooting whomever he finds there at close range.

5:20 p.m. : A group of campers hides in a dark corner of one of the few structures on the island.

5:25 p.m. : As the sound of gunfire draws nearer, the youths flee through a window. A few of them write text messages to their parents.

5:27 p.m. : This is the time at which the Norwegian police says it received the first notification of the massacre on the island.

5:30 p.m. : The campers flee toward the shore. Some jump into the frigid water in an attempt to swim to safety. The gunman shoots at anything that moves. One girl reports she survived by lying on the corpse of another camper and keeping as still as possible.

5:38 p.m. : A special anti-terrorism unit begins its journey to the island from Oslo. The unit's commander decides to make the 45 kilometer (28 mile) trip by car because the unit's helicopter is located 50-60 kilometers south of Oslo and is apparently not ready for immediate deployment.

5:45 p.m. : The owner of a campground directly across from the island says he had heard gunshots for over half an hour. But only now does he realized that a horrific drama is playing out on the island. At this point, survivors begin to reach the shore after swimming the roughly 600 meters (ca. 2,000 feet) from the island. They report that other campers have been shot in the water and would presumably drown. The campground owner and several vacationers commandeer a number of small boats and head toward the island in an attempt to rescue other survivors.

5:52 p.m. : The first police officers reach the area, but they are forced to wait because they do not have their own boat.

6:00 p.m. : Four campers run toward the gunman looking for protection because they believe he is a real policeman. All four are shot dead. Other campers watch the scene unfold from their hiding places but are powerless to intervene.

6:09 p.m. : The anti-terrorism police unit from Oslo arrives at an area across from the island.

6:25 p.m. : Police reach the island. At first, they are not sure how many gunmen are involved in the massacre. Many of the campers initially remain in their hiding spots out of fear.

6:27 p.m. : The gunman is located and apprehended without resistance. (Earlier reports had put this at 6:35 p.m.) Many of the small boats that had come to rescue survivors are becoming too full to take more on board.

7:38 p.m. : Police report that the bomb explosion in the government district in Oslo has left seven dead and two severely wounded.

7:54 p.m. : Police reveal that they believe the two attacks are related.

9:01 p.m. : Investigators announce that they suspect that the gunman arrested on Utøya Island was also behind the Oslo bombing.

4:04 a.m. : Police significantly increase the estimated number of people killed in the attack on Utøya Island, to at least 80.

8:12 a.m. : Prime Minister Stoltenberg speaks of a "national tragedy" and the worst crime in Norway since World War II.

4:02 p.m. : The official estimate of the number of people killed in the two attacks is increased to 92. (On Sunday, the figure would climb to 93.)

6:25 p.m. : Police announce that the suspect has made an initial confession. 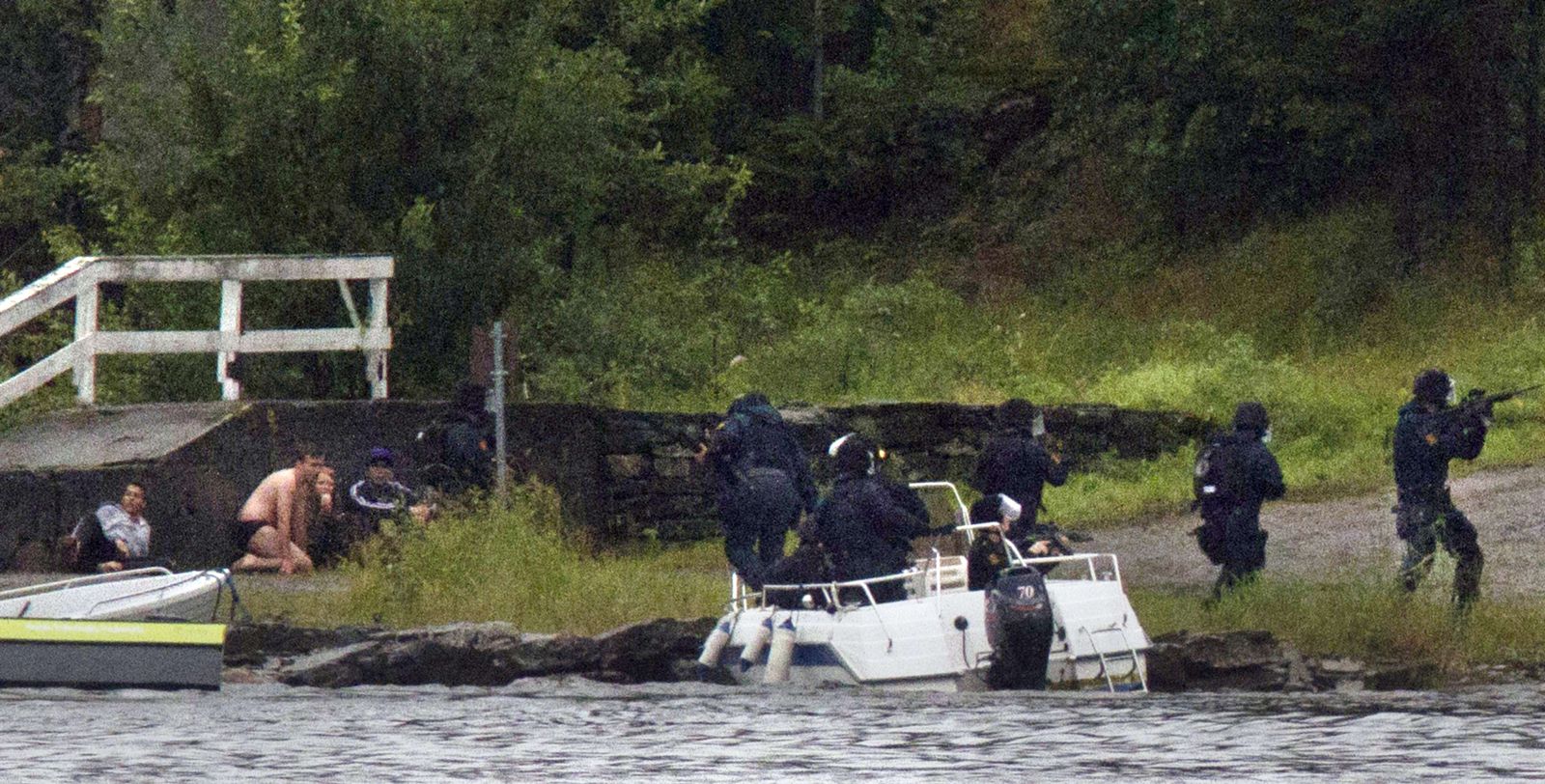 A police anti-terror unit arrives at Utoya island on Friday, where they later arrested the suspected perpetrator.

The death toll in the twin attacks in Norway is much higher than was first thought. According to police, at least 84 people died in the shooting on the island on Utoya, and seven in the bombing in Oslo. Here, a police anti-terror unit arrives at Utoya island, where they later arrested the suspected perpetrator. 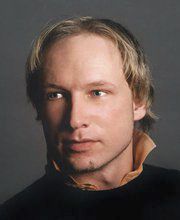 Police believe that both attacks were committed by a 32-year-old Norwegian man identified as Anders Behring B. The suspected perpetrator, who was arrested on Friday after the shooting, is apparently a Christian with right-wing extremist and anti-Islamic views.