The European Parliament appears set to reject a sweeping agreement with the United States on providing access to data about international wire transfers made from Europe.

At the center of the debate is data used by the Society for Worldwide Interbank Financial Transactions (SWIFT), the company that conducts almost all international bank transfers. Previously the US could access Europeans' SWIFT data because the company's servers were located in the US. However, under pressure from data protection officials across Europe, the company now conducts European wire transfers from the Netherlands and Switzerland, and the European Union must provide its approval before any of the sensitive data can be shared. Washington and officials in a number of European countries argue the data is needed to effectively combat terrorism.

On Thursday, Werner Langen, the leader of the conservative Christian Democrats (known as the European People's Party in Brussels) in the European Parliament in Brussels, said his group would oppose the agreement negotiated by European governments and Washington. "I expect there will be a relatively large coalition against it," he said. "The (European) capitals will place a lot of pressure on members of parliament, but we will resist. A far-reaching agreement that interferes with the rights of the people cannot happen without an open parliamentary discussion."

'I Remain to Be Convinced'

European Justice Commissioner Vivian Reding also expressed her reservations about the agreement at a privacy conference in Brussels on Thursday. "I remain to be convinced that all these SWIFT transfers are necessary, proportionate and effective to fight terrorism. I will be looking into this very closely in the coming weeks."

In Germany, the government appears divided on the issue. Interior Minister Thomas de Maziere of the Christian Democrats (CDU) supports the agreement and has asked members of the European Parliament to give their stamp of approval. Earlier this month, he said the agreement would "bring greater security to the fight against terrorism." Members of the CDU's junior government coalition partner, the business-friendly Free Democratic Party, which has a libertarian bent and is often a strong advocate of stringent privacy laws, have opposed the deal. Guido Westerwelle, who heads the party and serves as Germany's foreign minister, said he could understand if the European Parliament didn't approve everything that came its way.

In a recent SPIEGEL interview, German Justice Minister Sabine Leuthheusser-Schnarrenberger, also of the FDP, expressed her opposition the treaty. "I have never made a secret of my belief that the SWIFT agreement is wrong," she said. "Even the German Federal Police Agency now concedes that granting intelligence agencies access to people's bank accounts doesn't provide any additional security."

The justice minister recently asked the Federal Police Agency (BKA) to review the efficacy of accessing the SWIFT data. In its assessment, the agency said giving the US access to SWIFT data is useless in the fight against terror. The agency argued the amount of information yielded from the searches wouldn't justify the costs and personnel that would be required to analyze it. "In terms of combating politically motivated crime," a BKA paper stated, "there is no technical requirement or operational interest in a systematic verification of the SWIFT database."

The interim deal, which goes into effect on Feb. 1 and would be effective until October, would give counterterrorism officials access to people's international wire transfer transactions. The US has been examining transactions handled by SWIFT since the 9/11 attacks in New York and Washington. SWIFT, which is headquartered in Belgium, recently moved data from US servers to European soil. With far stricter privacy laws in many European countries, the US would need permission from the EU before it could be given access to this sensitive information. SWIFT handles 15 million transfers a day between over 8,000 banks and other financial institutions.

The European Parliament is expected to vote on the issue on February 10, and an absolute majority of 369 votes is required. The conservatives have 265 seats in parliament, making it the largest single party, but several other party groups are also opposing the agreement. The interior ministers of European Union member states effectively approved the agreement in November, one day before the ratification of the Lisbon Treaty. Under Lisbon, the parliament has been given the power of co-decision on issues of justice and internal policy. If parliament rejects the agreement next month, it will have to be suspended.

However, the deal was only expected to last for nine months, and a new version could be developed by the EU's executive, the European Commission, and the European Parliament for passage at a later date. 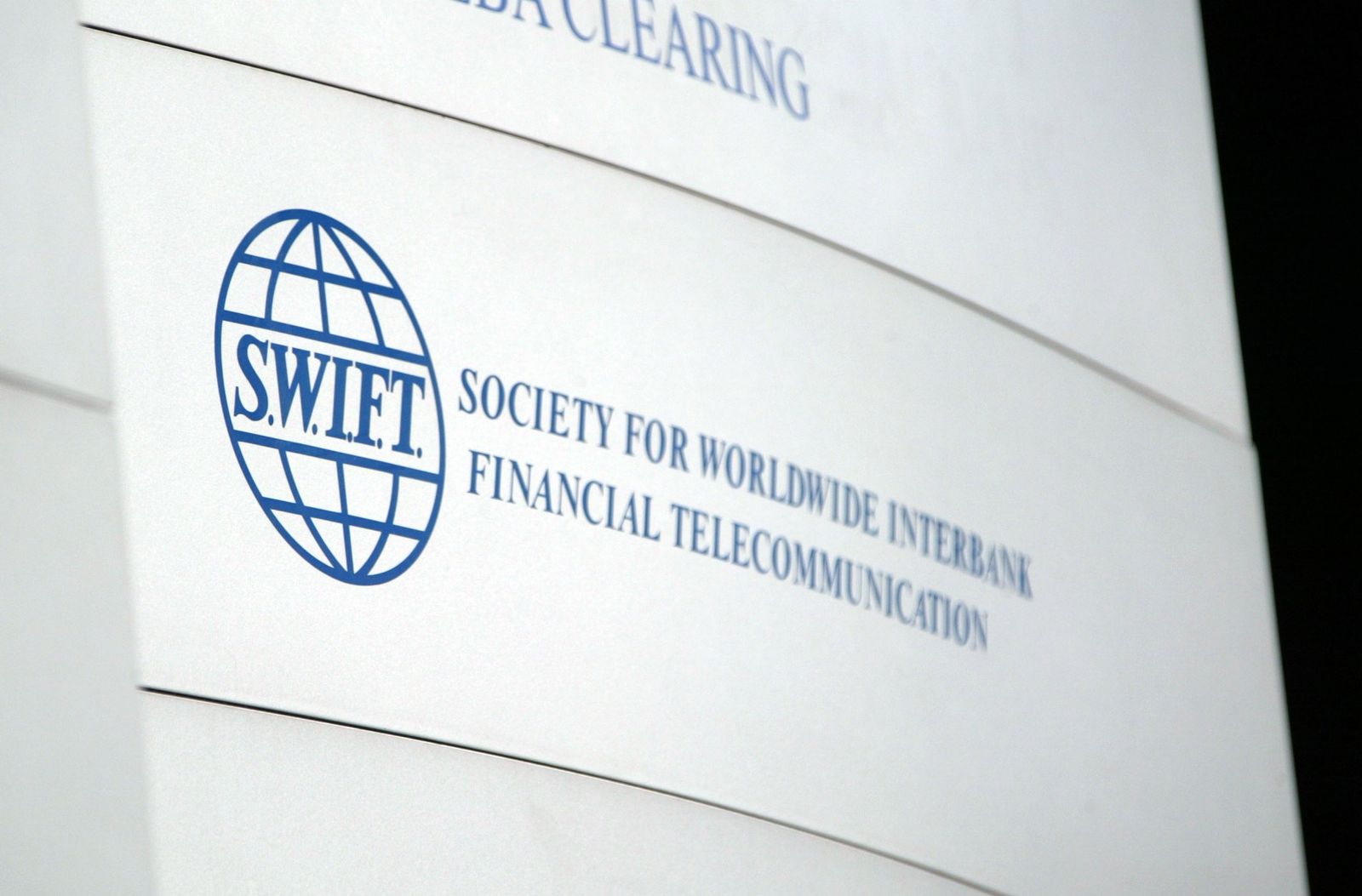