A senior member of Chancellor Angela Merkel's conservative Christian Democrats(CDU) said on Tuesday that Germany's budget restraint had become a model for other EU nations and accused Britain of being too focused on defending its own national interests in its dealings with Europe.

"Suddenly Europe is speaking German," Volker Kauder, who holds the powerful post of conservative parliamentary group leader, told the CDU's annual party conference in Leipzig, in a remark that may fuel fears in some countries that Germany is becoming too dominant in the euro crisis.

Kauder accused other euro-zone member states of having only just now understood what Merkel has been claiming for a long time: that the euro crisis wasn't caused by financial market speculators, but by a lack of budget discipline.

'Not Being Prepared to Contribute'

Merkel had ensured that the whole of Europe now took this view, he said, adding that countries such as Spain and France had followed Germany's example by adopting measures similar to the "debt brake" that Germany had enshrined in its own constitution in 2009. Elements of the amendment began to take effect this year.

Turning to Britain, Kauder said the United Kingdom, as a member of the EU "also carries a responsibility for the success of Europe."

"Just looking for their own advantage and not being prepared to contribute -- that cannot be the message we accept from the British," Kauder said, referring to Britain's opposition to the financial transaction tax that Germany has been lobbying for in order to raise revenue for future bank bailouts.

Kauder said he could understand that a country like Britain, which derives 30 percent of its economic output from the City of London financial center, was reluctant to impose such a tax. But he added that it was "nonsense" to tax the sale of a coffee machine and leave financial market transactions untaxed. If Britain continued to resist the tax, the 17-member euro zone would have to introduce it on its own, he said.

British Prime Minister David Cameron is scheduled to visit Berlin on Friday for a meeting with Merkel. 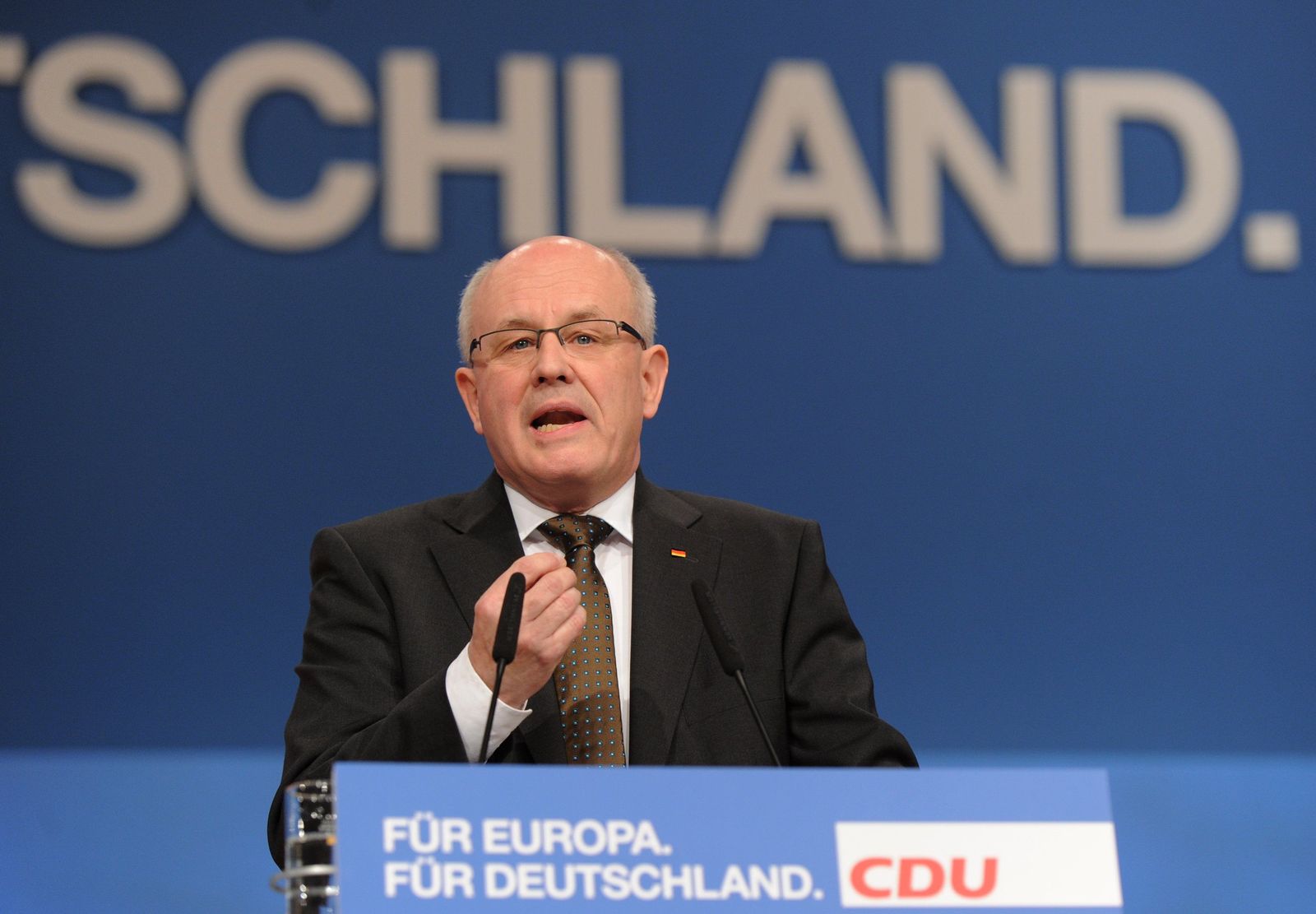