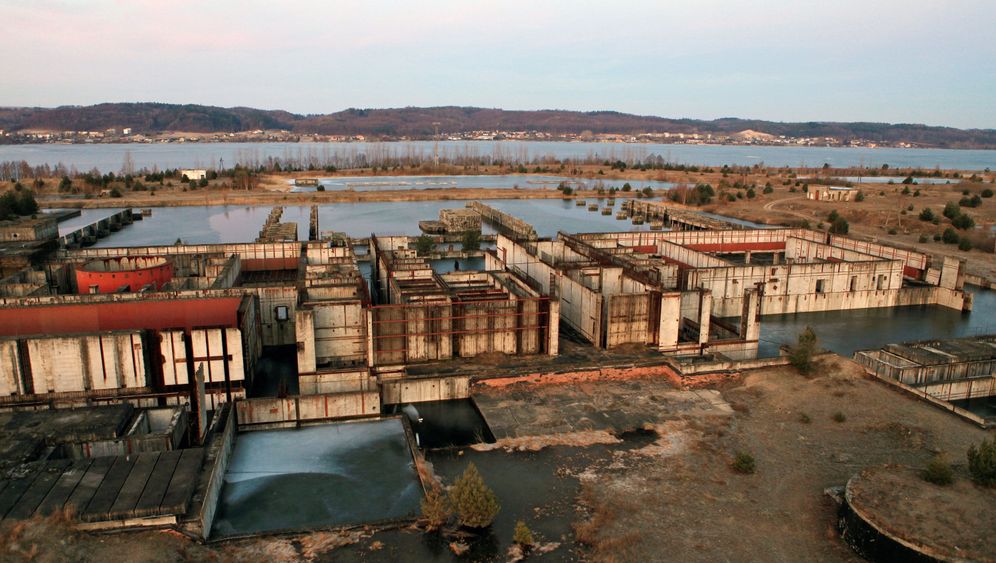 Photo Gallery: Campaigning Against the Nukes Next Door

They say you should keep your friends close and your enemies closer, but when it comes to nuclear power plants, German anti-nuclear activists are finding they're too close for comfort.

Less than a year after securing the rapid phaseout of nuclear plants in Germany, citizens concerned about nuclear safety are facing the unwholesome prospect of new plants popping up just over the border in neighboring countries. But they aren't letting it happen without a fight.

After Poland announced several possible locations for new reactors, including one less than 150 kilometers (93 miles) from the German border, German citizens flooded the Polish government with letters objecting to the plans. Environmental groups claim that a week ago Wednesday alone, the last day of the comment period, opponents of the plans submitted 50,000 objections.

German Chancellor Angela Merkel's government also submitted a statement, as did Anita Tack, a Left Party member and the environment minister of the state of Brandenburg, which is home to the majority of Germany's shared border with Poland.

"It is incomprehensible to me that our Polish neighbors still want to stick to their plans after the Fukushima disaster," Tack wrote in a letter to the Polish Economics Ministry last month. "Brandenburg has been against the use of nuclear power from the start," Tack noted.

A spokeswoman for the ministry, Alrun Kaune-Nüsslein, told SPIEGEL ONLINE the letter had been written in order to send a political message and to raise awareness among citizens. "A change in the original plans can only be achieved through a change of opinion among Polish decision-makers."

Poland is not the only source of German concern. On Tuesday, the governing coalition of the state of North Rhine-Westphalia -- comprised of the center-left Social Democrats and the Green Party -- announced its intention to object formally to the construction of a new nuclear reactor in neighboring Holland.

The proposed Borssele II plant would be located 180 kilometers from the North Rhine-Westphalia border. Environment Minister Johannes Remmel of the Greens said the plant posed "indefensible risks," and the state government intends to urge the Netherlands to undertake an "intensive investigation of alternatives."

A Full German Nuclear Phaseout by 2022

Germans have long been skeptical of nuclear power, but the timing and location of these planned nuclear plants is particularly frustrating to German anti-nuclear advocates. Four days after a massive earthquake and tsunami struck Japan last March and caused meltdowns at the Fukushima power plant, Merkel ordered the shutdown of eight of the country's 17 nuclear reactors. Two weeks later, the government announced that the remaining reactors would be phased out by 2022.

Environmentalists and safety advocates cheered -- but now, less than a year later, new plants are threatening to emerge across the border, a bit too close for Germany's liking.

"In the event of an accident, Germany would be affected by radioactive fallout," said Miranda Schreurs, director of the Environmental Policy Research Center at Berlin's Free University and a member of the German Advisory Council on the Environment. "So it's fair for Germany to be concerned."

German worries go beyond the direct threat of radioactivity. At the core of the debate is a philosophical and moral argument over whether it is right to pursue nuclear energy as a means of reducing reliance on fossil fuels and carbon dioxide emissions. The country has sought to establish an energy future for Europe centered on renewable, rather than nuclear, electricity. Already, this goal has been undermined by German electricity shortages in the wake of its nuclear shutdown, sometimes forcing Germany to import electricity from neighboring countries that use nuclear power.

Now, with more reactors being built by Germany's neighbors, nuclear power may become difficult to avoid.

"If other countries are developing nuclear power, it raises the question: In an integrated European energy network, to what extent is it really non-nuclear?" said Schreurs.

This is not the first time that Germany has objected to nuclear plants in neighboring countries. The plant in the Czech city of Temelin, 60 kilometers from the Bavarian border, has had more than 130 reported malfunctions over its 12-year history. While its first reactor was still in its initial test run, then-German Environment Minister Jürgen Trittin called for the accident-prone plant to be decommissioned. Two years later, with the plant's second reactor operational, he reiterated his call.

And last March, after the Fukushima disaster, the state of Baden-Württemberg asked France to shut down the 34-year-old Fessenheim plant, just two kilometers from the border, for three months -- the same moratorium initially planned for Germany's oldest plants after Fukushima. Both the Czech and French plants remained operational.

The current Polish case is noteworthy because of the conflicting interests at play. Poland is one of the few countries in Europe that does not have a single nuclear power plant in operation. The country began to construct a nuclear plant during the 1980s in Zarnowiec near Gdansk, but the Chernobyl disaster happened before it reached the final phase of construction and the Iron Curtain fell soon after. Today the site lies in ruin, a ghost of Poland's nuclear plans. The country has since named Zarnowiec as the possible site of a future atomic plant.

The country currently generates around 85 percent of its electricity from coal, an energy source that emits large quantities of greenhouse gases and contributes heavily to global warming. Building nuclear plants could help Poland reduce its emissions and achieve its clean energy goals.

Emissions reduction is a high priority for Germany, which aims to cut its emissions by 80 percent below 1990 levels by mid-century. But Germans prefer to replace dirty energy with renewable sources, such as solar and wind, which don't carry the safety risks of nuclear power.

These renewable sources, however, require considerable time and money to implement -- perhaps more than Poland is willing to invest.

"Germany should not say, 'Well, the Polish people aren't allowed to build nuclear power plants. You have to follow our way, to invest in renewables, which is extremely expensive,'" said Joachim Knebel, chief scientist at the Karlsruhe Institute of Technology. "Germany cannot order another country to follow its example."

'Germans Can Protest, But Poland Is an Independent Country'

But Scheurs counters that nuclear power is also not a quick way to cut emissions. "It takes an extremely long time to build nuclear power plants," she said. "You're looking at a 10- to 18-year time frame."

Meanwhile, government officials in Brandenburg are continuing with their efforts to discourage Poland from moving ahead with its nuclear ambitions. "In our view, the development of nuclear power is not a desirable alternative," spokeswoman Nüsslein said.

According to European Union law, neighboring countries have the right to raise objections to the construction of new reactors across their borders. The countries undertaking the construction, however, are under no obligation to listen.

"I don't know that the protests in Germany will change policy in the Netherlands or in Poland," said Scheurs. "But protest within the Netherlands itself is more likely to lead to a prevention of that power plant. In the Netherlands, the coalition in power is a minority government. And so the percentage of the population that's supportive of nuclear is not that large. The German protest could lend support to Dutch protesters who are opposed to nuclear power."

Knebel agreed. "Governments have no reason to listen to German citizens if they protest somewhere abroad," he said. "But of course other citizens or countries or parties might listen to what people in Germany do, and this might influence the behavior of political parties."

Ultimately, though, Knebel argued, Poland's decision is just that, and Germany can't expect to impose its will.

"Germany cannot forbid Poland to build nuclear power plants," he said. "Germans can protest, but Poland is an independent country. It can do what it likes."