Though talks are now taking place mostly behind the scenes, negotiations over another bailout program for Greece have not come to an end. On Saturday, Wikileaks published the transcript of an internal International Monetary Fund (IMF) phone conference.

A discussion between high-ranking IMF officials reveals the bitter divide between the lenders and how they're still far from reaching a sustainable solution for the financial crisis in Greece. Yanis Varoufakis, Greece's former minister of finance, sees parallels to the situation one year ago, when he was negotiating a credit line with the IMF, the European Commission and Euro zone member states. In an op-ed for SPIEGEL ONLINE, he describes his fears of a showdown between Greece and its lenders this summer.

Yanis Varoufakis, born in 1961, was the Greek minister of finance from January until July 2015. Prior to his time in the Syriza-led government he taught economics at universities in Athens, Sydney and Austin (Texas).

The feud between the International Monetary Fund (IMF) and the European side of Greece's troika of creditors is old news. However, Wikileaks' publication of a dialogue between key IMF players suggests that we are approaching something of a hazardous endgame.

Ever since the first Greek 'bailout' program was signed, in May 2010, the IMF has been violating its own "primary directive": the obligation not to fund insolvent governments. As a result, the IMF's leadership has been facing a revolt from its staff members who demand an exit strategy arguing that, if the EU continues to obstruct the debt relief necessary to restore the solvency of the Greek government, the IMF should leave the Greek program.

Five years on, this IMF-EU impasse continues, causing a one-third collapse of Greek GDP and fuelling hopelessness to a degree that has made real reform harder than ever.

Back in February 2015, when I first met Poul Thomsen (the IMF's European chief) in a Paris hotel, a fortnight after assuming Greece's finance ministry, he appeared even keener than I was to press for a debt write off: "At a minimum", he told me "€54 billion of Greece's debt left over from the first 'bailout' should be written off immediately in exchange for serious reforms."

This was music to my ears, and made me keen to discuss what he meant by "serious reforms". It was a discussion that never got formally off the ground as Germany's finance minister vetoed all discussion on debt relief, debt swaps (which were my compromise proposal), indeed any significant change to the failed program.

What new light does the leaked dialogue between Thomsen and Delia Velculescu (the IMF's Greek mission chief) throw on this saga? It reveals the following state-of-play, as assessed by the IMF:

To the uninitiated it looks as if the IMF-EU tussle is about some botched numbers. But the real issue behind them is deeply political and has ramifications well beyond Greece.

The IMF is right that the Commission's numbers do not add up and, thus, engender the insufferable hypocrisy of a Commission pretending to prefer "lighter" austerity when its denial of debt relief translates into a primary budget surplus target (total tax revenues minus government expenditure, exempting debt repayments) of 3.5 percent of Greek GDP which, in turn, requires measures even harsher than the IMF's.

The Commission's commitment to bad arithmetic is politically motivated: Making the numbers "add up" requires Mrs Merkel's admission that, in 2010, to gain her parliamentarians' consent to bailout funds that the insolvent Greek government would then pass onto the German and French banks, she made them a promise that could not be kept: that bankrupt Athens would pay every cent back and with interest! Such an admission today would be political poison for an already weakened Chancellor.

Are the IMF's numbers any better? Regarding the primary budget surplus target (a crucial number that must be kept under 1.5 percent of GDP to give Greece any chance of recovery) Thomsen and Velculescu embrace precisely the number that I was proposing to the troika last year.

Why then did the IMF not back me in 2015 but are adopting the same 1.5 percent surplus target now? Because they also wanted something that I would never grant: crushing new austerity which is inhuman and unnecessary but which, today, the Tsipras government (according to Velculescu) seems ready to accept, having already surrendered once in July 2015.

The IMF's austerity package is inhuman because it will destroy hundreds of thousands of small businesses, defund society's weakest, and turbocharge the humanitarian crisis. And it is unnecessary because meaningful growth is much more likely to return to Greece under our policy proposals to end austerity, target the oligarchy, and reform public administration (rather than attacking, again, the weak).

To give a monstrously exaggerated but terribly instructive parallel of the IMF's logic, if Greece is nuked tomorrow the economic crisis ends and its macroeconomic numbers are "fixed" as long as creditors accept a 100 percent haircut. But, if I am right that our numbers added up just as well, while allowing Greece to recover without further social decline, why did the IMF join Berlin to crush us in 2015?

For decades, whenever the IMF "visited" a struggling country, it promoted "reforms" that led to the demolition of small businesses and the proletarisation of middle-class professionals. Abandoning the template in Greece would be to confess to the possibility that decades of anti-social programs imposed globally might have been inhuman and unnecessary.

To recap, the Wikileaks revelations unveil an attrition war between a reasonably numerate villain (the IMF) and a chronic procrastinator (Berlin). We also know that the IMF is seriously considering bringing things to a head next July by dangling Greece once more over the abyss, exactly as in July 2015. Except that this time the purpose is to force the hand not of Alexis Tsipras, whose fresh acquiescence the IMF considers in the bag, but of the German Chancellor.

Will Christine Lagarde (the IMF's Managing Director with ambitions of a European political comeback) toe the line of her underlings? How will Chancellor Merkel react to the publication of these conversations? Might the protagonists' strategies change now that we have had a glimpse of them?

While pondering these questions, I cannot stem the torrent of sadness from the thought that last year, during our Athens Spring, Greece had weapons against the troika's organised incompetence that I was, alas, not allowed to use. The result is a Europe more deeply immersed in disrepute and a Greek people watching from the sidelines an ugly brawl darkening their already bleak future. 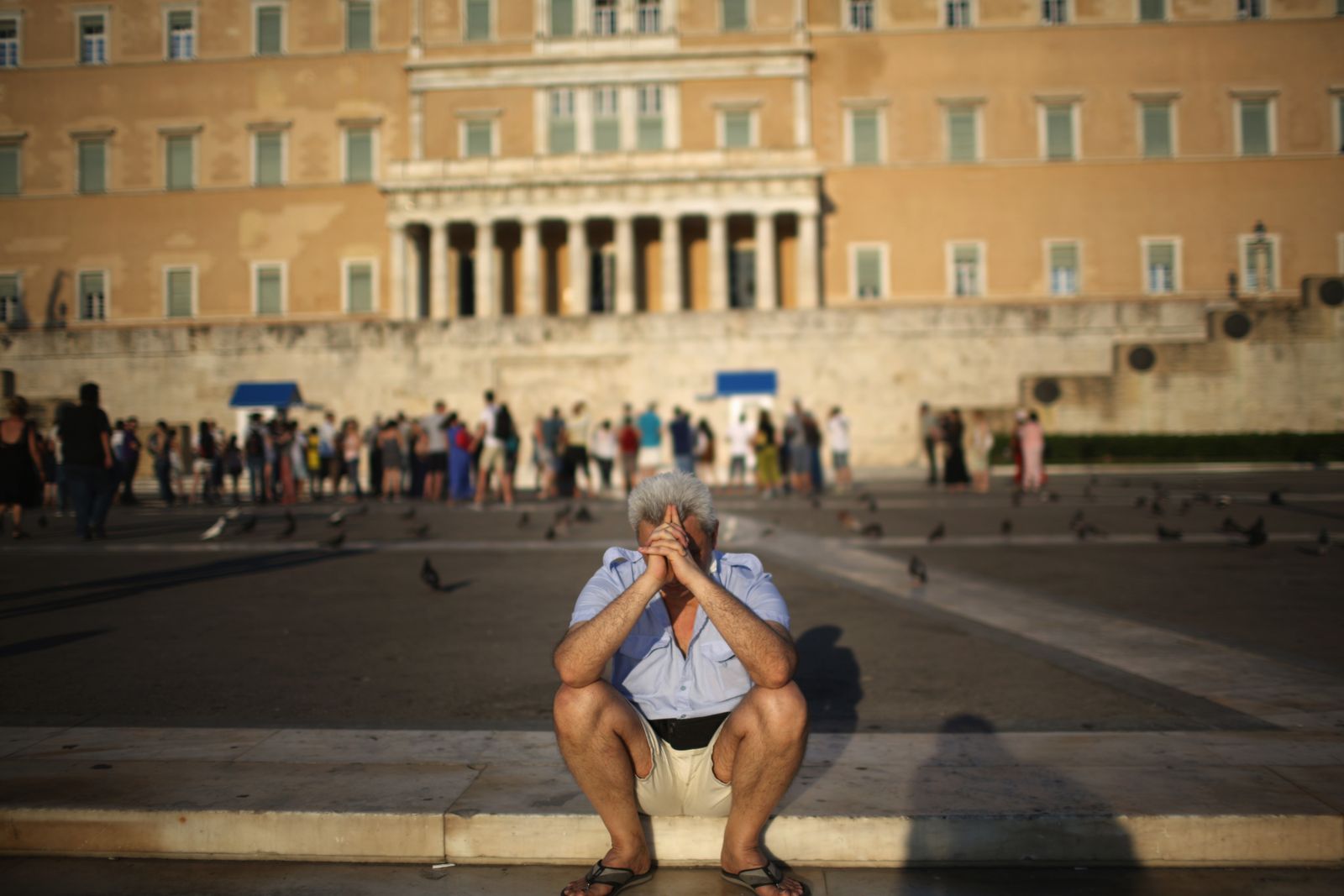