Brexit was a decision based on gut instinct rather than reason. The predominant sentiments in play were nostalgia, fear and a vague hatred of the establishment. On top of this comes a fear of foreigners that was deliberately stoked by Brexit strategists during the campaign -- and that's what makes this decision both sad and depressing.

It's also a lashing out against "the powers that be" in both London and Brussels. The British have followed a patriotic whim. All the flags, the drumming, the pledges and promises of the Brexiteers worked in the end -- and that's what makes this day so frightening.

Brexit has come to pass largely because of voters in England and Wales. A majority of voters in London and several electoral districts in southern England voted to remain in the EU, as did Scotland and Northern Ireland. It is now possible that Scotland may soon hold a second referendum on independence from the United Kingdom. It is a possibility that the United Kingdom could break apart. The economy is already in tumult.

The negative ramifications of a Brexit vote were predictable -- and were widely discussed prior to Thursday. But none of the warnings prevented the British from voting to leave. It is no less than an act of deliberate self-mutilation.

Britain has now become a little more foreign to us. The British voted against pragmatism and for risk. That's part of what makes this morning so surreal.

England in 2016 is a divided, uncertain country. It is difficult to believe what has happened here in the past several months. A relatively small, relatively unknown group of activists, gamblers and egocentrics managed to incite and drive a country out of Europe against the will of the prime minister and against the advice of economists, friends and allies around the world.

The Europe that woke up this morning is a weaker one. It will take years before Britain's exit from the EU is finally completed. Until that time, the Continent faces a period of uncertainty and tumult, as does Britain.

Brexit is a democratic decision that cannot be changed. Now Europe needs to learn a lesson from it -- it has no other choice. 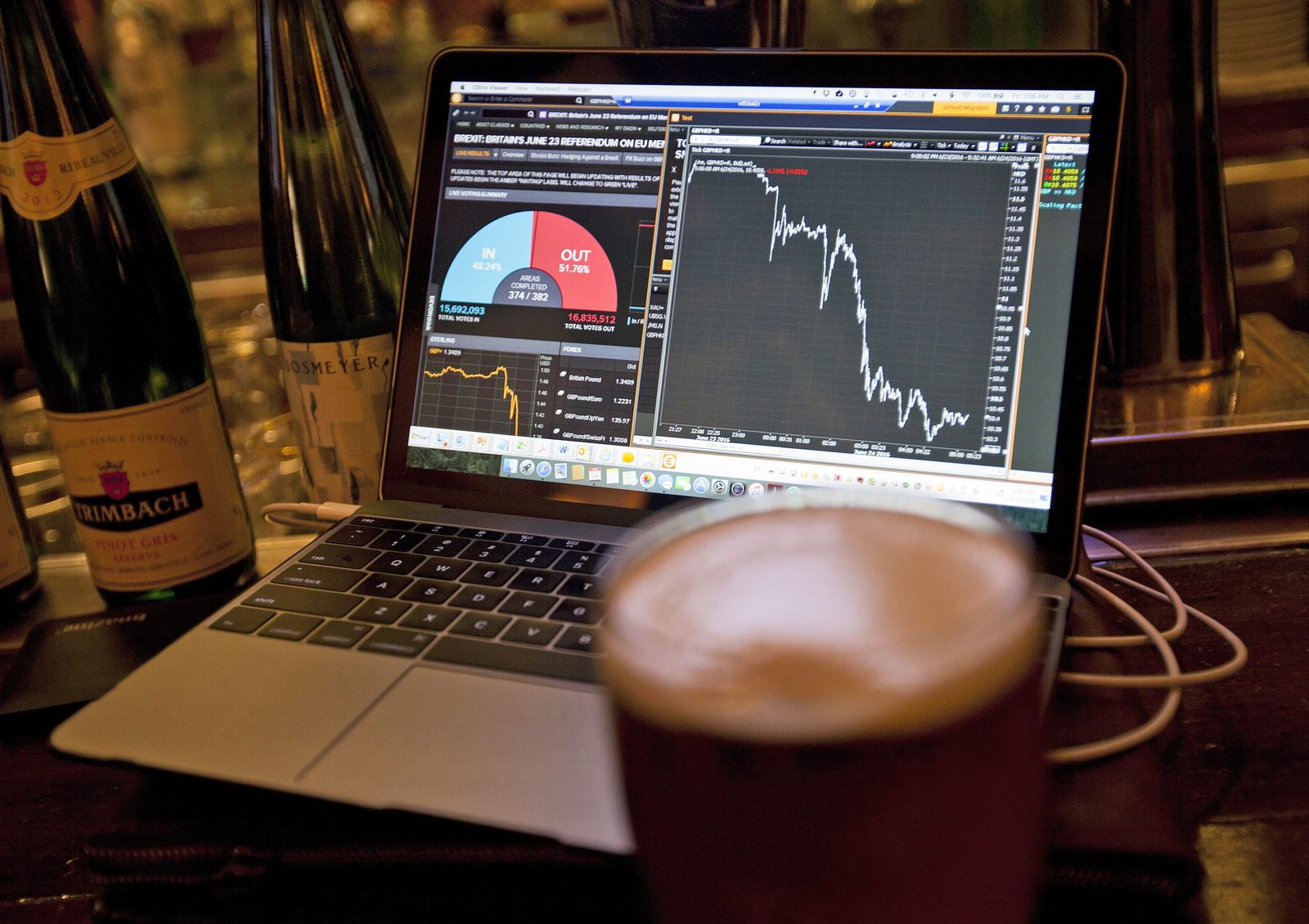 A British expat in Hong Kong watches the British pound fall after the Brexit vote on Friday.