Workers at the Warsaw headquarters of Frontex, the European border protection agency, track every single irregular boat crossing and every vessel filled with refugees. Since December 2013, the authority has spent hundreds of millions of euros deploying drones and satellites to surveil the borders.

The EU registers everything that happens near its borders. In contrast to the claims that are often made, they do not look away when refugees die. They are watching very closely. And what is happening here is not negligent behavior. They are deliberately killing refugees.

People have been perishing as they sought to flee to Europe for years now. They drown in the Mediterranean, bleed to death on the border fences of the Spanish North African conclaves of Ceuta and Melilla or freeze to death in the mountains between Hungary and Ukraine. But the European public still doesn't appear to be entirely aware of the dimensions of this humanitarian catastrophe. We have become accomplices to one of the biggest crimes to take place in European postwar history.

Barbarism in the Name of Europe

It's possible that 20 years from now, courts or historians will be addressing this dark chapter. When that happens, it won't just be politicians in Brussels, Berlin and Paris who come under pressure. We the people will also have to answer uncomfortable questions about what we did to try to stop this barbarism that was committed in all our names.

The mass deaths of refugees at Europe's external borders are no accidents -- they are the direct result of European Union policies. The German constitution and the European Charter of Fundamental Rights promise protection for people seeking flight from war or political persecution. But the EU member states have long been torpedoing this right. Those wishing to seek asylum in Europe must first reach European territory. But Europe's policy of shielding itself off from refugees is making that next to impossible. The EU has erected meters-high fences at its periphery, soldiers have been ordered to the borders and war ships are dispatched in order to keep refugees from reaching Europe.

For those seeking protection, regardless whether they come from Syria or Eritrea, there is no legal and safe way to get to Europe. Refugees are forced to travel into the EU as "illegal" immigrants, using dangerous and even fatal routes. Like the one across the Mediterranean.

A Darwinist situation has emerged on Europe's external borders. The only people who stand a chance of applying for asylum in Europe are those with enough money to pay the human-traffickers, those who are tenacious enough to try over and over again to scale fences made of steel and barbed wire. The poor, sick, elderly, families or children are largely left to their fates. The European asylum system itself is perverting the right to asylum.

There is widespread dismay in Europe over the latest ship sinking last weekend -- an incident in which more than 650 people died off the coast of Libya on their way to Italy, the greatest number in such an incident yet. Once again, people are saying that a tragedy like this cannot be allowed to be repeated. But the same words were uttered following the disaster off the coast of Lampedusa in autumn 2013 and off the coast of Malta last September. On Monday, just hours after the latest incident, history threatened to repeat itself, with hundreds of people aboard a refugee ship in the Mediterranean in distress.

European politicians lament the refugee drama. But then they continue to seal the borders -- the very act which is the precondition for the disaster.

The leaders of the EU member states and their interior ministers can no longer be allowed to continue to get away with the status quo. The EU must move immediately to create legal ways for refugees to reach Europe. The United Nations Refugee Agency (UNHCR), human rights organizations like Germany's Pro Asyl and Human Rights Watch have long pointed out ways in which this might be done.

These reforms wouldn't suddenly eliminate irregular migration, but they would help to reduce the suffering. Contrary to what European leaders and interior ministers claim, deaths at Europe's borders can be prevented. At the very least, their numbers could be dramatically reduced. But that requires a readiness on the part of Europeans to protect people and not just borders. 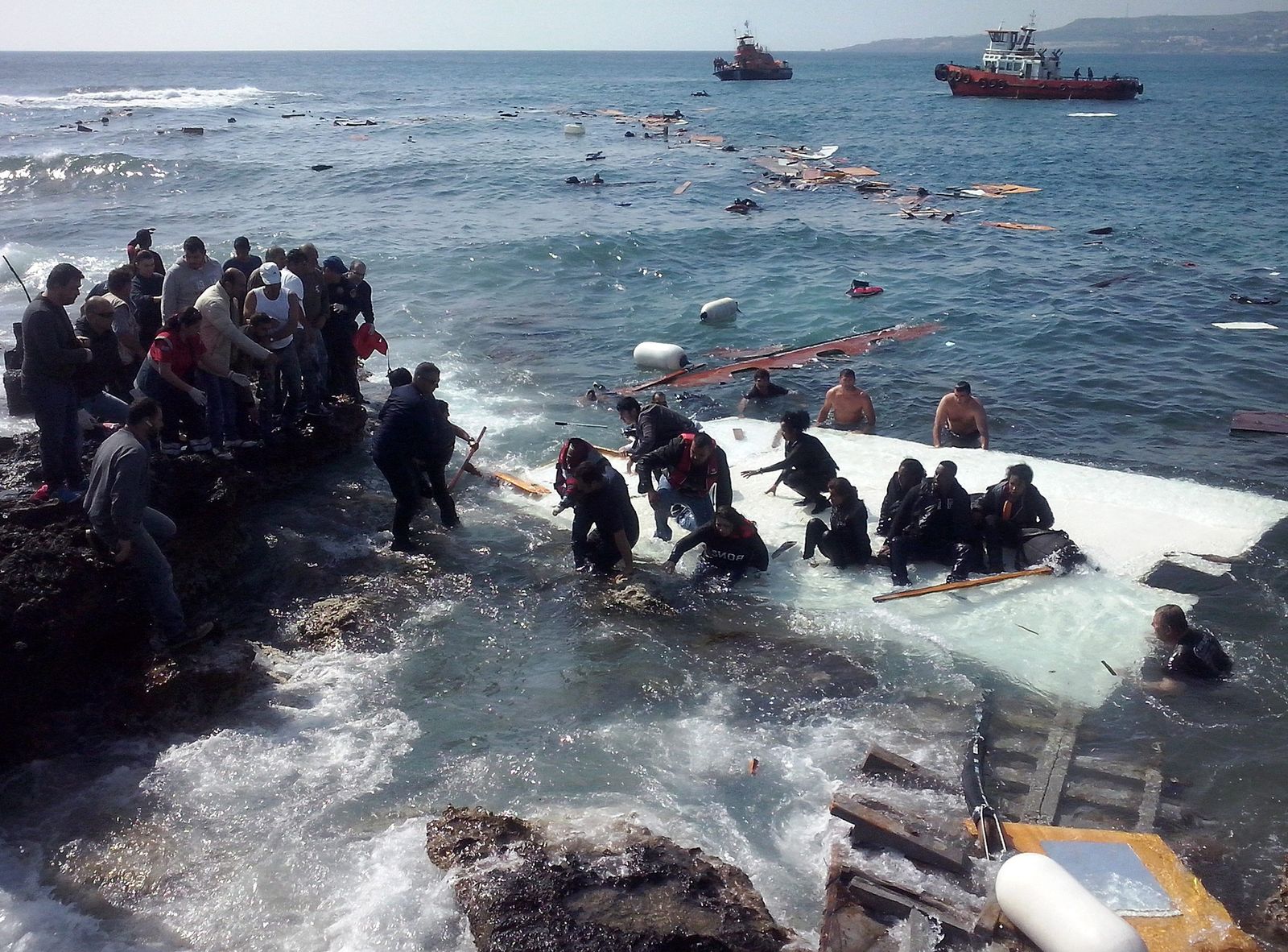 Migrants arrive at Rhodes island in Greece after narrowly escaping catastrophe on Monday. The bodies of several victims were recovered during the rescue operation.