With the award ceremony approaching in January, sports journalists have spent recent weeks casting their votes on who should be honored as the best football player of the year. There is little doubt that Champions League victor and European Champion Cristiano Ronaldo will win yet another Ballon d'Or, or golden ball. It is fitting in more ways than one.

Sport is supposed to be a cut above normal life -- morally pure, at least that's the idea. A competition in which all athletes adhere to the same set of rules and in the end, the best one wins. But elite sports never really lived up to that expectation, nor could they. Athletes are not better people. Often, in fact, they can to be worse -- egocentric and merciless. In some disciplines, only the merciless win.

Football, though, always seemed detached from reality. Temple-like stadiums, places where great things happen. Teams that gather together in circles before and after the games, millionaires and masseurs arm in arm, united in friendship. Happiness and suffering are real; football triggers emotions even in difficult times. Grown men and women are deeply moved when their team takes the field, evoking their first visit to a stadium as a child. Some can still recite from memory their team's line-up from 40 years ago. Never has knowledge been more meaningless.

That's why it is so painful to see how the modern system of professional football works -- a system so rotten and utterly dishonest. All the contracts, account statements and correspondence that DER SPIEGEL and its partners with the investigative journalism network EIC have seen in recent months prove that professional football resembles an organized crime syndicate more than it does any kind of sporting ideal.

The revelations are unprecedented. The football world is no longer radiating under the stadium lights. Football Leaks is now lighting it up from the inside out. In a series of stories, DER SPIEGEL and its 11 partners is showing what has become of The Beautiful Game.

Player agents are the godfathers in this world. They threaten, they blackmail and they buy and sell human beings. Their only goal is to maximize profits. Morality or loyalty to a team, even such a desirable state of mind as satisfaction, no longer play any role: The next contract must be landed. Money, money and more money.

The professional players go along with it because they believe that trying to earn the greatest possible amount of money, even through the use of shell companies, is all part of the game.

Teams also play along even though no one is forcing them to do so. They act as if they are contributing to the common good. Some promote tax evasion while at the same time demanding taxpayer money for new stadiums. Executives and management boards know that they are lying to their fans. Player V pays no taxes; Player W has long since been sold to team X, but it is publicly denied; Player Y would be the better option but stays on the bench because Agent A has demanded that Player Z play, otherwise the team won't get Player B.

Yes, football is Manchester Capitalism. Countless talents are run into the ground so that one might succeed. The grim reality is that the next transfer is always on the horizon. Fans hope that the arrival of a new star will provide fresh hope for tomorrow, but the conditions for that star's onward sale have long since been established. Few who are part of the system question it because they all profit. Prior to Football Leaks, no one who wasn't part of the system was able to truly comprehend how it works; no one could control or sanction it.

Does it really have to be this way? Teams are social entities; members and shareholders have rights. Fans don't have go along with everything. They can express their disgust or stay away from the stadiums. Customers can also opt for other goods or even organize themselves in protest. One thing should be clear, though: Maintaining the position, "It's a beautiful game and I don't want to know more than that," is no longer tenable.

The major tournaments have already long since been perverted. The European Championship and the World Cup used to be the perfect size until they were bloated and destroyed in order to bring in more money. European leagues have become boring. The same teams always win -- that is, unless Red Bull pumps millions into a team to make it happen, but is that really the kind of pseudo-parity people want?

Until now, it was perhaps possible for some football fanatics to think that, even if a few functionaries make misguided decisions, the game itself was healthy. That, though, is incorrect. Football Leaks proves that the many boring matches and the ruined tournaments are merely the symptoms. The game is sick. 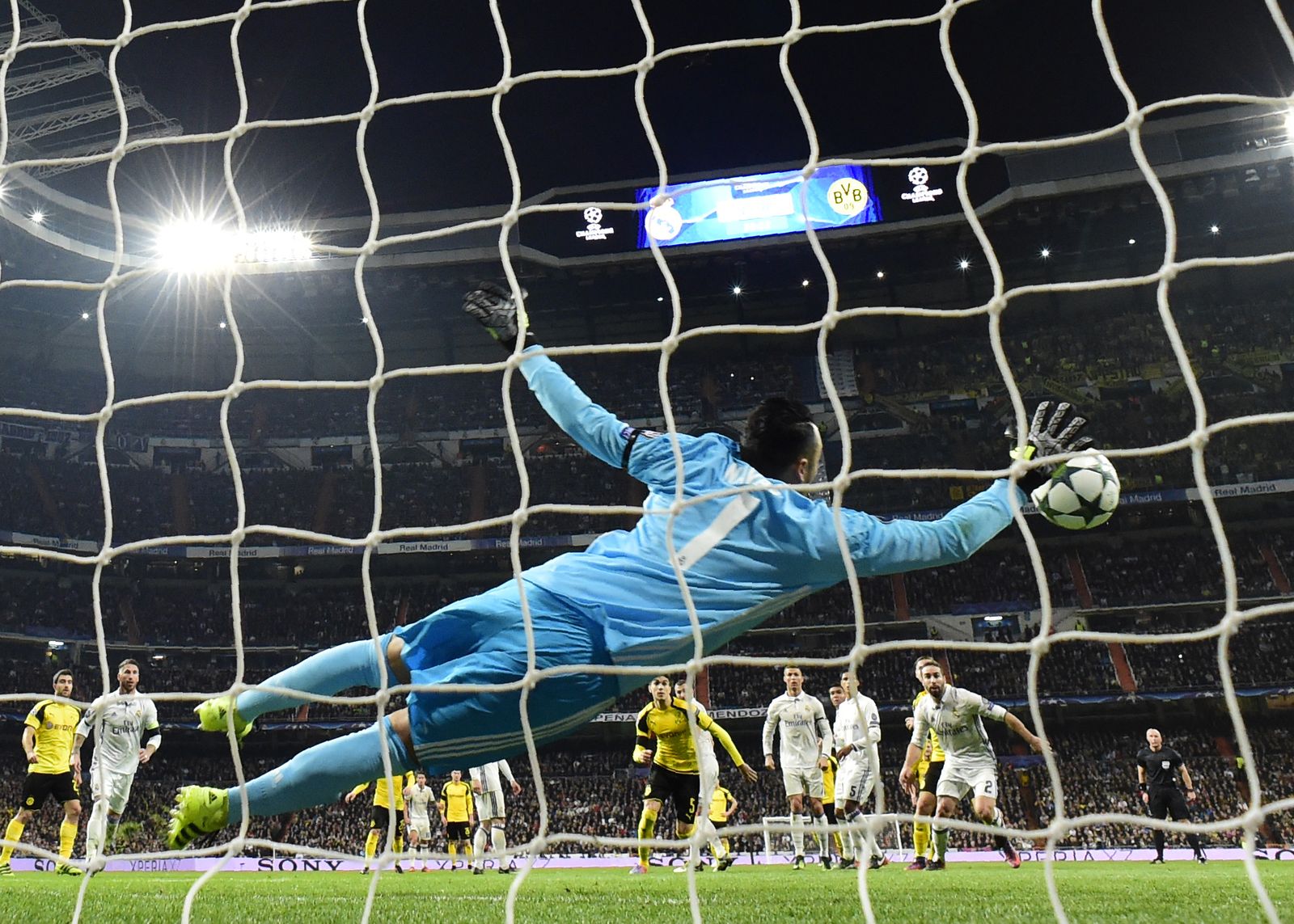 Real Madrid's keeper Keylor Navas making a save against Dortmund