After over a year of futile attempts to rescue the euro, it would be difficult for even the most ardent supporters of the common currency to avoid coming to the same conclusion: The euro zone is anything but an optimal currency area.

The level of economic productivity in the 17 member countries is simply too disparate. In the core, there are booming regions like Germany, while members on the periphery are ailing and at risk of drowning in their quagmire of debt.

On top of that, the institutional structure of the currency union doesn't have the means to successfully combat a crisis. Although the European Central Bank (ECB), which is responsible for maintaining price stability in the euro zone, is one of the world's most powerful central banks, it does not answer to a single government with one finance minister. Rather, it has to deal with a tangled mess of different bodies when it comes to protecting the euro. Decisions on the common currency are made by the Eurogroup, which comprises the finance ministers of the member states, the European Union's executive, the European Commission, and, when it comes to issues of principle, the European Council, made up of the heads of state and government of all the EU members. This cocktail of competencies makes it difficult to speak with one voice.

What are the options open to the potential euro rescuers? When it comes down to it, they have two alternatives. The first one would involve shrinking the euro zone so that it consists only of countries whose economies are compatible with each other and which can afford to share a currency. The weak members would thereby be eliminated and would have to reintroduce their own currencies.

It will not come to this. But that is not because German Chancellor Angela Merkel insists that the euro-zone members will defend the currency come what may. The chancellor no longer possesses the credibility to make such a claim. No, the reason this scenario is unlikely is because its consequences would probably be much more expensive for the member states -- both the strong and the weak -- than carrying out additional rescue measures.

If Greece were to leave the euro zone, the likely consequences would be the following. The reintroduced drachma would immediately lose value against the euro. Greece's debt, which would still be denominated in euros, would therefore grow even bigger, and the country would find itself in an even bigger crisis than before. As a result, the Greek banking system would collapse. Financial institutions in other countries would also be in trouble because the Greeks would no longer be servicing their debts. On top of that, speculators would immediately start betting on which country would be next to leave the common currency.

To defend themselves against that new crisis, Greece and the remaining members of the euro zone would have to put together multibillion rescue packages to save their banks. That would involve billions in taxpayer money. But the collateral damage to the economy would be even worse. At stake would be nothing less than the European single market, the basis for economic success and prosperity in Europe, including a number of euro-zone members like Germany who are currently faring well. The euro-zone members will not be prepared to pay this price, and neither should they.

Against that backdrop, the euro-zone members have little choice but to go with the second alternative. They have to try to even out the different levels of productivity in the euro zone, so that the members fit better together. There are three ways they can try to do this:

The latter approach is the most likely. It is the course that the euro-zone countries have already been taking. The three main debt-stricken countries -- Greece, Portugal and Ireland -- have enacted comprehensive reform programs in a bid to bring their public finances back into balance and make their economies competitive. Because those countries can only raise money on the capital markets by paying high interest rates, the countries in the rest of the euro zone, together with the International Monetary Fund, have been lending them money.

The hope that the aid payments would only be required to bridge a temporary financial squeeze has proved illusory. Greece's aid package looks set to be doubled and extended. The introduction of a permanent rescue mechanism in 2013 means that the aid will effectively be guaranteed for all eternity.

Now the key thing is to cap the transfer payments. Arbitrary upper limits do not help much -- the experience with Greece shows that such limits are simply raised when necessary. A more promising approach would be to slash the financing requirements at their root. For Greece, it seems inevitable that much of its debt will have to be written off. The country has a public debt equal to nearly 160 percent of its gross domestic product. If it was relieved of half of that, the debt would be left at a completely viable level, one that would be in the middle of the range in comparison to other European countries. Of course, the banks, which still hold the largest share of Greek debt, would have to be protected against such a haircut -- with billions in aid.

That would not be the end of the story, though. A debt restructuring would not do anything for the future economic recovery of the country. Greece would therefore have to keep pushing forward with reforms, in other words: liberalization, flexibilization and privatization. This will be painful for all concerned, but it is inescapable. Only then can the semi-socialist economic and social structures in the battered country be overcome. It is the only way to turn Greece into an attractive location for foreign investment. It may, however, take a while for the reforms to pay off.

The euro rescuers should absolutely resist the temptation to launch an investment program for the peripheral states, as many people are calling for, in a bid to promote economic growth in those countries. Experience with the reconstruction of the former Eastern Germany after German reunification in 1990 shows that such measures only serve to literally cement economic disparities.

Based on this analysis, what should the economic firefighters in Brussels and other European capitals do? The answer is that they should continue with their current course of improvisation and muddling through -- but do it better than before.

As a first step, they should dispel the taboos that impede clear thinking. That applies in particular to Chancellor Merkel, whose public rhetoric currently alternates between insulting the Greeks and indulging them. She should admit to herself, and to the general public, that the rescue efforts will take much longer than originally planned and will end up being more expensive. She should explain to her voters that the billions of euros that are being made available are not handouts to lazy southern Europeans, but are more akin to an insurance premium to secure Germany's economic well-being.

Another taboo also needs to fall. The crisis shows that the euro zone really needs something like an economic government. Improved economic and fiscal oversight of the member states and a more rigorous Stability and Growth Pact are good ideas and a step in the right direction, as was the introduction of a chairman for the Eurogroup a few years ago. But this is just the beginning. What is needed is a double-whammy approach, if you will, combining closer cooperation with improved coordination. There is no way around the fact that the euro-zone members will have to give up even more of their sovereignty in the process.

This week's EU summit in Brussels would be a good opportunity to reset the euro zone's approach to fighting the crisis. The chances of the about-turn happening there are slim, though -- but it will have to happen sooner or later. 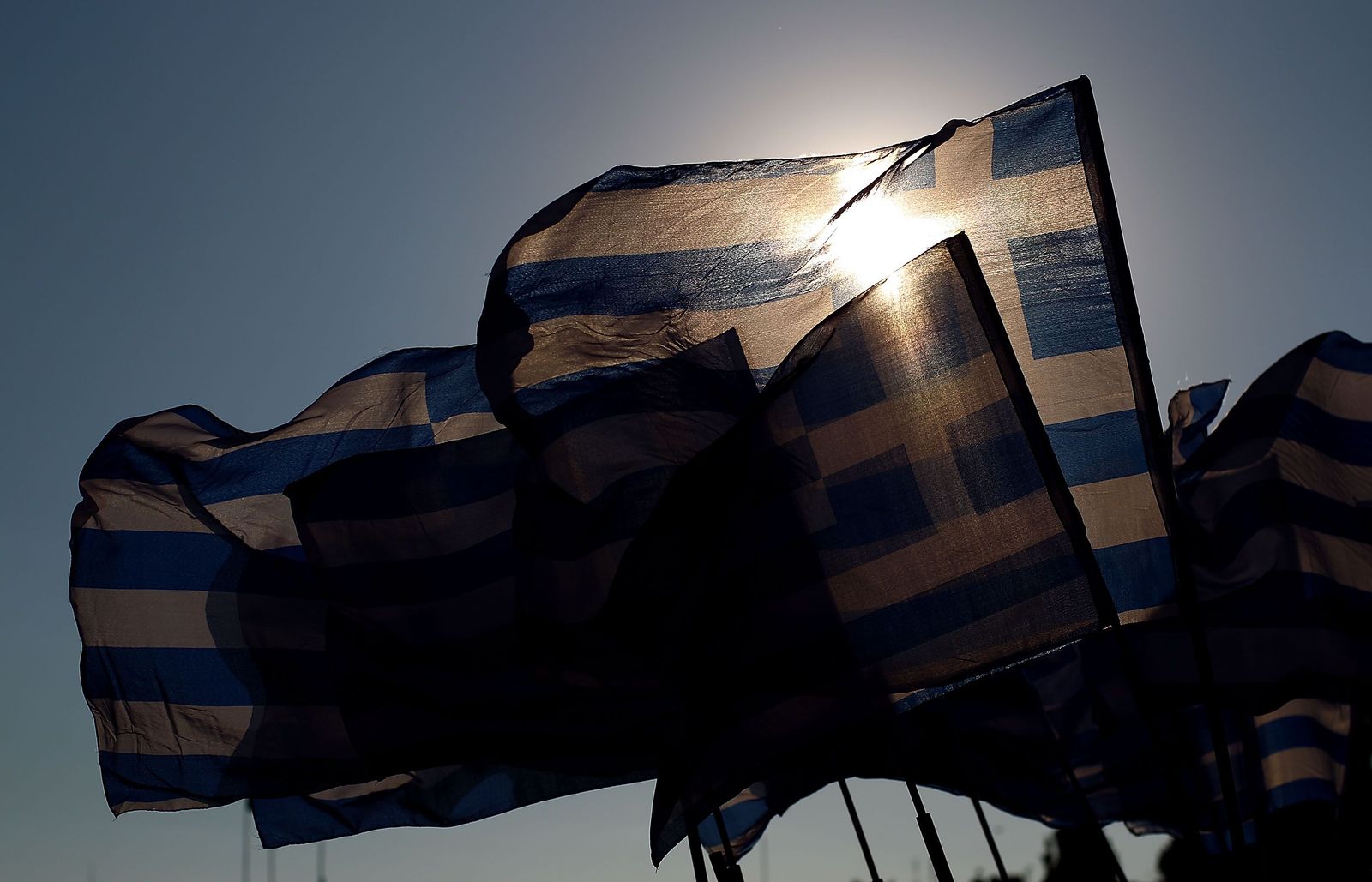 The euro zone needs a new approach to fighting the Greek debt crisis.