For two years, the British government has been negotiating the terms of its withdrawal with the European Commission, and now Prime Minister Theresa May is unable to secure a majority for that deal in parliament. The more chaotic things get in London, the more tempting it will become for the country to exit from Brexit through the emergency door the European Court of Justice unlocked on Monday when it declared that the British government could unilaterally move to revoke Article 50. A second referendum that would provide democratic legitimacy to that step seems increasingly likely.

But such a move could potentially have graver consequences than an orderly Brexit -- both for Britain and the EU.

A Possible Boost for the EU's Foes

There's a good and perhaps even compelling argument for a second referendum: Now that a deal with the EU is on the table, voters would at least finally know what it is they were voting on. In the first referendum in June 2016, that wasn't even remotely the case.

But the campaign ahead of a second referendum would in all likelihood be even more xenophobic and hate-filled than the first. That could in turn produce a British society that is even more divided than it already is today, particularly given that recent polls show the pro-EU camp winning a second referendum by a narrow margin. This time, however, it is likely that the losers would be even angrier and more disappointed than the losers of the first vote. Many would feel that their long-desired Brexit had been stolen from them and would turn away from democracy in frustration. It would provide a significant boost to anti-European right-wing populists.

And this would lead to problem No. 2: Such an outcome would also be uncomfortable for the rest of the EU. The European bloc is currently desperately seeking to find common ground on important policy areas including economic and monetary union, defense and immigration. A Britain that is hopelessly divided on domestic policy could cause significant damage were it still an EU member state.

A Divided Britain Would Be a Difficult EU Partner

EU-hostile media and right-wing populists have been going after British governments since long before the Brexit referendum. One can only imagine what they might do if the Brexit they fought for with almost religious fervor were to be reversed. The British government would surely face massive resistance each time it took a step toward deeper integration with the EU.

Of course, the idea that British political clowns like Boris Johnson, Nigel Farage and Jacob Rees-Mogg might receive their comeuppance in a second referendum is certainly tempting to some in the EU, as is the prospect of keeping a major country like Britain in the club. But it would be better for all concerned if the country first spent a few years outside the union.

There is almost nothing to suggest at the moment that these years would be pleasant. Britain would hardly have much of a voice amid the large power blocs of the United States, China and the EU. Furthermore, if Britain were to ultimately accept the EU deal, it would still be years before the country was allowed to negotiate trade deals of its own -- and those treaties would take several more years to finalize. It seems unlikely that the British would be able to secure more favorable conditions than the much larger EU.

In the best-case scenario, Britain would then apply to rejoin the EU -- after coming to the realization that not everything about the EU is bad and that Britain itself is no longer a world power.

That, though, is a conclusion that a large majority of the the British voters have to arrive at themselves. As the experiences of the past two years have shown, they're not there yet. 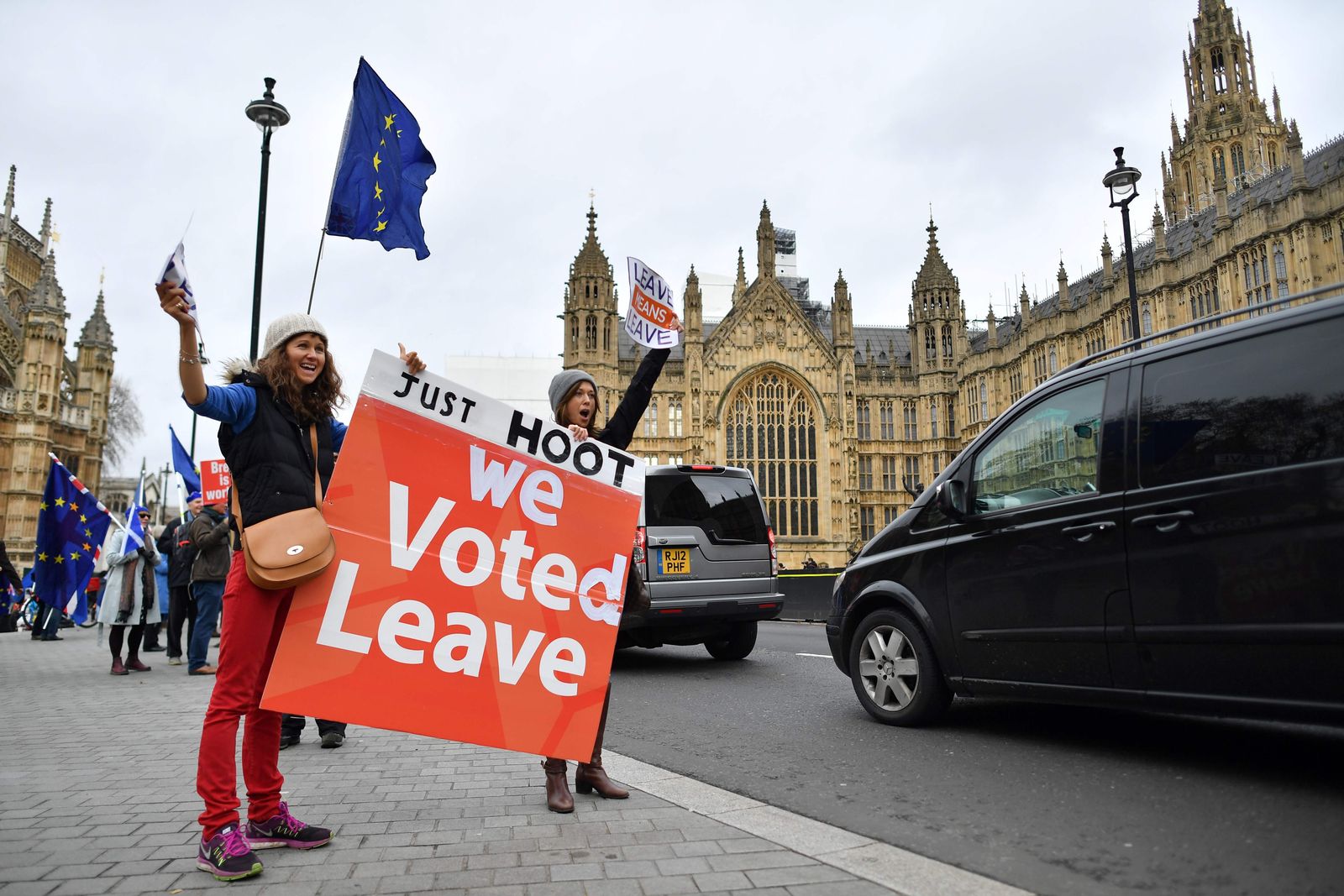