Let's be clear: Jean-Claude Juncker is no friend of Germany. More to the point, the man is only friendly to the Germans so long as they are willing to cover the debts of their neighbors without grumbling too loudly. But as soon as Berlin suggests that other countries first take a look at their own spending before asking for German help, Mr. Juncker becomes indignant. Those well-behaved Germans, who he has praised in the past for doing so much for unity on the Continent under Helmut Kohl, quickly become barbarians in his eyes, unwilling to learn anything from the past.

Here are a handful of examples. During the peak of the euro crisis, there came a point when German parliament didn't immediately rubber stamp a part of some bailout package, preferring to take its time to clarify some details. An indignant Juncker railed: "Part of the problem is acting as if Germany is the only virtuous country in the world, as if Germany is having to foot the bill for all the other countries. That's very insulting to the others." When Germany insisted that countries requiring aid commit to stricter budget discipline, he stated: "Why does Germany bestow itself the luxury of constantly deciding domestic policy for others when it comes to the issue of the euro? Why does Germany treat the euro zone as if it were some kind of franchise in its own chain?" When Germany rejected the idea of euro bonds, he had this to say: "This method of erecting taboo areas in Europe and not even considering the ideas proposed by other people is a very un-European way of taking care of European business. Germany's thinking is a bit simplistic."

Word has it that Jean-Claude Juncker now wants to become European Commission president. The only person at the moment who has the power to stand between him and this goal is the German chancellor. On the flip side, support for the former Luxembourg prime minister is greatest in places that have the most to gain from his rise. So it's worth recalling just how this man thinks -- a man who is being peddled as the only obvious candidate by interested parties.

Juncker is basing his claim on the results of the European election, which this time was allegedly not only about voting to determine the distribution of seats in the European Parliament, but also the nomination for the far more important post of the European Commission president. The deception started at the very beginning. And it was Juncker, of the conservative Christian Democrats, and his co-candidate Martin Schulz, of the center-left Social Democrats, who unleashed this illusion that the election would be about more than filling the seats in parliament. They did so to position themselves for more powerful offices. The fact that this fiction is now being maintained doesn't make it any less of a fiction.

What in most places would be called a shell game is called "democracy" in Brussels. First you pull the wool over the eyes of the people by making them think they can vote for something over which, in fact, the leaders of the EU member states have the power of determination. And when these leaders finally insist on their right to ignore these self-nominated candidates, the talk is suddenly of disregard for the electorate.

Turning a Currency Union into a Debt Union

The fact that no one has stepped up to reel off a list of qualifications that would make a convincing case for recommending Juncker for the post is most telling. His only real achievement is the fact that he managed to hold on to power for 18 years in a country whose business model is based on providing safe harbor to tax evaders from neighboring countries. Indeed, this is a man who knows a thing or two about living off of other peoples' money. It remains one of the great mysteries of this European business how the left-leaning Social Democrats of all parties could stand behind a man who is social only in an extremely broad sense.

Juncker is part of a faction on the Continent who dream of transforming Europe's currency union into a debt union. This is good news for those who, for some time now, have felt that Europe has gotten carried away with its austerity measures. We shouldn't be fooled. When Italian Prime Minister Matteo Renzi now offers the prospect of support for Juncker, what we are seeing is really part of a larger offensive against Berlin's so-called austerity diktat. Renzi doesn't even bother to hide this, either, demanding that the EU must finally abandon its austerity policies. Renzi's position seems to be: If Juncker can help achieve that goal, then he must be the right candidate.

Those still capable of distinguishing between Italian and German interests can only hope that the German chancellor will for once listen to the British and send Juncker packing with a resounding "nein". Even if the rest of the world is pointing fingers at David Cameron right now, that doesn't mean the English prime minister is wrong. On the contrary: In the case of the European Commission, we would be well advised to close ranks with London rather than with Rome and Luxembourg. 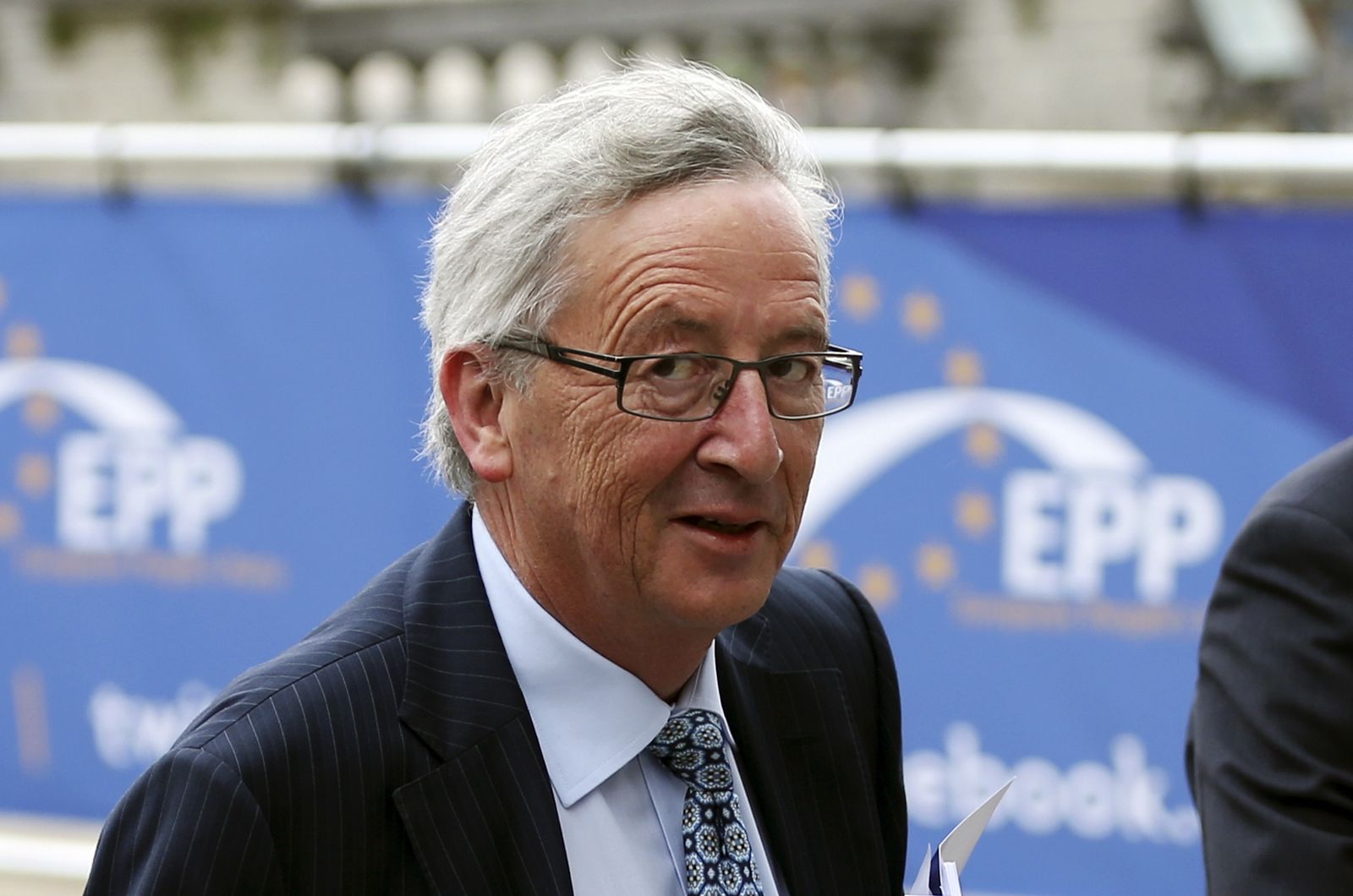 Jean-Claude Juncker on Germany: 'Very insulting to others.'