Athens must have come across like a ghost town to German Finance Minister Wolfgang Schäuble during his visit to the Greek capital on Thursday. The city center was sealed off and protests were banned. There were considerable fears that riots might break out because of the hatred many Greek people harbor toward the finance minister. The leftist newspaper Avgi greeted his arrival with a well-known Latin slogan: "Ave, Schäuble, morituri te salutant" -- Hail, Schäuble, those who are about to die salute you. When state visitors in a united Europe are received in that fashion, something has clearly gone terribly wrong.

Athens gives Schäuble a good opportunity to view the rubble of the failed policies toward Greece of recent years. At the beginning of the crisis, experts with the European Union and the International Monetary Fund (IMF) predicted a short period of pain for the country. If it worked hard to achieve its austerity homework, the worst would soon pass, they said. Instead, the Greek economy has been in a state of recession for five years now, with no end in sight. Unemployment is at 27 percent. And the country's so-called rescuers would consider it a success if that figure were to climb just a little bit slower.

Of course there are no easy fixes for a crisis this deep -- nor is there a single culprit. The forces of inertia among Greece's political and administrative elite contributed a great deal to the current misery. But Schäuble has also played a rule by blocking possible paths out of the crisis for the country. 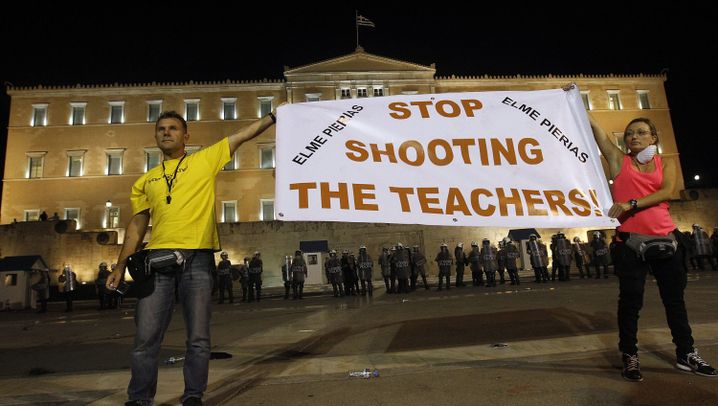 The issue now is a further debt haircut that would make it possible for the country to shed itself of a tremendous burden. During the current calendar year, Greece's mountain of debt will grow by around €330 billion ($432 billion). That's almost 180 percent of annual economic output. Few other countries in the world have liabilities that high -- at least none with the kind of weak economic structure Greece has. The interest payments the Greek state has to send abroad are making the recession even worse, which in turn is causing debt levels to rise. How is Greece ever going to get itself out of this vicious circle?

It's Time to Give Greece a Fair Chance

It already happened once, at the beginning of 2012, that private creditors forgave a part of Greece's debt. But it was already clear at the time that it wouldn't go far enough. In order to truly and sustainably help the country out, public creditors (e.g. the governments of countries like Germany) would also have to write off part of the money they lent to Greece. Currently, two-thirds of Greece's bonds are held by public creditors abroad.

Whether one wants to call that step a haircut, debt forgiveness or a state bankruptcy is of secondary importance -- the different designations only define the conditions under which the debt is trimmed. What is clear, though, is that Greece would be given a fair chance to grow its way out of the crisis on its own.

Of course, there is one hitch. The pain would no longer be felt exclusively by the Greeks -- it would also hit taxpayers in the rest of Europe, especially those in Germany. For the first time in the four years of the crisis, their pocketbooks would be hit massively -- because the money from the loans to Greece that are written off would then be missing somewhere else in government budgets.

That sounds rather uncomfortable. And as a taxpayer, one would certainly expect that his or her own government would attempt to prevent this scenario from becoming a reality. From the way things look now, though, there is no longer any way of preventing this. At this point, the worst cannot be prevented -- it can only be delayed by repeatedly providing Greece with new loans and leading the people to believe that the sums given will someday be paid back. If need be, they can also just extend the period on the loans to future generations of politicians.

That's precisely the approach being taken by Schäuble and Chancellor Angela Merkel. Federal elections in Germany take place on Monday, Sept. 22 -- and neither wants to negotiate under any circumstance any haircut or possible liabilities for Germany before that time. And after that? The finance minister will probably just waffle about.

He prefers to talk about a new aid program -- in other words, further billions in loans that will merely serve to increase Greece's debts and exacerbate the problem. And the burdens these loans will create for Germany? It's possible Schäuble won't be in office when they become a reality. The more honest way of handling this is to admit now what is really going to happen. 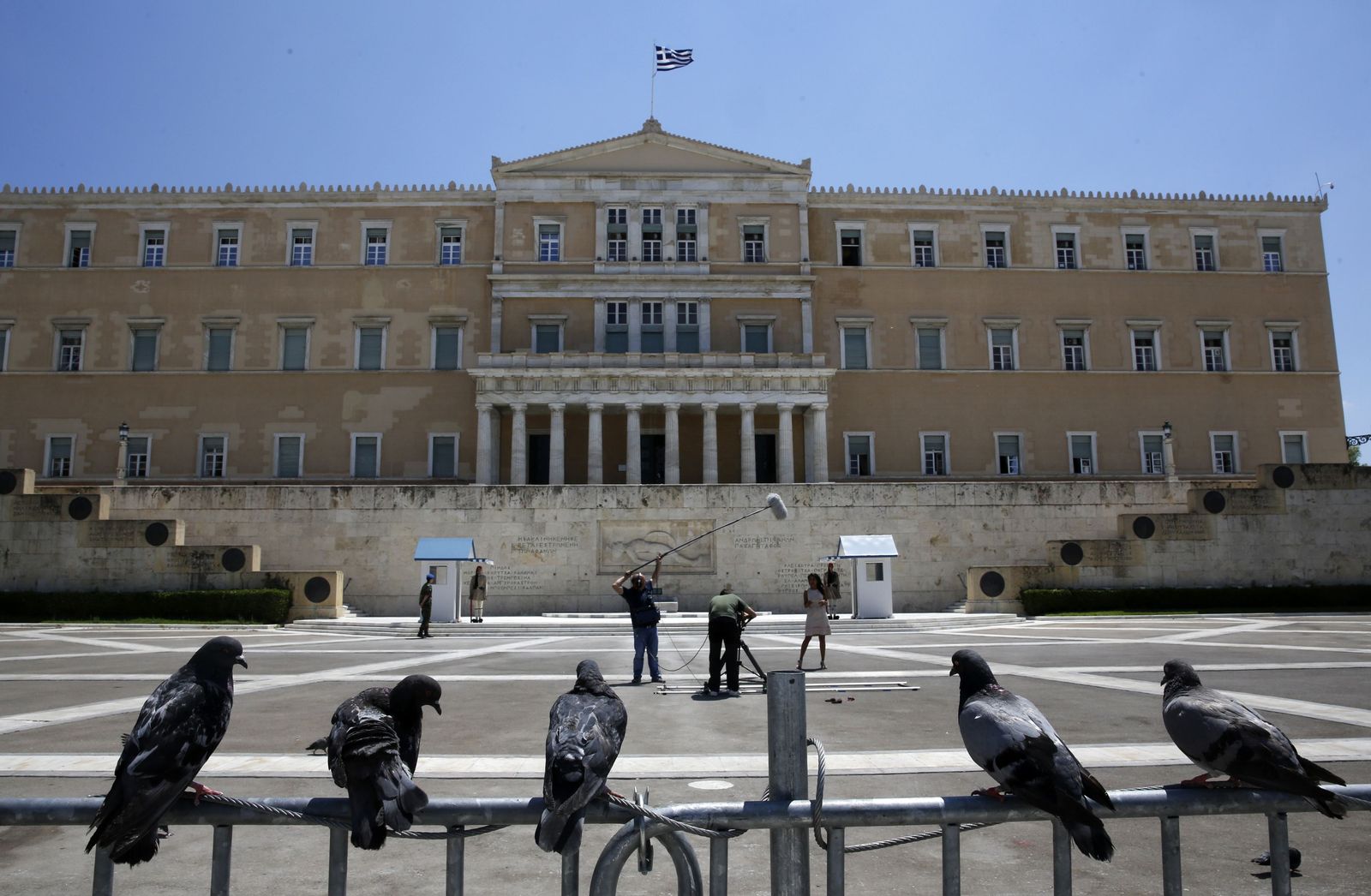 Streets were closed to traffic in downtown Athens and protests were banned during German Finance Minister Wolfgang Schäuble's visit.