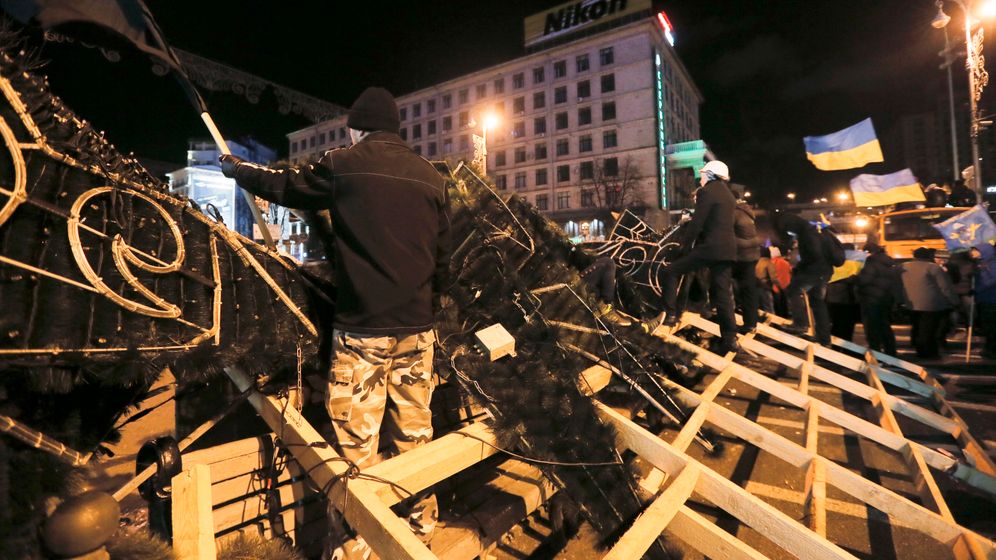 Mass protests in Ukraine widened further on Monday as confrontations between opposition protestors and government forces intensified. With more than 100 people being injured in clashes over the weekend, German Chancellor Angela Merkel has cautioned against violence at peaceful demonstrations. She urged Ukraine President Viktor Yanukovych and his government to "do everything possible to always protect freedom of expression and the right to peaceful demonstrations."

Government spokesman Steffen Seibert said the pro-European rallies in Ukraine were sending out a "very clear message," and he added: "It is to be hoped that President Yanukovych perceives that message." Seibert added that the protestors also have to take responsibilities for their own responsibilities, "so that there is no escalation."

Germany's acting foreign minister, Guido Westerwelle, spoke of the "striking commitment" of hundreds of thousands of Ukrainians to the European Union. "This shows that the hearts of the people in Ukraine beat European." Westerwelle wants to participate at a ministerial meeting of the Organization for Security and Cooperation in Europe (OSCE) in Kiev on Thursday. he could also meet with Ukrainian opposition.

The pressure on Ukrainian President Viktor Yanukovych has been mounting since last week. Following Sunday's mass rally in Kiev at which violent clashes broke out, thousands of anti-government protestors spent the night in tents on Independence Square in the middle of the capital. With light rain falling and the temperature not rising above 4 degrees Celsius, many lit small fires to keep warm.

Opposition leader and world heavyweight boxing champion Vitali Klitschko appealed to the demonstrators not to give up control of the city center during the night. "We have to mobilize the country and must not lose the initiative," he said. Klitschko is at the head of the UDAR Party (Ukrainian Democratic Alliance for Reforms; the abbreviation also translates to "strike" or "punch"). He is considered one of the strongest challengers facing Yanukovych in the presidential election scheduled for March 2015. A spokesman for the Klitschko opposition bloc announced a blockade of state administrative buildings from early on Monday.

The head of the far-right Svoboda Party ("Party for Freedom"), Oleh Tyahnybok, said: "A revolution is starting in Ukraine. We are launching a national strike."

His remarks were broadcast live by Ukrainian and Russian television stations. Klitschko and Tyahnybok, together with the Fatherland Party of jailed former Prime Minister Yulia Tymoshenko, have formed a tripartite opposition alliance called the Action Group of National Resistance. Their aim is to bring down Yanukovych and set Ukraine back on a Europe-friendly course. The alliance wants to use the general strike to force new elections.

International Support for the Protests

NATO Secretary General Anders Fogh Rasmussen has called on all parties to refrain from violence. He appealed to the Ukrainian government to respect freedom of opinion and freedom of assembly. He referred to a study published in Brussels suggesting that many Ukrainians want closer relations with the European Union. Above all, he said, "it is the right of people everywhere to express their views in a democratic way." Violence and force, he added, "are not the way to resolve political differences in a democratic society."

The foreign ministers of Poland and Sweden, Radek Sikorski and Carl Bildt, key figures in the EU's eastern policy, issued a joint statement expressing solidarity with the protestors, while Jen Psaki, a spokesperson for the US State Department, said: "Violence and intimidation should have no place in today's Ukraine."

On Sunday, around 100,000 opposition supporters gathered on Independence Square in defiance of a ban on rallies until Jan. 7. Around double that amount were believed to be in the city center in total. There were violent clashes on the fringes of the demonstration with police reporting roughly 100 officers injured. According to the city authorities, nearly 50 protestors also needed treatment for injuries. Several dozen members of Svoboda occupied a vacant public building and hung a Ukrainian flag from the window.

There were also protests in other parts of the country. In Lviv in western Ukraine, about 50,000 anti-government demonstrators took part in a rally. In Donetsk, in the Russian-speaking region in the east of the country where the president comes from, 250 people defied a ban on demonstrations. For days, supporters of closer ties with the EU have been protesting against Yanukovych.

Ukraine is locked into its deepest political crisis since the Orange Revolution of 2004. It was spurred on by Yanukovych's decision to cancel an association treaty with the EU, originally due to be signed last Friday, after Russia threatened trade sanctions. 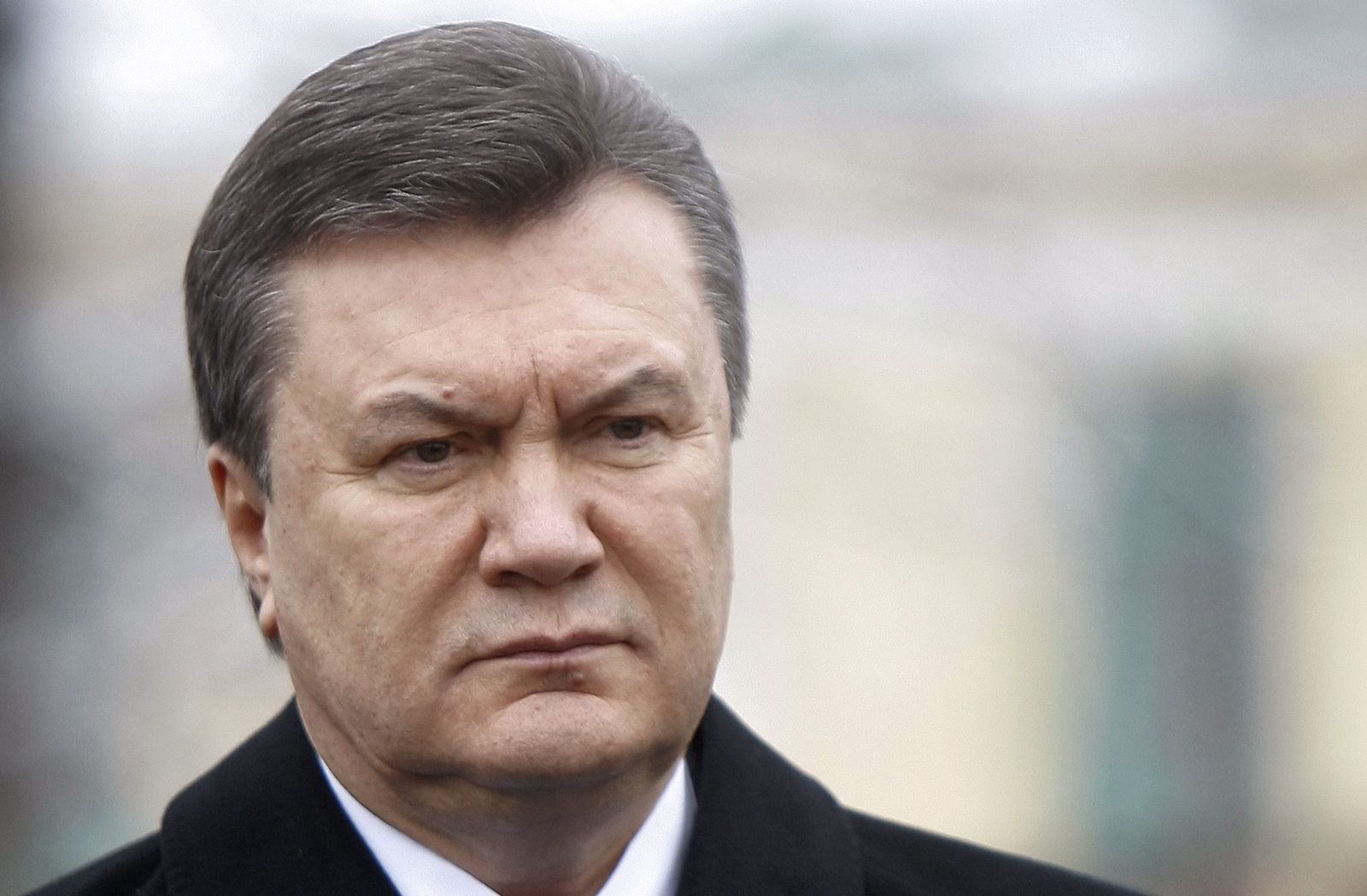 Abandoned agreement: After years of negotiations, an association agreement with the EU was all ready to be signed until President Viktor Yanukovych nixed it under pressure from Moscow.