Can governments really legislate a svelte population? A number of governments in Europe, concerned about the growing waistlines of their citizens, seem to think so.

The Spanish government wants to ban excessive trans fats, Denmark will soon be taxing sweets and in Romania, Health Minister Attila Cseke has said he would like to see a tax on unhealthy food.

In Germany, too, there are some in Berlin who would like to see a government offensive against girth. In a Monday interview with the Rheinische Post, Green Party floor leader Renate Künast wants to ban advertising for sweets aimed at children.

"Aggressive advertising campaigns aimed at children 12 years and younger should be forbidden," Künast told the paper. "Food commercials, which are mostly ads for sweets, should not be broadcast during children shows. We need a ban."

Eating Habits of the Citizenry

Künast's comments come as several European Union governments are taking a closer look at the eating habits of their citizenry. Last week in Bucharest, Cseke announced that a new tax would go into effect at the beginning of March on fast food. About 25 percent of the Romanian population is considered obese, according to estimates by the Romanian Society of Nutrition.

"The new tax will account for a percentage of fast food product sales and the revenues that we will collect will be used to supplement funds needed to run health programs and invest in system infrastructure," Cseke said.

A number of large fast-food chains, including McDonalds and KFC, would be affected by the tax. Should it go into effect as announced by Cseke, it would be the first such tax in the world. The parliament in Taiwan is also set to consider a similar law this year.

According to the World Health Organization, the prevalence of obesity has tripled in many European countries since the 1980s, with the rate, particularly among children, continuing to rise. For years, studies have found Germans among the most obese people in Europe, with Greeks and the British likewise tending toward the ultra-large. But obesity is seen as a growing problem in many European countries.

Lawmakers, though, are only now beginning to take unhealthy eating habits seriously. Denmark too, is looking into using fiscal policy as a way to still its population's desire for sweets. A new tax on chocolates, ice cream and other sweets -- to be added to an already-existent tax on sodas this year -- will generate some 1.5 billion Danish kroner (€200 million) per year, according to a study by the Confederation of Danish Industry's Food Branch.

When it comes to the food front, though, much of the legislative focus continues to be on trans fats -- a type of unsaturated fat used in many fried foods and which has been linked to coronary disease. The fats have already been banned from restaurants in numerous US municipalities as well as in California.

In Europe, Denmark was an early adherent to the anti-trans fat bandwagon, passing a law drastically limiting their use in 2004. Last October, Austria introduced a similar restriction. And this year, Spain is set to follow suit.

But it's Romania's efforts to tax fast food which are turning the most heads when it comes to combating the growing problem of obesity in Europe. If it passes. Romania's Finance Minister Sebastian Vladescu downplayed the proposal last week, saying it was "just an idea."

And there are those in Romania who think that it wouldn't work to improve Romanians' health anyway. "It would be naive to believe our good minister when he says that this tax will prompt people to eat more healthily," wrote the Romanian daily Adevarul last week. "A quick glance at other sin taxes is ample proof of that. Does anyone know how much cigarette smoking or alcohol consumption went down once they were more heavily taxed? No, because not even (former health minister) Eugen Nicolescu, who introduced the new tax, cared much about that." 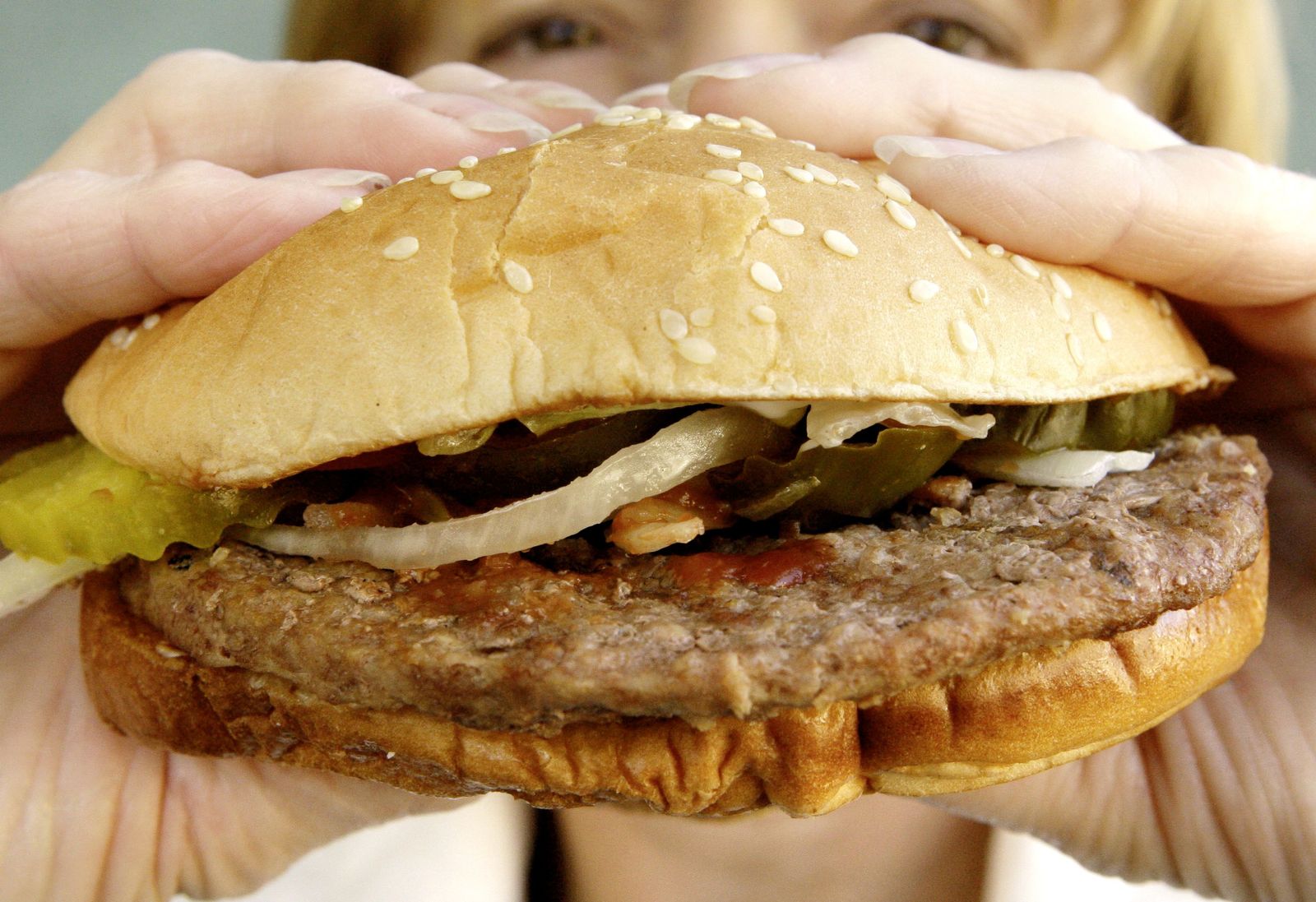 Fast food burgers may soon be taxed in Romania.