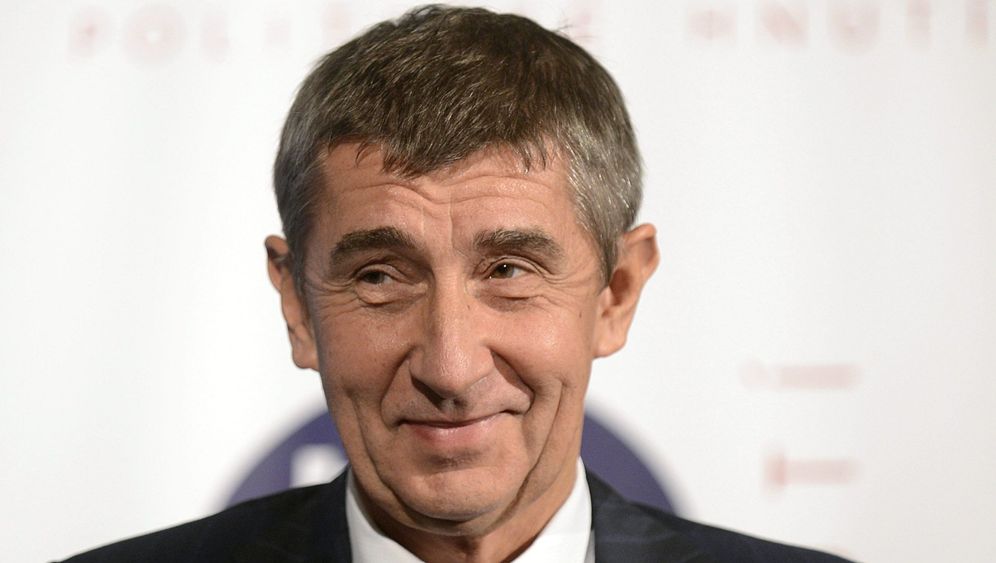 A Czech tabloid recently nicknamed Andrej Babis, the new star on the Czech political scene, "Babisconi." But, when compared with Italy's Silvio Berlusconi, he quips: "I have no interest whatsoever in underaged girls."

In truth, there are some similarities between the Czech and the former Italian prime minister: Babis is a billionaire and the country's second-richest man. But he earned his fortune in agriculture, investing in grain, milk, meat and fertilizers. He likewise owns the Lieken wholesale bakery in Germany and has recently invested millions in a media conglomerate, including Mlada fronta Dnes, the country's largest broadsheet newspaper. Babis is now intent on entering politics.

Using private money, Babis established his ANO party, which means "yes" in Czech and stands for "Action of Dissatisfied Citizens." In the run-up to parliamentary elections, ANO has polled strongly: It may even become the second- or third-strongest party in parliament.

Babis is not the first outsider in Prague who has unexpectedly turned into a darling. The Czech public despairs of its political class and is willing to give anyone a chance who isn't a radical or a member of the establishment.

'I Want to Run the Country Like a Business'

Czech politics has been buffeted by scandal after scandal, and these elections were called because Prime Minister Petr Necas was forced to resign in the summer in the course of a scandal. Police combed his office after allegations arose that his chief of staff -- who was also his alleged mistress -- had bribed parliamentarians and instructed security services to surveil Necas' wife, from whom he was separated.

Babis' success is perhaps surprising given how little he has to say for himself. "I want to run the country like a business," he says before adding that the Czech Republic should no longer be governed by politicians "who have never worked." But, in Czech politics, few are troubled by Babis' lack of clarity on policy issues.

Earlier in the year, former Prime Minister Milos Zeman won the presidency. After a hiatus from politics, all Zeman seemingly had to do was show some folksy charm. He has admitted to drinking "six glasses of wine and two shots of plum brandy" daily. Zeman is also known for his bluster, often referring to political opponents as "hyenas."

Zeman smokes around 40 cigarettes a day and recently astonished his audience at a speech when he claimed that smoking is not harmful to one's health as long as one only starts after the age of 27.

Much more serious, though still an outsider, is Karel Schwarzenberg, the prince and former foreign minister who leads the fiscally conservative TOP 09 party. Some Czech voters support the amiable, idiosyncratic man and his party even though he speaks their language with a faint German accent. As a member of Europe's upper nobility, he has nine first names and was forced to live in exile for a long time during the country's communist era.

Paradoxically, even those who held power during that period are viewed as outsiders today. Since the country's transition to democracy, Czech communists have replaced the hammer and sickle of their party logo with cherries -- but that's about all the changes there have been. Indeed, they are considered to be the only communist party in Europe that sticks to the tenets of the Iron Curtain age. But doing so has given them an onerous stigma: No other party dares to team up with the oppressors of yore -- but, of course, this has also left them free of the taints of any scandals or affairs. They can expect to attract about as many votes as Babis, the billionaire.

Election experts predict that the party landscape in the Czech parliament will be very fractured, with up to 10 factions. The Social Democrats led by Bohuslav Sobotka will form the strongest faction, but they will have a hard time cobbling together a coalition government with staying power. It's hard to say whether Babis will play an important role in this, seeing that he lacks the lust for power and craftiness of a Berlusconi.