The signs of the approaching storm were visible early on. Shortly before Thursday's summit of European Union leaders in Brussels, French President Nicolas Sarkozy referred to the president of the European Commission as "Monsieur Barroso." It marked a noticeable contrast to the way that Sarkozy normally addresses Jose Manuel Barroso. Usually, he uses the informal second person pronoun "tu," or calls him "cher Jose Manuel" ("dear Jose Manuel") or "mon ami" ("my friend").

But the European Commission president has fallen out of favor in Paris -- Sarkozy made that very clear. What was also abundantly clear was that fact that the focus of Thursday's summit would not be the euro-zone reforms or the debt crisis in the spring, but the row over France's deportations of Roma.

The storm broke shortly afterwards. With quiet words, but a threatening tone, Sarkozy told other European leaders that France would not tolerate such "outrageous" criticism from the Commission, according to diplomats. Then an open argument erupted on the highest level. Sources reported that Sarkozy and Barroso engaged in a "very hard exchange of verbal blows." According to summit participants, Sarkozy said, in front of all the European leaders present, that "the Commission has hurt France," while Barroso energetically defended the Commission's role as guardian of the EU treaties. The Commission will not let itself be distracted from its work, Barroso reportedly said.

The French message could not be ignored: As a major European power, it expected a Commission kowtow. But if that's what Sarkozy was hoping to see on Thursday, he was waiting in vain.

Roma Are Priority in Clearances

For about one hour, the 27 European leaders debated France's treatment of Roma and Sinti people. The French government has ordered dozens of Roma settlements in France to be cleared. Since the beginning of the year, more than 8,000 Romanians and Bulgarians have been flown back to their home countries. The fact that most of them were Roma was no coincidence: In a circular sent to local authorities, which was leaked earlier this week, the French government had said that Roma camps were the priority when it came to clearing illegal settlements.

That approach struck EU Justice Commissioner Vivian Reding as illegal. Accordingly, she said on Tuesday that she was convinced the Commission would have no choice but to take action against France for breaking an EU directive that allows citizens and their family members to move freely within member states.

Indeed, Reding appears to have European law on her side. Citizens of the European Union have the legal right to settle in any member countries. It's true that any state may set limits on that law, but those restrictions cannot be simply based on ethnic origin. Reding, who is Luxembourg's representative on the commission, believed that the French policy violated that rule. "This is a situation I had thought Europe would not have to witness again after the Second World War," she said on Tuesday.

The response from France came quickly. Reding's remarks were "shocking and anachronistic," said French Immigration Minister Eric Besson, while Prime Minister Francois Fillon called her comments "scandalous." Sarkozy even mockingly suggested that the commissioner allow the Roma to settle in her tiny home country of Luxembourg, if she did not approve of the deportations in France.

This, in turn, irritated Luxembourg's foreign minister, Jean Asselborn. Reding had spoken as an EU commissioner, not as a representative of Luxembourg, he said. "I think she reacted in the heat of the moment and went a little too far," he said. Nevertheless, he added, the systematic expulsion of Roma corresponds neither to European nor French ideals. The Commission must therefore examine the events in France closely, he said.

'Sarkozy Is Losing It'

To the chagrin of the French, Commission President Barroso takes a similar view of the situation. Some of what the justice commissioner had said was indeed misleading, he said, but essentially she was correct -- France's deportations would have to be examined. Sarkozy could complain as much as he wished, but he would remain tough, Barroso said Thursday.

In a bid to limit the escalation of the conflict, Commissioner Reding had on Wednesday evening assured the French government in writing that she regretted any misleading formulations. The Elysee Palace, Sarkozy's official residence, said in a statement that it had "noted" the apology. But that did not stop the conflict from spreading. The dispute between Brussels and Paris has since grown into a controversy whose fronts cut right across the European political spectrum.

"Sarkozy is losing it," wrote the Spanish newspaper El Mundo. The Austrian newspaper Der Standard argued in contrast that the whole of Europe was "complicit in what is happening in France," saying that the EU as a whole had failed to integrate Roma properly.

Italian Prime Minister Silvio Berlusconi immediately expressed his support for Sarkozy. He had similar problems with illegal Roma camps and would like to get rid of their residents as easily as possible, he said.

Even German Chancellor Angela Merkel had showed understanding for Sarkozy's indignant reaction. Merkel said that Reding's tone and especially her historical comparisons were "not entirely appropriate." But the Commission naturally had the right to check whether member states were violating the legal foundations of the EU, Merkel said.

At the EU summit on Thursday, some of Sarkozy's European colleagues attacked him with unexpected vehemence. "I do not consider mass repatriation like this as normal," said Bulgarian President Georgi Parvanov. Others said that it was not only the Commission's right, but its "duty," to investigate such incidents, given its role as the "guardian" of the EU treaties.

According to participants, Sarkozy repeatedly tried to reduce the debate to the commissioner's "derogatory remarks" which had "sullied the image of France." Again and again, however, the majority of leaders present brought up "the problem of the French deportations." Foremost among Sarkozy's critics was Commission President Barroso, a politician who until now has been noted more for his readiness to defer to European heavyweights than to attack them. Similarly, the Polish president of the European Parliament, Jerzy Buzek, who is usually known for his strict neutrality, also defended the Commission against Sarkozy's accusations.

In a bid to avoid a public scandal, European Council President Herman van Rompuy was eventually sent out to formulate, together with a group of skilled diplomats, a statement that would create the impression of unity in the midst of the discord. In the end, the only agreement that was reached was that the EU leaders would decide on a common strategy for dealing with the problems of integration of Roma at the next summit in October.

In the meantime, Sarkozy has announced that the evictions will continue. The quarrel between France and the EU appears to be far from over. 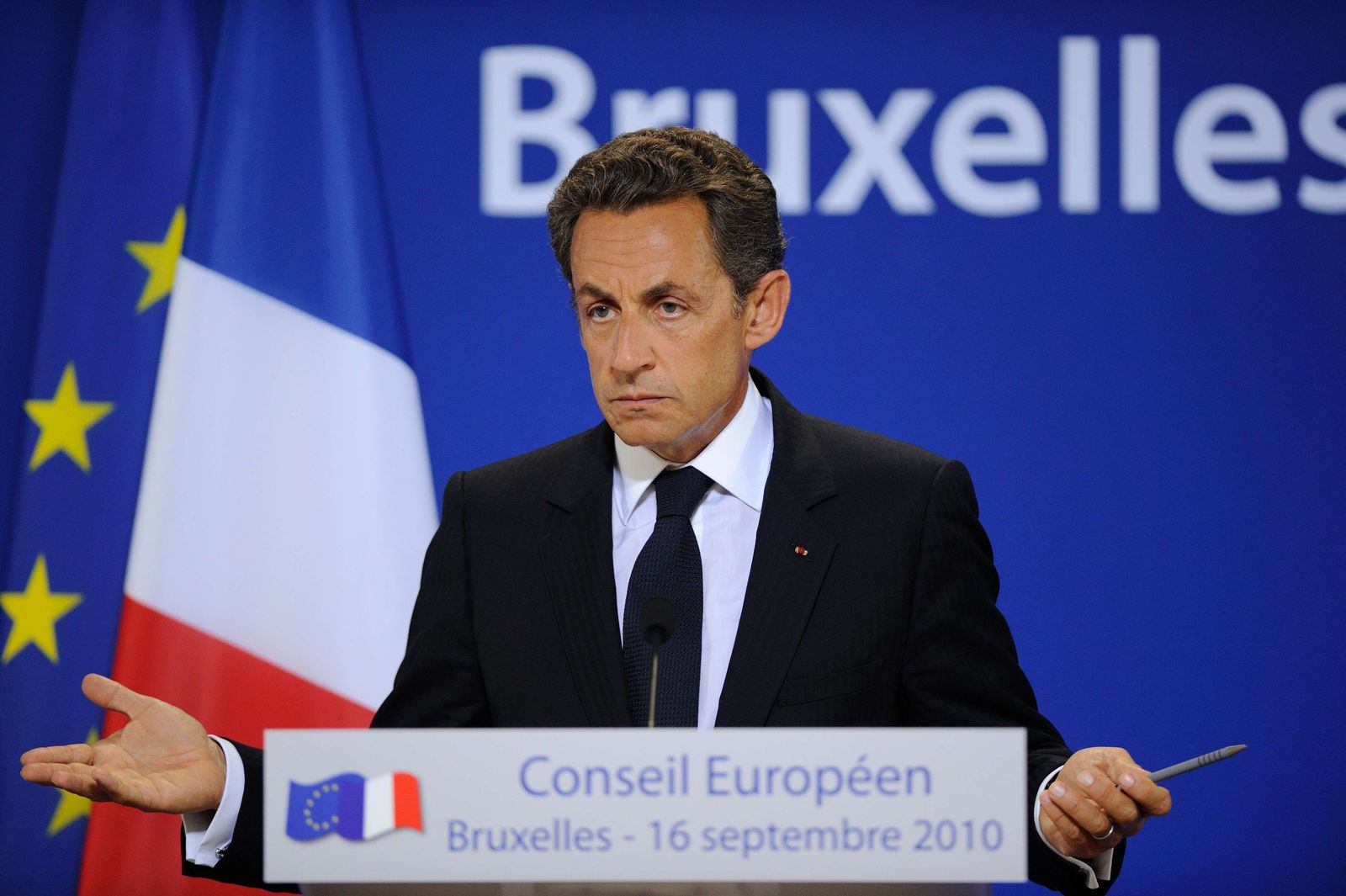