The parliament of Slovakia on Tuesday rejected a law to expand Europe's bailout fund for highly indebted nations, but the government said the measure was still likely to be passed in a second vote this week.

The government of Prime Minister Iveta Radicova was able to muster only 55 votes in the 150-member parliament, far short of the 76 needed. The expansion of the rescue fund is considered crucial for Europe to contain the debt crisis. Radicova's government fell as a result of the vote after a junior party in her ruling coalition refused to back the measure.

But the government still expects to be able to get the reform of the bailout fund, the European Financial Stability Facility (EFSF), through parliament with support from an opposition party. "There is an assumption that the EFSF, one way or the other, will be approved by the end of the week," Finance Minister Ivan Miklos told parliament ahead of the vote.

The Social Democrat opposition voted against the measure on Tuesday night in order to topple the government, which had tied the vote to a confidence motion. But the party indicated it might vote yes in a second vote under Slovak rules permitting two parliamentary votes on international treaties.

The small nation of 5.5 million people was the last euro-zone member to vote on the bailout fund expansion after it had been ratified in all the other 16 euro countries.

EU Still Has Options if Slovakia Sticks to 'No'

Even if Slovakia were to stick to its rejection of the measure, the reform of the bailout fund could still go ahead. The Slovakian share of the fund expansion is small and other euro-zone states could take it over.

Alternatively, the fund could shrink by the €3.5 billion that the Slovaks would have contributed to enlarging the fund -- raising their total in loan guarantees to €7.7 billion. However, it is unclear if a new European Union agreement would be needed in order to incorporate those amendments. If that were the case, it might require another lengthy round of ratifications in the euro states just when the crisis is heating up again.

Outgoing European Central Bank President Jean-Claude Trichet warned on Tuesday that the crisis had reached a "systemic dimension." Addressing European lawmakers in Brussels, Trichet said: "Sovereign stress has moved from smaller economies to some of the larger countries. The crisis is systemic and must be tackled decisively."

Financial markets have become increasingly nervous in recent days after credit rating downgrades for Italy and Spain and bailout of Franco-Belgian bank Dexia. Greece is widely believed to be slipping towards insolvency, but the EU is trying to buy time for the country in order to stabilize the rest of the euro zone before any Greek debt restructuring becomes inevitable.

Inspectors from the "troika" of the European Union, International Monetary Fund and ECB said after a weeks-long review of Greece's finances that an €8 billion euro loan tranche should be paid in early November. It still requires approval by euro-zone finance ministers and the IMF.

Although the no vote in Slovakia did drive share prices down in Europe and Asia early Wednesday, the panic some feared didn't materialize. The calmer-than-expected atmosphere in the markets could be attributable to the hope that a deal on expanding the EFSF will still come this week. On Wednesday, government leaders in Slovakia are expected to meet with representatives of the opposition social democrats, the SMER party, for negotiations. A spokesman for the government said a fresh vote could come as soon as Thursday if a deal is reached.

German Chancellor Angela Merkel also expressed her optimism that Slovakia will ultimately vote in favor of the EFSF expasion. "I am very certain that by October 23, we will have all the signatures of the member states under the EFSF," the chancellor said during a visit to Vietnam.

The European Union also planned to announce further measures aimed at calming markets on Wednesday. European Commission President Jose Barroso is expected to present a proposal for providing additional capital to banks that are threatened with high write-downs as a result of the soveriegn debt crisis. The move comes just after Euro Group President Jean-Claude Juncker, who is also the prime minister of Luxembourg, called for a major debt haircut to be considered for Greece.

But calls for a haircut are being met with resistance from Germany's private banks, which would also be affected. They don't want to agree to more than the 21 percent debt restructuring for Greek bonds they have already approved. "The package agreed to by the European leaders envisions a substantial participation on the part of private creditors that will not be easy to shoulder," Andreas Schmitz, the head of the Association of German Banks, told the Rheinische Post newspaper. "They shouldn't be turning any screws in any new areas."

Schmitz has also rejected the forced capital infusions for banks currently being considered by the German government and others in Europe. "The current crisis is not a banking crisis, but one of political confidence," he said, arguing that banks should not be held responsible for a crisis that was not of their making. 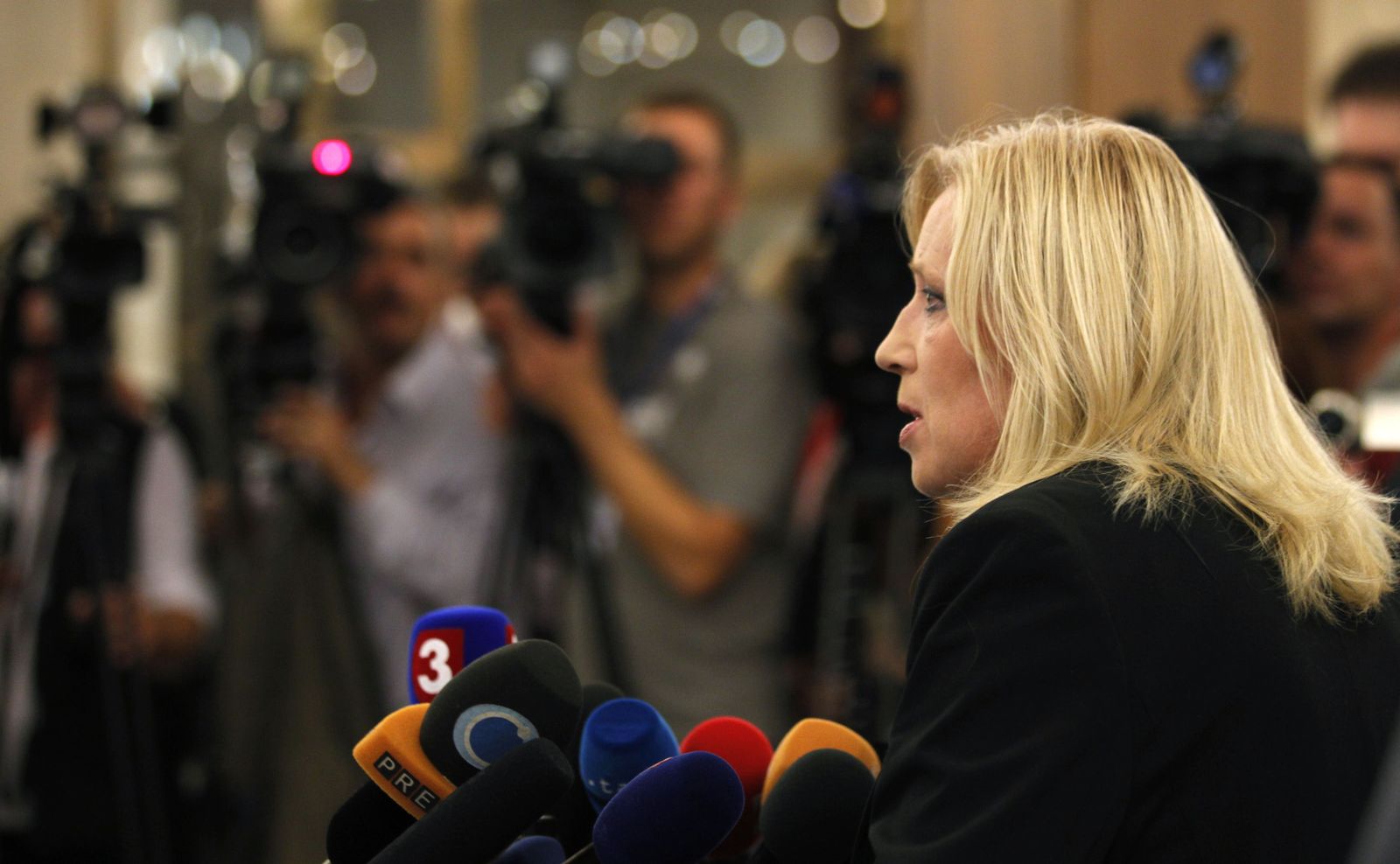