At the peak of the debt crisis in Europe, the European Central Bank committed a break with tradition that many at the time considered to be a cardinal sin. The bank began buying up massive amounts of sovereign bonds from euro-zone countries that faced the risk of insolvency and which were having trouble selling their bonds on the public market.

Now the ECB wants to stop the practice. Sources with direct knowledge of the developments have told SPIEGEL that the central bank, in internal discussions, is pressuring governments of the 17 euro-zone countries to transfer the bonds purchased to the European Union's euro rescue fund, the European Financial Stability Facility (EFSF).

The calls are being led by ECB President Jean-Claude Trichet of France, who wants to free the bank of the burden, the sources said. The ECB is seeking to transfer a package of bonds valuing a total of €77 billion ($107.5 billion), but so far the member states have expressed little enthusiasm for the idea.

Movement on the front could now come from a less obvious corner -- that of German Chancellor Angela Merkel and Finance Minister Wolfgang Schäuble. Merkel's conservative Christian Democratic Union (CDU) party's group in parliament is strictly opposed to the purchase of state bonds through the EFSF, but SPIEGEL has learned from sources that neither Merkel nor Schäuble feels bound in their vote in Brussels to the parliamentary group's position.

The chancellor and finance minister are opposed to the direct purchase of bonds by the EFSF, but they are not opposed to troubled countries taking loans from the rescue fund in order to buy back their own bonds from the market. Because the bonds would be bought back at a discount rate, the private sector would also be held indirectly liable for the losses, fulfilling a key demand that Merkel has been pushing for.

'No Room for Interpretation'

The development, however, could spark yet another round of bickering in Merkel's coalition government. Senior members of parliament in Merkel's CDU, its Bavarian sister party the Christian Social Union (CSU) and the business-friendly Free Democratic Party (FDP), are already warning the chancellor not to take their message lightly. "We have made it clear that we reject any form of a buying program for state bonds -- there is no room for interpretation," said Michael Meister, deputy chairman of the joint CDU and CSU party group in parliament. In recent days, the parliamentary group, which dictates the CDU and CSU's joint stances in the Bundestag, passed a resolution together with FDP parliamentary leaders, stating that the purchase of state bonds of ailing euro-zone member states by other countries should be "ruled out."

Initially, firmer language had been planned in the resolution, with a call for an explicit ban on such bond purchases. But after Merkel intervened and went to the chairman of the parliamentary group, Volker Kauder, the language was watered down. Instead of a blanket ban, the parliamentary group states only that it "expects" such a ban to be implemented.

The CDU's Meister, however, cautioned that the implementation of any deal would still require the approval of both Germany's federal parliament, the Bundestag, as well as the Bundesrat, the upper legislative chamber that represents the states and also has the right of co-determination on many important issues. Merkel's coalition government does not currently hold a majority in the Bundesrat. "The federal government would be well advised not to disappoint us too much," he said.

Michael Fuchs, likewise a deputy chair of the conservatives' parliamentary group, has also expressed his opposition to such bond-buying programs. He warned that Greece cannot become the model for how European countries can "inexpensively dispose of part of their debt."

Meanwhile, FDP finance expert Hermann Otto Solms has said he is also "strictly opposed to allowing the rescue fund to provide loans to indebted nations to buy back their state bonds." He said it was questionable whether such actions could be reconciled with Germany's constitution. "What is being proposed here is nothing other than a transfer union through the back door," Solms claimed.

Check SPIEGEL ONLINE Monday for more on the domestic political debate over the purchase of state bonds by the euro rescue fund. 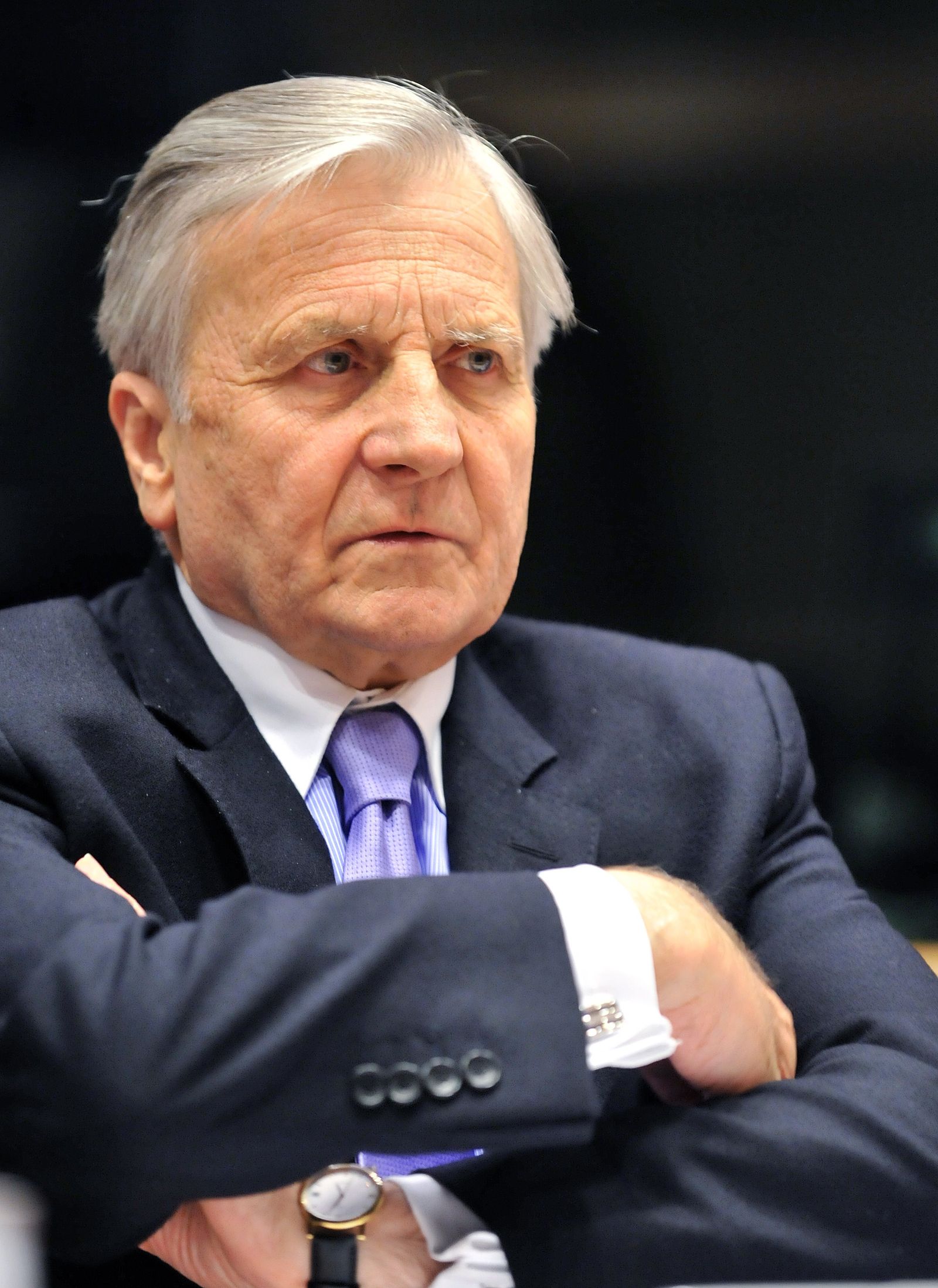 European Central Bank President Jean-Claude Trichet: The ECB is pushing for the euro rescue fund to take over the 77 billion in bonds from beleaguered euro zone countries it is holding.