When the host of a party predicts a flop, it rarely inspires much confidence in a good bash. With just over a month to go before international climate talks start in Copenhagen the Danish government has done exactly that: Don't hold your breath, it said, it's unlikely there will be a binding global deal. European Commission President Jose Manuel Barroso had even stronger words earlier this week: "Of course we are not going to have a full-fledged binding treaty, Kyoto-type, by Copenhagen. There is not time for that."

Money is threatening the fight against climate change. Climate experts have priced emissions-cutting technologies needed by developing countries at €100 billion ($149 billion) a year starting in 2020, and they want to see about half of that investment burden shouldered by public funding from the United States, the European Union and Japan. The world's poorest countries warn that without a solid promise of funds, they will walk out of the Copenhagen summit. But €50 billion is more than the loose change European states, Washington and Tokyo are willing to dole out -- particularly after bailing out their banks. European leaders meeting in Brussels last week shirked concrete commitments, saying only they would contribute their "fair share" to upfront climate financing.

Need It Be that Expensive?

David E. Martin is travelling the globe to prove negotiators wrong about the cost of battling climate change. He's not making himself very popular. It's not that the 42-year-old patent expert denies global warming. It's that he says designs for green gadgets, from hybrid cars to wind turbines, are now in the public domain and freely available -- if you know how to find them. As executive chairman of innovation finance firm M-CAM, Martin has made it his life's mission to make sure an increasing number of people, companies and countries have access to this information. Most recently, in collaboration with the World Bank's Information for Development Program, he launched an online database of gadgets whose lapsed patents in advanced energy, water and agricultural technologies represent potential license savings worth, according to the World Bank, more than $2 trillion. 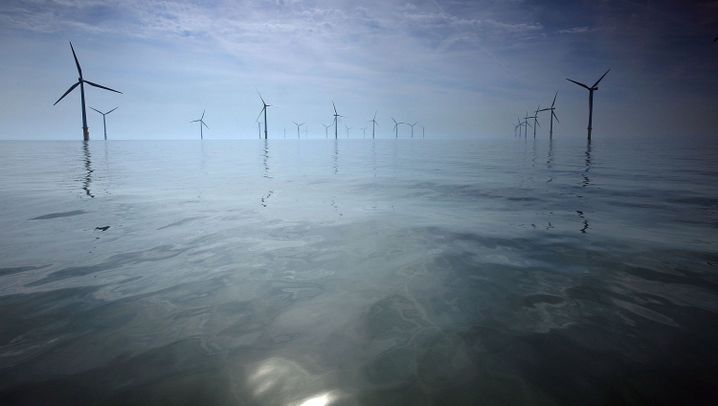 To big business, Martin is a nuisance because he questions the very validity of some of the vast profits expected from a new climate deal. To governments, his truth is inconvenient because it threatens a delicate relationship with corporate giants they want backing their climate goals. For Martin, it's a continuation of his interest in what he calls linguistic genomics - the study of how the meaning of words shifts and changes, and how this can be used to obscure meaning and gain an advantage. Patents, he says, keep getting issued because even though they cover the same ground, they're worded in different ways. So car brakes that charge an electric car become a "regenerative brake device having a driving wheel, an electric motor and a battery," or a wind turbine becomes "a power house and vanes rotating in the wind." The more complicated the wording, the more likely that a patent will be granted. Indeed, it can take a patent expert up to three days to assess two three-page patents for overlapping claims.

Martin first grappled with the many meanings of words when he was five years old. Back then, in southern California, he huddled over the family kitchen table with his mother and three brothers, translating ancient Greek into a version of the English Bible that is now in its fourth edition. Thirty-odd years and several natural disasters later, he is trawling environmental patents for double meanings, just as he once trawled religious texts. As he sought to do with his childhood Bible text, he is trying to shed light on weighty issues -- only this time it is not about the foundations of faith, but about how much developing countries from China to Tanzania should have to pay in the fight against global warming. His custom-made software and a vast server are programmed to trawl and compare hundreds of thousands of files containing patent information from what would seem an incongruous list of places: Papua New Guinea, Berlin, the Brazilian rainforest, New York. Some of these patents are new; others have expired. What Martin -- and those who work with him at M-CAM -- say they found is that one in three patents registered today on energy-saving technology duplicate gadgets that were first dreamed up in the wake of the 1970s oil crisis and are now freely available.

With his unpopular data and promotion of free technology that is legally available in the effort to slow global warming, Martin's work tracking illegal patent claims has made him an army of foes among big business, patent examiners and even climate negotiators. "I've lost count how many times people have threatened to hurt me and my family," Martin told SPIEGEL ONLINE in a phone interview. "It's because I'm talking about a truth that is inconvenient."

That hasn't stopped him. He has testified before the US Congress and butted heads with patent offices worldwide. He is contributing to the emerging drive by the World Bank's International Finance Corporation and members of the European Parliament to make this truth known. His clients include the US Treasury and Commerce Departments and his work inspired the Swedish activist project The Patent Bay, which analyzes the validity of patents in Europe to promote innovation.

Yet negotiators still largely hold on to the sense that patent licenses are fundamental to encouraging green innovation. To avoid hostile debate, climate negotiators hope to use part of the €50 billion for payments to patent holders, even if their patents may be redundant.

There is no official number or estimate on how much such pay-offs might be worth. Patent licenses are just one way for companies to generate wealth from green innovation. But the UN Framework Convention on Climate Change estimates green patents will boom if a global deal is sealed. That boom would be worth billions of dollars, particularly if corporations raise their license fees to profit even more from the new wave of public spending. The UNFCCC predicts the biggest boon will go to those countries that are best and quickest at filing patents, namely European states, the US and Japan -- in other words, precisely those countries looking for a way to back out of financing developing countries' climate technology.

"The money to be saved in this (through cutting back on license payments) is potentially massive," Sanjeev Kumar, an emissions trading expert at green activist group WWF, told SPIEGEL ONLINE.

"But what government is going to start? Is the US, is Europe brave enough to cut the royalty chains of large technology companies? This is a principle that is morally right but the politics aren't there yet," he said.

The world's poorest countries -- known as the G-77 -- together with China went even further last June, calling for climate-friendly technologies to be excluded from patenting -- a demand they have since withdrawn.

As if to reassure industry, European environment ministers signed a document on Oct. 21 virtually guaranteeing this would not happen. The document -- to be used as a basis of negotiations in Copenhagen -- stressed "the necessity of protecting and enforcing intellectual property rights (IPRs) for promoting technological innovation and incentivising investments from the private sector."

A Chicken and Egg Question over Patents and Technology

With Copenhagen's success in the balance, some experts now hope bilateral and national agreements will improve on the tricky issues Copenhagen will avoid: Within the EU an agreement on sharing technology for carbon sequestration is emerging, and Washington and Beijing are rumored to be discussing a technology agreement.

But on patents, the crucial question will continue to center on whether a boom in new patents harms or promotes innovation. Rather than saving the planet, such an onslaught of new patents will hinder green innovation, argues Bruno van Pottelsberghe, a Belgian university professor and senior fellow at Brussels-based think tank Bruegel who has been calling for an overhaul of the world's creaking patent system.

"The danger is clear -- if you give a patent for something that already exists, it reduces the speed of innovation," he told SPIEGEL ONLINE. "You allow patent holders to block a technological field. You give them power that they would not deserve."

It's an attitude that Martin calls "wilful ignorance" -- leading to big firms being paid vast license fees. Understaffed patent offices dealing with hundreds of thousands of applications, and fear of costly legal disputes, compound the problem. In many cases it is easier for a patent office to grant a patent and for a company to pay a license fee rather than take on an industrial giant: A row between General Electric and Germany's Enercon, for instance, over a disputed wind turbine patent some years ago ended in Enercon agreeing to a settlement and GE charging fees for a patent whose validity experts still question. Other green patent disputes and appeals are lining up, with a US trade panel currently reviewing a ruling that would keep wind turbines made by Japan's Mitsubishi off the US market at GE's request.

Yet much powerful support for new patents still rests on the assumption that they encourage innovation, even if they are redundant.

"Sometimes patents are not worth what they claim they are in terms of innovation," Gerard Giroud, the recently retired international affairs director of the European Patent Office, told SPIEGEL ONLINE. "But it seems to me a detail. Patent offices should grant patents to encourage investment in a particular type of technology -- because that investment is what will save the planet."

Europe's institutions seem to have pledged support for green IPR protection. Even environmental groups seem to agree money paid to big business in licenses -- even if these are questionable -- could be crucial in pushing toward a climate deal in December.

To Martin, shedding light on redundant patents and license fees is as important as questioning any accepted world order, just as he did as a young man translating Greek Bible text.

"What we do is trawl documents for their true meaning," he says. "But what we care about are basic human issues. In this case, it's to show up what belongs to the big guys and what belongs to society." 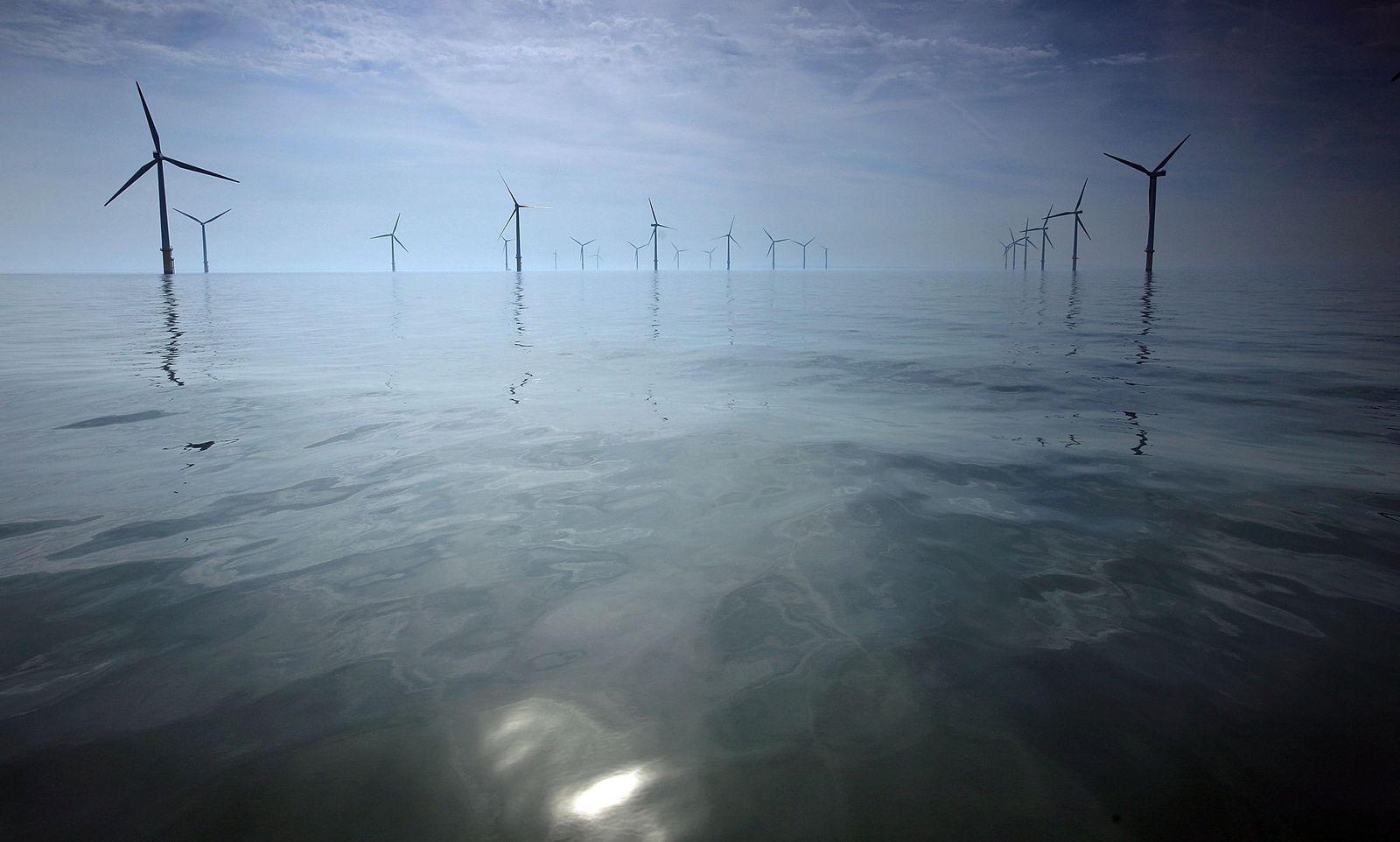 Many of the technologies in place today that can help slow climate change are already in the public domain.

Climate experts believe the cost of deploying emissions-cutting technologies needed by developing nations starting in 2020 will cost 100 billion a year. They are calling on the US, the EU and Japan to cover half of those costs. But 50 billion a year is more loose change than Washington, Brussels and Tokyo appear ready to part with.

Climate experts believe the cost of deploying emissions-cutting technologies needed by developing nations starting in 2020 will cost 100 billion a year. They are calling on the US, the EU and Japan to cover half of those costs. But 50 billion a year is more loose change than Washington, Brussels and Tokyo appear ready to part with.