At first glance, one could be forgiven for thinking that the euro crisis had gone away. The financial markets are relatively calm, and the panic that many feared would follow the downgrade of nine euro-zone countries by the rating agency Standard & Poor's has failed to materialize. International investors are buying up Italian, Spanish and French government bonds as if nothing had happened.

But the calm is deceptive, because the next pitfall is lying in wait for the would-be rescuers of the euro. Greece, the perennial trouble spot, could well cause turbulence again before the end of this month. And the closer the July launch of the permanent euro rescue fund, the European Stability Mechanism (ESM), gets, the more rancorous the dispute over capital contributions will become.

Chancellor Angela Merkel had actually wanted her European partners to put all their energies into the construction of the new 26-nation fiscal pact, which was agreed upon at the EU summit in December, so that it will be ready to sign in March. In the aftermath of the recent EU decision to provide €150 billion ($195 billion) in additional resources to the IMF to help it tackle the euro crisis, and the decision to bring forward the start of the ESM to July, the German government is opposed to providing any kind of further financial assistance to combat the crisis.

But a debate has once again broken out over whether Germany is doing enough to solve the crisis. Pressure on Merkel has increased from a number of sides in recent weeks.

One of the main problem areas is Greece. The Greek government is currently negotiating with private-sector creditors about debt relief. EU leaders are calling for a haircut of at least 50 percent so that Greece can get its debt down to a manageable level. But the negotiations are deadlocked, and both sides are fighting with their gloves off. Some creditors have even threatened to take the Greek government to the European Court of Human Rights to defend their rights to property.

If the negotiations collapse, then Greece's euro-zone partners will have to jump in. It's a simple calculation: The smaller the haircut turns out to be, the more money the euro-zone members will have to contribute. The burden will initially be borne by the European Financial Stability Facility (EFSF), the temporary euro backstop fund, rather than directly by the German government. Indirectly, however, it will increase the likelihood of further financial aid being necessary.

Fears of a Greek Default

In addition, the so-called troika, which consists of the IMF, the European Central Bank and the European Commission, will present its latest report on Greece's progress ahead of the EU summit on Jan. 30. If it comes to the conclusion that the situation in Greece has deteriorated significantly, then the second bailout package for Greece, worth €130 billion, would probably have to be increased. In theory, the EFSF could step in without any problems: It still has €250 billion in unused rescue funds at its disposal. But a negative report by the troika would again raise fears of a Greek default and contagion to other euro-zone countries.

Then there's the permanent euro rescue fund, the ESM, which is due to start operations on July 1, 2012. The only problem is that cash-strapped countries like Italy and Spain don't want to pay the agreed capital contributions. They argue that the austerity measures they have imposed leave them no room to maneuver, and are demanding that Germany step in. The German government has so far agreed to a contribution of €22 billion. Originally, it wanted to pay the contribution in five installments, but is now considering paying it all at once.

Meanwhile, calls for the introduction of jointly guaranteed euro bonds continue. Italy's new Prime Minister Mario Monti is demanding euro bonds as a reward for the tough austerity measures which his country has to bear. Germany is benefiting from the crisis -- interest rates on German bonds are way down and the weak euro favors German exporters -- and should therefore share its favorable interest rates with its partners, he argues. Otherwise, he warns, there will soon be a popular revolt in Italy against the German-imposed austerity course.

A further source of uncertainty is the rating agencies. Currently only Standard & Poor's has stripped the EFSF of its top AAA rating. The other two major rating agencies, Moody's and Fitch, are still awarding it a triple-A. If they were to change their minds in the coming weeks, however, it would significantly affect the capacity of the rescue fund. Germany might have to provide additional guarantees.

Finally, pressure is coming from the US, one of Germany's main allies. The IMF has announced it wants to collect €500 billion from its members so that it has enough resources for the next two years to tackle the crisis. Several governments are not willing to pay to rescue the euro, however -- in particular US President Barack Obama, who is campaigning for re-election. He is calling for the euro-zone members to reach deeper into their pockets themselves. There is also resistance in Britain, where there is resentment at the perception that Germany has money for a domestic tax cut, but is going abroad to beg for money to rescue the euro.

Bearing all these factors in mind, it seems realistic to predict that sooner or later Merkel will have to make further financial commitments. She continues vehemently trying to distract attention from such considerations, however. This week, she said that she still did not know what was actually expected from Germany. "I'm still searching for what else exactly we are supposed to do," she said. 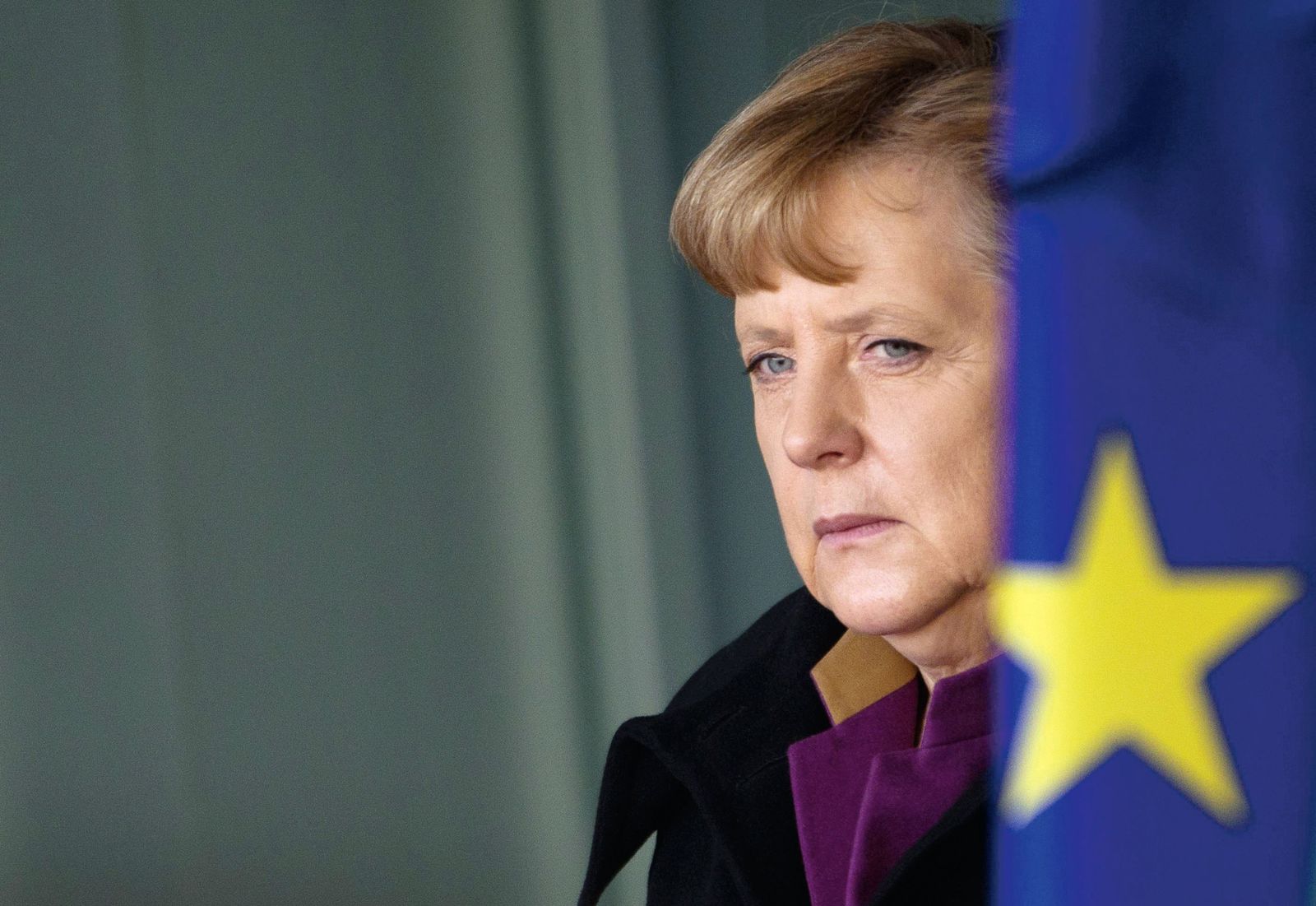 Chancellor Merkel: "I'm still searching for what else exactly we are supposed to do."