If enough Swiss citizens check the "yes" box in a referendum to be held this Sunday, cats, chickens and pigs across Switzerland will be entitled to state-appointed legal representation.

The Swiss Animal Protection (STS) league, which gathered the 100,000 signatures required for the referendum to be held, hopes that appointing attorneys to represent animals in court will lead people to take infringements upon animal rights and animal abuse more seriously.

The canton (or state) of Zurich appointed the first animal-welfare attorney in 1992. But the model for the current initiative is Antoine Goetschel, a Zurich-based lawyer who was appointed to the position in 2007. In this function, Goetschel acts much like a public prosecutor, representing the state's interests in animal-welfare cases. Over the last three years, he has worked on wide array of cases, ranging from the one about the woman with 149 cats to the bizarre incident of the fish that a fisherman kept dangling on the line for too long.

Not everyone backs the plan. Farmers, hunters and pet breeders have voiced their opposition to the idea, believing it will result in more legislation and stricter rules, and some opponents have even launched a campaign called "No to the Useless Animal Lawyers."

SPIEGEL ONLINE spoke with Goetschel about about the job, the vote's chances of success and why eco-friendly Switzerland needs even more animal-protection laws:

SPIEGEL ONLINE: How are you feeling about the referendum? Do you think it will succeed?

Antoine Goetschel: There is a Lou Reed lyric that talks about the "power of positive drinking." But, seriously, I do feel positive. Even some of the opponents of the referendum say they think it will be positive. Other opponents have been mingling fact with fiction and coming up with some disturbing arguments against it. But the mass media have been reporting on this a lot, so I'm confident that the Swiss population will confirm its sympathy toward animals with a "yes."

SPIEGEL ONLINE: What will happen if they do?

Goetschel: First, any legislation will have to be debated by the Swiss government. But if that goes ahead, then, if I were the government, I would think about creating some sort of academy or educational forum for animal-welfare attorneys. One needs skills that are not necessarily learned at law school.

SPIEGEL ONLINE: Such as?

Goetschel: It's not enough to just be an attorney and love animals. You can easily lose your credibility if you over-identify with the animal. In my experience, an animal-rights lawyer needs a warm heart and a cool head. They need experience not only in animal-welfare law, but also in criminal law. They need to know whether this witness is credible or whether that argument will be enough to convince a judge, and so on. They must be skilled at mediation and have the confidence of animal-welfare organizations. They must also know how to speak to farmers and dog breeders. And journalists -- because, in this position, you will come under a lot of public pressure.

SPIEGEL ONLINE: What will happen if the referendum fails?

Goetschel: Let's not focus on that. But, in the very unlikely case that the Swiss population is puzzled (by this referendum), then I think that in the cantons where people did vote "yes," the government administrations will still take it seriously. If the state voted yes, then the canton must appoint animal-welfare attorneys. Otherwise, the state government would be working against voters who acted in good faith. If you look at the data base we have compiled of all the animal welfare cases in Switzerland, you can see that in Zurich, for example, there are 190 cases a year, whereas in other states there is only one case a year. Some states take this work more seriously than others.

SPIEGEL ONLINE: What else have you been doing to support the campaign to appoint animal-welfare attorneys?

Goetschel: I'm not a member of the initiating body. I'm just a person who knows a lot of the history and who knows all the arguments. So I can explain the job.

SPIEGEL ONLINE: Switzerland already has some of the most far-reaching animal-welfare laws in the world. Since 2008, it has been illegal to keep animals that usually live in groups -- such as goldfish, canaries or guinea pigs -- alone, dog owners have to take a training course and, beginning in 2013, horses will not be able to be tied up in their stalls. The constitution even protects the "dignity" of plant life, and a Swiss ethics panel has said that the "decapitation of wildflowers at the roadside without rational reason" is a bad thing. So why do you need more laws -- or lawyers -- in this area?

Goetschel: No, I don't want to see more lawyers. And we're not talking about creating new laws, either. From my point of view, I would be happy with one or two new terms being added to the existing legislation so as to ensure that existing animal-welfare laws are adhered to. Since there is a lack of interest in them in many places in Switzerland and Germany, they are not taken seriously. The changes would acknowledge the importance of human-animal relationships and ensure that the existing law in regard to them is properly applied. Since there has been an animal-welfare attorney here in Zurich for the past 18 years, everyone involved -- the police, local veterinarians and animal-welfare organizations -- takes these things more seriously. I consider myself a small cog in a big machine. But, without that small cog, there is a gap between the administrative part of animal-welfare organizations and (law-enforcement organizations). So the goal is to make sure that the state starts doing animal-welfare work properly and to make animal-welfare cases a normal thing.

SPIEGEL ONLINE: How would you respond to the criticism that you just want to create more work for yourself and other lawyers?

Goetschel: Actually it's a very poorly paid line of work. I don't just do animal welfare work; I also practice regular law. As an animal-welfare attorney, I get about 200 francs an hour (€137/$186). For other work, I get between 350 and 400 francs an hour. If I didn't do this, I could start to make more money as an attorney. 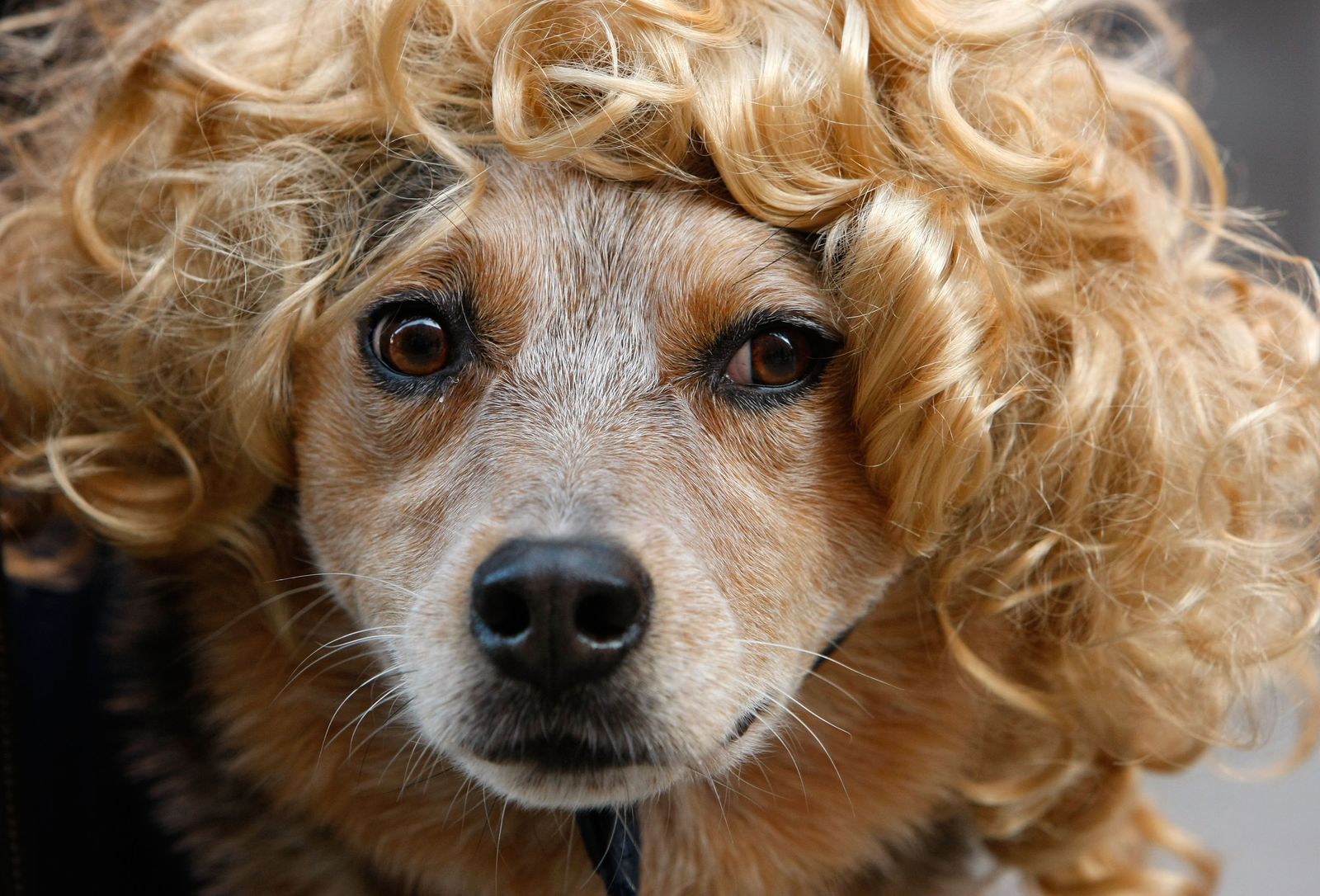 Animal welfare organizations described a recent Halloween-costume contest for dogs as cruel. If this dog had been Swiss, it might have had a lawyer.