The reputation of credit rating agencies has plummeted in recent years. First, market leaders Moody's, Standard & Poor's and Fitch assigned top grades to scores of securities that ended up plunging the world into its worst financial crisis in decades. Then, during the ensuing debt crisis, the agencies worsened the plight of ailing euro member states with downgrades that in the eyes of many politicians were unwarranted.

Their fury at the rating agencies prompted politicians to devise plans to set up a European rating agency to challenge the dominance of the US firms. German corporate consulting firm Roland Berger developed a plan and the European Internal Markets Commissioner, Michel Barnier, came up with a corresponding draft law. But the efforts appear to have been in vain. According to a report in Financial Times Deutschland on Monday, the project may be abandoned.

The newspaper reported that Roland Berger no longer expects to be able to raise the €300 million ($390 million) in start-up capital required for the project. Berger had pinned its hope on support mainly from big German and French banks but has met with little interest so far. Many potential investors doubted whether the investment model could work.

The Federation of German Industry (BDI) also has its doubts about a European ratings agency. The association submitted a paper in Brussels describing the oligopoly of rating agencies as "natural." The EU proposals, it added, could "strongly inhibit" the functioning of the ratings market.

Too Close to EU Governments

The concept devised by Roland Berger partner Markus Krall envisages investors, rather than the issuers of securities, paying for ratings. That would remove the incentive for agencies to secure contracts for themselves by issuing excessively good marks.

But the close relationship of the planned agency with European governments was regarded as a problem right from the outset. The Berger plans foresee setting the agency up in the form of a foundation in which a total of 30 investors from the financial sector would each contribute €10 million. But given the lack of interest, Roland Berger had enquired whether the German government might be interested in helping, Financial Times Deutschland reported. Proposals included channelling revenues to the agency from a possible financial transaction tax or introducing a new levy on companies.

German politicians are disappointed by the lack of progress. "That means that a further major plan to regulate and strengthen the independence of Europe has failed," Carsten Schneider, a budget expert for the opposition Social Democrats, told the paper. Financial markets urgently needed a ratings agency that understood the situation in Europe, he added.

Michael Meister, deputy parliamentary group leader for the ruling conservatives, said the German government would now at least push for stricter regulation of the existing agencies. "Governments must create the environment so that we at last get more competition in this oligopoly," he said.

But Roland Berger isn't ready to bury the project completely, the report said, adding that a small group of Frankfurt financiers is to provide enough money to allow continued research into the idea. 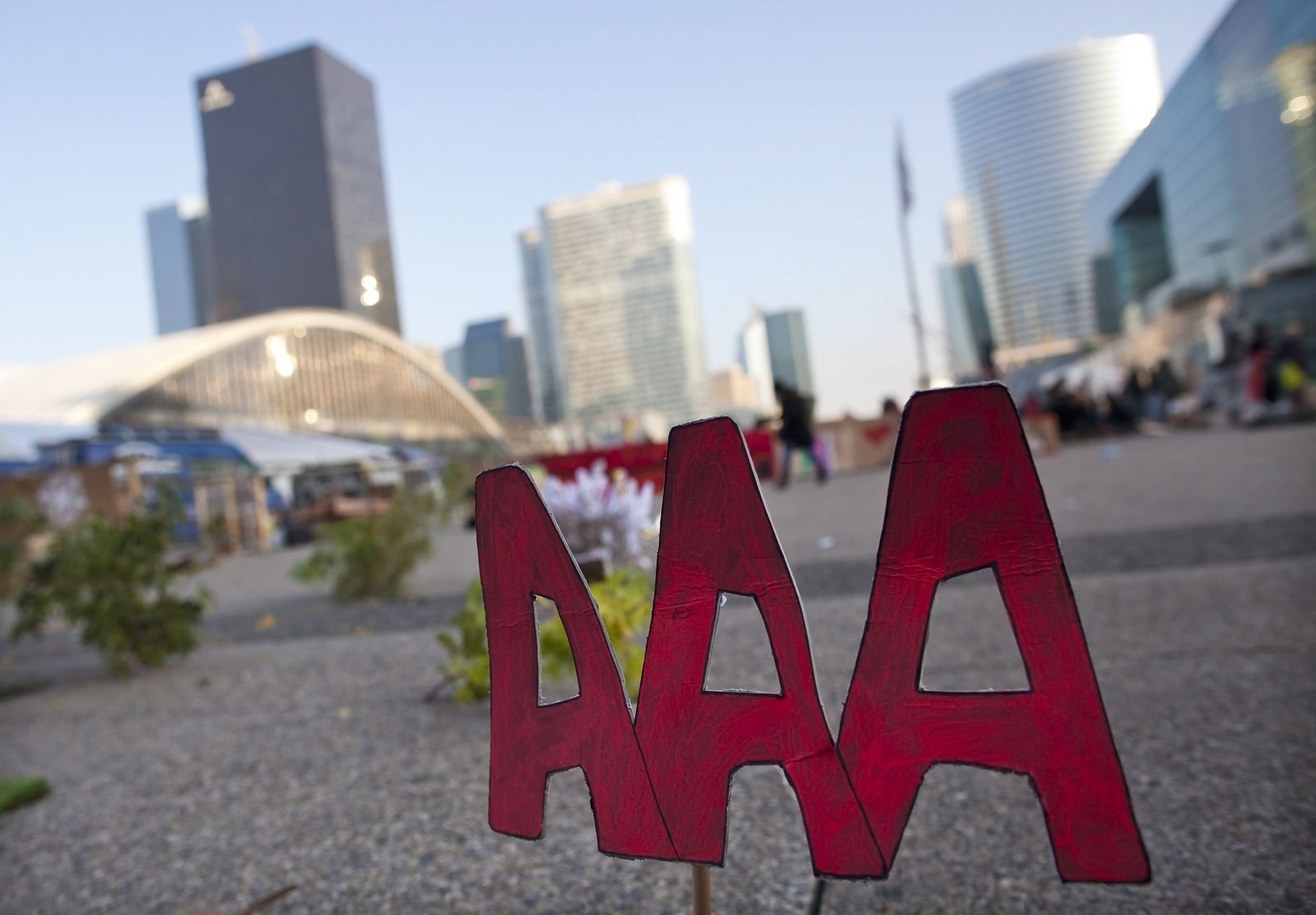 The hallowed triple-A rating, which France has lost. Europe has criticized the role of US rating agencies in the debt crisis.