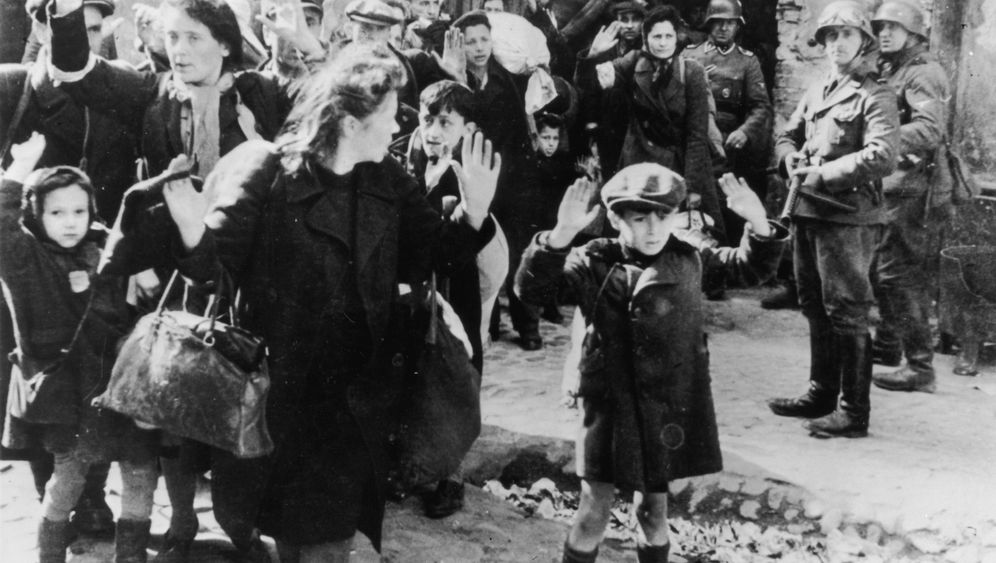 Poland marked the 70th anniversary of the Warsaw ghetto uprising on Friday, honoring the armed revolt by Jews against Nazi German forces with ceremonies and the opening of a new Jewish history museum.

Throughout the Polish capital church bells rang and sirens sounded in tribute to the fighters who began the first and largest armed insurrection by Jews against the German troops in World War II on this day in 1943.

Polish President Bronislaw Komorowski, two uprising survivors and other officials commemorated the event at the Monument to the Ghetto Heroes, a ceremony that was part of larger efforts to rally collective remembrance of the fighters and the horrors that Jews suffered during the war.

Komorowski gave one of the country's highest honors, the Grand Cross of the Order of the Rebirth of Poland, to 88-year-old survivor Simha Rotem. "The Nazis made a hell on earth of the ghetto," Rotem said in a speech. "Persecuting the Jews appealed to the lowest of human instincts."

The new Museum of the History of Polish Jews also opened its doors on Friday at the site of the former Warsaw ghetto, where Jews were held in the Nazi-occupied city. In today's Warsaw, there are few signs that it was once home to one of Europe's largest Jewish communities. But the museum aims to introduce visitors to their 1,000-year history in the country, one that is often overshadowed by the Holocaust and Nazi death camps like Auschwitz, which was located in Poland.

According to curators, the museum will also try to educate visitors about Jews to help overcome the anti-Semitic ideas held by some in the largely Catholic country. "I want this museum to be a museum of life, not a museum of death," museum director Andrzej Cudak told news agency Reuters.

'A Testimony to Honor'

Eventually put down after a month, the Warsaw ghetto uprising was staged by some 750 poorly armed Jews inside as German forces moved to liquidate the enclosure and transport its remaining residents to the Treblinka extermination camp. After the revolt was crushed, the ghetto was razed and the remaining residents killed.

These fighters "knew that they had to die, but they wanted to leave a trace of their existence, hence those acts of heroism, a testimony to honor," Jakub Gutenbaum, an 83-year-old survivor of the uprising, told news agency AP on Thursday.

Gutenbaum lost his mother and brother to the gas chambers of the Majdanek concentration camp, but he managed to survive and was eventually liberated by the Soviet Red Army at another camp.

"The fact that I survived is a matter of luck," he told AP. "Maybe I was at the wrong places, or rather at the right places at the right times."

More than 90 percent of Poland's 3 million Jews were killed in the Holocaust, and a 2011 census found that there are now just 7,500 living in the country.