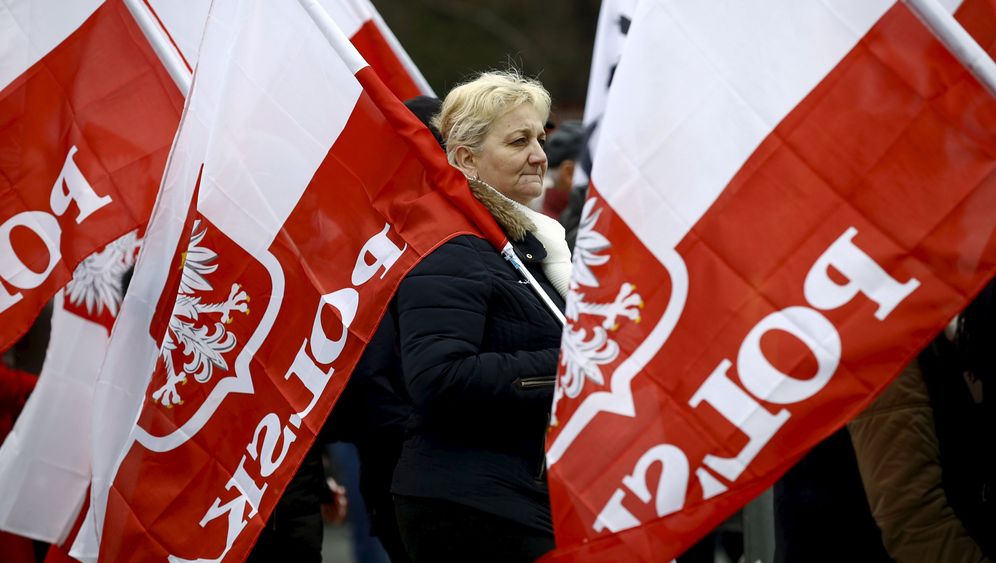 At age 73, she is the grande dame of politics in Warsaw -- and she still talks so much and so fast that hardly anyone can get a word in edgewise. More than anything, though, Jadwiga Staniszkis is not afraid of those in power.

Even as a young assistant professor during communist times, her defiance got her into trouble and she spent some time in prison as a result. Today, 27 years after the fall of communism, Staniszkis is once again taking on the authorities. The sociology professor has become one of the most outspoken critics of the current national-conservative government under the control of Jaroslaw Kaczynski. Although Kaczynski has no formal position in the government, he is widely seen as the one pulling the strings in the background.

Staniszkis was long a fan of Kaczynski and has even campaigned for his national-conservative Law and Justice (PiS) party in the past. She once gushed: "I think he is perhaps the most intelligent politician in Poland. I like him a lot."

Today, she says: "He wants to monopolize power with no limitations. The approach is informed by a Bolshevik understanding of politics."

Kaczynski has placed state-run media in Poland under his control and weakened the country's highest court, known as the Constitutional Tribunal. And that was just the beginning. The Warsaw-based newsmagazine Polityka has even described it as a coup d'état. There have been large protests in the country, harsh criticism from Brussels and a rule of law inquiry from the EU, but nothing has yet stopped Kaczynski.

Now, on his path to absolute power, he is preparing to put every last aspect of the state under his control. Already, he can rely on his party's majority in Polish parliament to do his bidding. But he apparently has aspirations beyond just dominating ministries, state agencies and the judiciary. Under his leadership, the state is to take on a stricter, fatherly role -- not unlike an autocracy.

In the battle over the Constitutional Tribunal, Professor Staniszkis knows the primary adversaries well. Both Andrzej Rzeplinski, who is president of the court, and Jaroslaw Kaczynski, who has robbed the court of its power, attended her university classes.

A Waste of Time

Rzeplinski still goes to work every morning and, in the pompous court building in the Warsaw government quarter, he regularly meets with court justices to discuss the constitutionality of laws. But it is little more than a waste of time. The PiS government simply ignores the court rulings and doesn't allow them to be published in the official court reports, believing as it does that the court was assembled illegally.

Experts like the Warsaw-based legal expert Rafal Stankiewicz are concerned that chaos may soon be the result. He says that in Poland, two "completely independent legal spheres have developed." He defines the "old" sphere as the one based on laws that have been approved by the Constitutional Tribunal, and a new one based on the laws pushed through by the national-conservative parliamentary majority. "I see an erosion of the rule of law in Poland," Stankiewicz says. 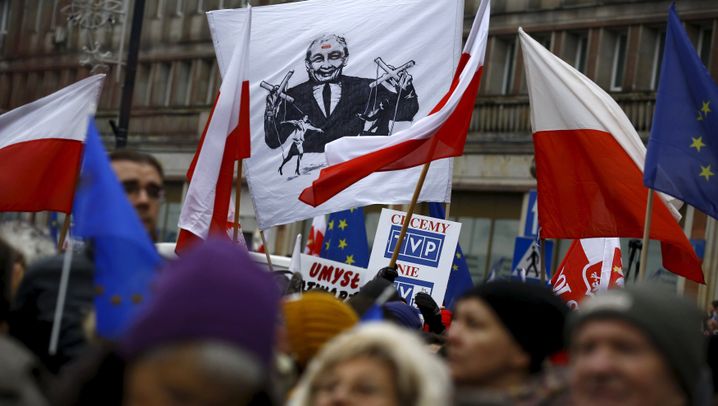 The question is: Which laws should courts obey? And what value do their rulings have when it isn't clear which legal sphere is applicable?

Jaroslaw Kaczynski is likely the only one who is satisfied with the current state of affairs. In a recent interview, he made it clear that he wouldn't agree to any compromise in the constitutional clash. He is simply waiting patiently for Rzeplinski's term to expire in December as scheduled and will then fill the post with one of his own.

The parliamentary majority enjoyed by PiS is a comfortable one. But it is nonetheless not large enough to push through constitutional amendments. Still, with the high court paralyzed, Kaczynski can change Poland's constitution without resorting to the legislature.

"Without a constitutional court, citizens are defenseless in the face of state power," says Adam Bodnar, who was appointed human rights commissioner by the last government. It is likely that he too will soon lose his job. During the election campaign, PiS promised "dobra zmiana," meaning "good change."

With the new media law, PiS has provided a taste of what might still be coming. The reform sidelined the National Broadcasting Council and allows the party to appoint its people to the most important state-run media posts. The public television broadcaster TVP is now little more than a PiS party station. Indeed, the station has a new nickname among the populace: TVPiS.

Kaczynski's party has been just as assiduous when it comes to installing loyalists in the civil service and at state-owned companies. A PiS man, for example, now heads up the state-owned Arabian stud farm Janow Podlaski -- even though he is a banker and knows nothing about horses.

Kaczyinski has long had it out for political and business elites in Poland. A core element of his political thinking is his conviction that the 1989 revolution was incomplete and that many communist functionaries who only superficially embraced the new regime remained in important positions in administration and state-owned companies. He believes they have continued to slow Poland's development to the present day and must now be filtered out down to the very lowest levels.

When Kaczynski was in power the first time 10 years ago, he tried to get rid of all ex-communist functionaries. But he was ultimately blocked by the Constitutional Tribunal, which ruled that his approach was too tough, too extensive and not respectful enough of civil rights. Now, though, the path is open for a new attempt.

Opposition politicians also expect the PiS to curtail the rights of local parliaments, municipalities and provinces. Many large cities, such as Poznan, Gdansk and Wroclaw, are governed by popular mayors who do not belong to PiS. But they are dependent on money from the federal government. Kaczynski can use this dependency to exact obedience.

Plus, he has also appointed Zbigniew Ziobro, a tough, law-and-order type, to head up the Justice Ministry. Ziobro is in favor of harsher sentences and stricter rules governing trial procedure. He has allowed investigators to conduct surveillance on email accounts and computers even absent a court order while other legal reforms have made significant changes to property rights. The aim of the latter is to prevent Polish property from being purchased by foreign investors.

Absent the inconvenient objections from a constitutional court, PiS is even able to manipulate voting and election law, including the gerrymandering of electoral districts such that the national-conservative candidate has the advantage. That, at any rate, is one of the methods applied by Hungarian Prime Minister Viktor Orbán -- a Kaczynski soul-mate -- to safeguard his power.

The newsmagazine Polityka recently described a worst-case scenario in which PiS could write a new anti-terror law such that allows for the persecution of the opposition. Already, Kazynski has accused demonstrators associated with the Committee for the Defense of Democracy (KOD) of being Russian agents. "They are people who go to the Russian Embassy to complain there about PiS," he said. For several months, KOD has been organizing regular protests, bringing tens of thousands of people onto the streets almost every week to voice their opposition to the government's high-handedness.

Public opinion researchers have found that a majority of Poles are not supportive of PiS in its fight against the constitutional court. At the same time, though, 38 percent of voters still support Kaczynski's party, more than for any other party. Supporters of PiS tend to be younger, whereas KOD mostly attracts older supporters. The older ones lived through communism and know how valuable civil rights are.

For those under 30, by contrast, EU membership is seen as a given -- and they are very aware that their peers in Western Europe are much better off materially. "How should you tell a 25-year-old university graduate that he earns less than someone his age in Brussels who sells kebabs?" the liberal paper Gazeta Wyborcza wrote recently.

With a varied menu of socially minded promises, PiS capitalizes on this feeling of disadvantage. One plank in the party's platform, for example, pledges that Polish wages will catch up to those in the rest of Europe within 15 years.

Professor Staniszkis, who has known Jaroslaw Kaczynski for several decades, has not been allowed to see him for months. The two don't have that much to say to each other anyway. "He doesn't understand the Western concept of sovereignty, which uses a system of checks and balances to prevent a dictatorship of the majority," says Staniszkis. Her former student, she adds, wants absolute power. "It is archaic and reminiscent of Putin's approach to power."