The woman who has been tasked with making Poland's national conservatives electable to liberals is crawling around on her knees in a classroom. Her name is Jadwiga Emilewicz, Poland's technology minster, and she is using a tablet to control a robot during her visit to Elementary School 58 in the Polish city of Poznan. Still, her attention is focused more on the journalists in the room than on the children, as evidenced by her use of such terms as "future challenges" and "digitalization and internet coverage." The message is clear: Poland's governing party, Law and Justice (PiS), is more than capable of leading the country into the future.

Emilewicz hardly fulfills the Catholic stereotypes associated with the "Polish mother," and on this day, she has left her three sons behind with their father. She studied political science in Krakow and Oxford, and she shies away from issues frequently harped upon by the national conservatives. She doesn't say a word about the Germans, who PiS accuses of wanting to dominate the country, and there are no attacks against "gender delusions" or the Brussels elite. Instead, she later says, her focus is on attracting more foreign investors and promoting entrepreneurship -- "a word," she says, "that is feminine in the Polish language, by the way."

The city of Poznan lies in the far western part of Poland and is a stronghold of liberals and European Union supporters. Emilewicz's mission is to break the liberals' dominance in the city, a task handed to her by party head Jaroslaw Kaczynski as part of the new PiS strategy. It is now going after centrist voters.

It is virtually a foregone conclusion that PiS will emerge victorious from Oct. 13 parliamentary elections. Polls show it ahead of the nearest opposition party by at least 10 percentage points. Even an absolute majority is in play. The party, which is often ridiculed by its opponents as a throng of provincial bumpkins, is actually an extremely efficient machine designed to produced parliamentary majorities.

Leader Jaroslaw Kaczynski founded PiS 18 years ago with his twin brother Lech. He remains its unchallenged figurehead, ethereal and glorified, feared and demonized. He continues to make virtually every important personnel decision by himself. Votes within PiS are not standard practice.

'Faith in His Political Instincts'

Jadwiga Emilewicz is full of praise for Kaczynski. "Show me another leader in Europe like him," she says. "He has political power and has developed a political program that Poles find convincing. He has a vision that he is purposefully seeking to implement. I have faith in his political instincts."

Kaczyinski holds no state or government office, yet he is nevertheless the most powerful man in Poland. Like the prototype of a charismatic leader, he hovers over everything, controlling both the party and the government from the "back bench," as Polish newspapers describe it.

The approaching PiS electoral triumph stands in contrast to the headlines following his party's election victory in 2015. Kaczynski rapidly moved to weaken the Constitutional Tribunal and made the judiciary answerable to his parliamentary majority, thus triggering the largest protests in the country since the Solidarity movement in the 1980s. At the European level, the country was sidelined, with the government earning strong criticism when Poland became the only country to vote against the liberal Donald Tusk, also a Pole, for the position of European Council president. Later, Brussels launched rule of law infringement proceedings against Warsaw.

Skipping ahead to fall 2019, it seems that a majority of voters is no longer particularly concerned about all that. On the day-to-day level, the dispute over the rule of law seems to be less important than the 500 zloty (114 euros) in monthly child benefits that PiS introduced. The demonstrations have long since disappeared from the streets.

PiS campaign posters bear a list of promises, including a 13th month bonus for pensioners, farm subsidies, tax exemption for young people and an increase to the minimum wage. But the PiS success story hasn't only come out of the combination of nationalism and the welfare state. Kaczynski has carefully planned his next election victory. The first phase of his shadow regency was focused on deepening support among the party's traditional, nationalist electorate. The subjugation of the judiciary was accompanied by an ideological clash that relied on polarization, pitting Catholic Poles with "normal families" against "Poles of a worse category," as Kaczynski called his opponents back then. The reference was to the urban elite who support such things as gay marriage.

Then, around two years ago, he launched the second phase. Kaczynski got rid of the rather provincial-seeming Prime Minister Beata Szydlo and replaced her with the more cosmopolitan economist Mateusz Morawiecki. The party's tone became more moderate, both domestically and internationally and Warsaw even voted in favor of installing the German Ursula von der Leyen as European Commission president. The aggressive PiS had suddenly transformed into a much more moderate, and more electable, version of itself.

Radoslaw Fogiel embodies this new direction. The 37-year-old has been one of Jaroslaw Kaczynski's closest advisers for the last 10 years and is the party's spokesman in the current campaign. It is a job that suits him well: He is unflappable and seems to have no trouble remaining friendly, patient and matter-of-fact.

The walls of Fogiel's office at party headquarters are covered with photos of the victims of the 2010 airplane crash in Smolensk, with the largest portrait that of Jaroslaw's twin brother Lech. Still, Fogiel is unwilling even to take a position on whether he believes the crash was the result of an attack or was simply an accident. The PiS interpretation is that there is no way the tragedy could have been an accident. "Smolensk" has become a part of the nationalist victim myth, according to which the Poles have always been tragic heroes throughout their history. Two investigative commissions, to be sure, came to the conclusion that thick fog and human error were to blame for the disaster, but Kaczynski nevertheless long promoted the theory that his brother had been assassinated by a Russian bomb attack -- a conspiracy theory that made him unelectable for many moderate voters. In this campaign, by contrast, Smolensk has played no role at all.

Kaczynski is a master at coming up with a constant stream of catchy buzzwords. He once declared war against an alleged conspiracy of post-communist elites. Then, to overcome injustices associated with the collapse of communism, he announced plans to establish a new "Fourth Republic." He has christened his new platform "dobra zmiana," or good change. The goal, he insists, is to help normal people.

He has also come up with clever rhetorical packaging for his new social program, with the message going far beyond simply throwing more money at welfare schemes. PiS has tapped into the widespread feeling that the era of privation must finally come to an end. Poles, so goes the message, are worth just as much as other Europeans have a right to the same standard of living. And PiS will make it happen. Immediately.

The opposition, for its part, has blasted PiS for essentially trying to buy votes and has pointed out that, even as PiS doles out money, it hasn't implemented any badly needed structural reforms. Economists, meanwhile, have warned that the campaign promises, if fulfilled, would rupture the state budget. Radoslaw Fogiel merely smiles and says: "Our budget can handle it. We have 4.5 percent growth this year and it must finally benefit everyone." Regarding Kaczynski, he says: "His greatest strength is recognizing the voice of the people and transforming it into a political vision." But unfortunately, his boss is not available for an interview: "He only comes in at 11 a.m., but then he works until 2 or 3 a.m."

Within Warsaw, it is harder to get further away from PiS than in the office of Adam Laszyn, located in a new building in the Ursynow district. His company is called Alert Media Communications and is specialized in political PR. Laszyn once helped Donald Tusk, currently the president of the European Council, to victory over PiS in the 2007 parliamentary elections.

"Under PiS, our country has taken a civilizational step backward," Laszyn says. And yet he is nevertheless watching the campaign in horrified fascination. "PiS has the most modern and sophisticated political communication strategy of any party in Europe," he says. Their message, he says, is clear and versatile at the same time. It has also co-opted traditional right-wing issues such as the opposition to Islam, homosexuals, the elite, urban residents and EU functionaries.

That is how PiS has managed to ensure the loyalty of its traditional electorate, Laszyn says. "It's good enough for a while. It's enough to make a nationalist comment every now and then so that the voters know you still hold the old attitudes." Surveys show that the majority of Poles are not intolerant and xenophobic, but PiS has the support of the 20 to 40 percent who do hold such views. Now, they are seeking to present themselves as moderates and garner support from younger and more liberal voters.

Regarding the opposition, Adam Laszyn says: "Divided, without a clear message. What do they actually stand for? They don't have a chance against the PiS machine." And like many others, Laszyn fears that PiS will take the mask off once the votes have been counted after the Oct. 13 election.

Kaczynski could, for example, restrict the ability of cities to govern themselves, given that almost all population centers are still in the hands of liberal mayors. There are also concerns that the government might target the independent press. PiS politicians have frequently spoken of the "renationalization" of the media. Foreign companies could be forced to sell their ownership stakes in newspapers and broadcasters to Polish investors, which could lead to an increase in PiS influence over news coverage.

Still, the party's dominance in the lead-up to the election could ultimately prove to be a double-edged sword. After all, if PiS wants to really flex its muscles after the vote, it needs its supporters to turn out in significant numbers -- and not stay home, confident in the belief that their party will win. 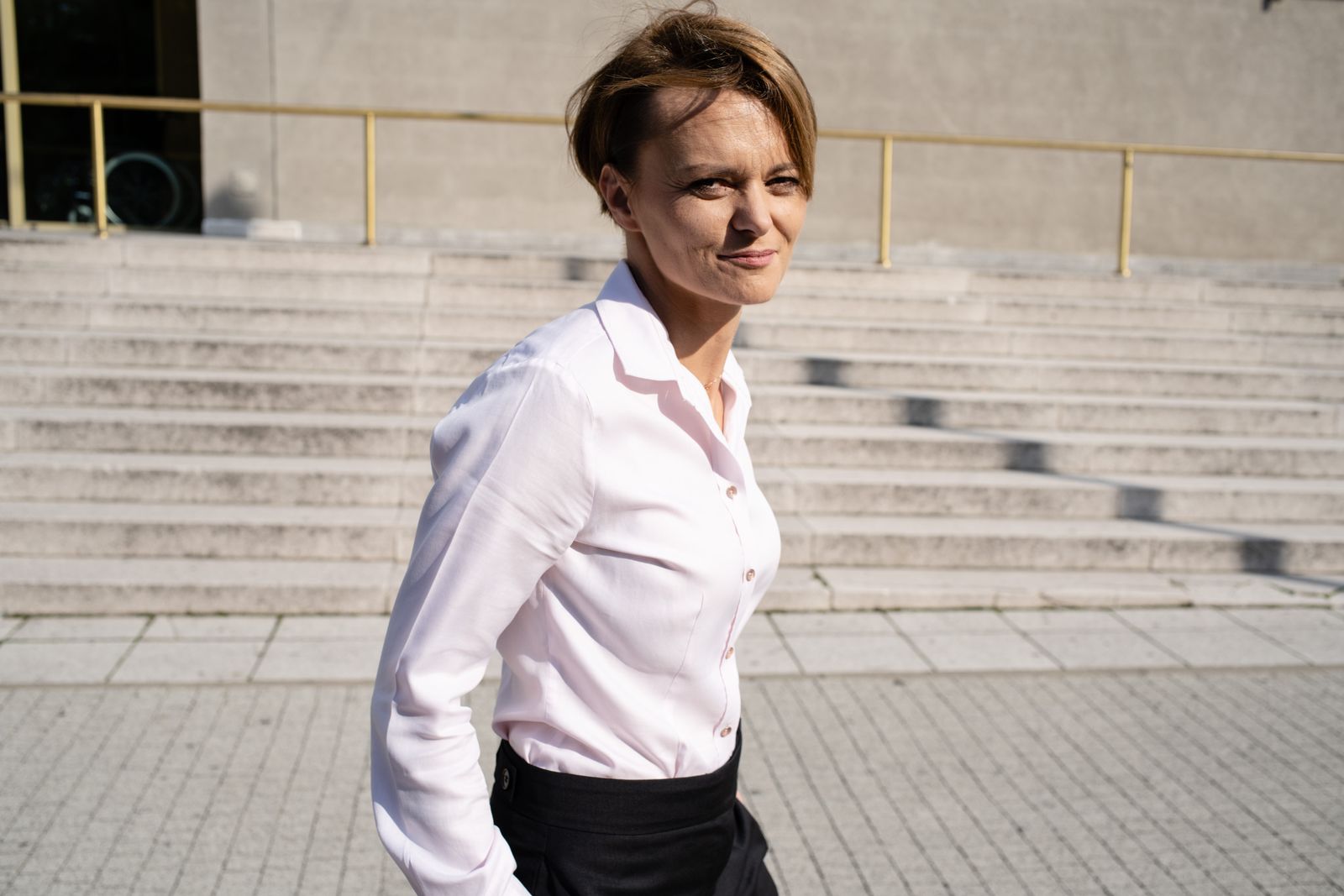 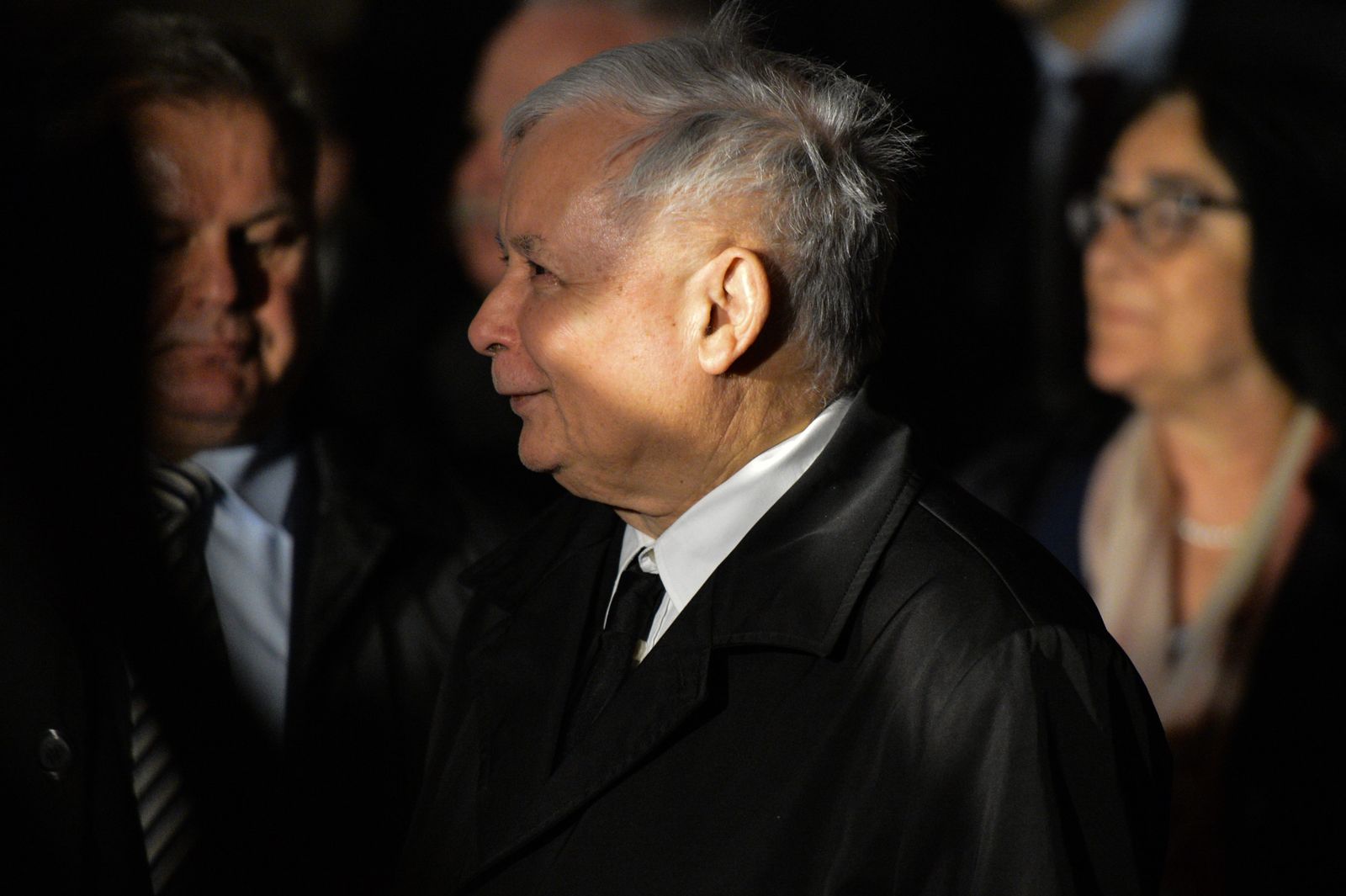