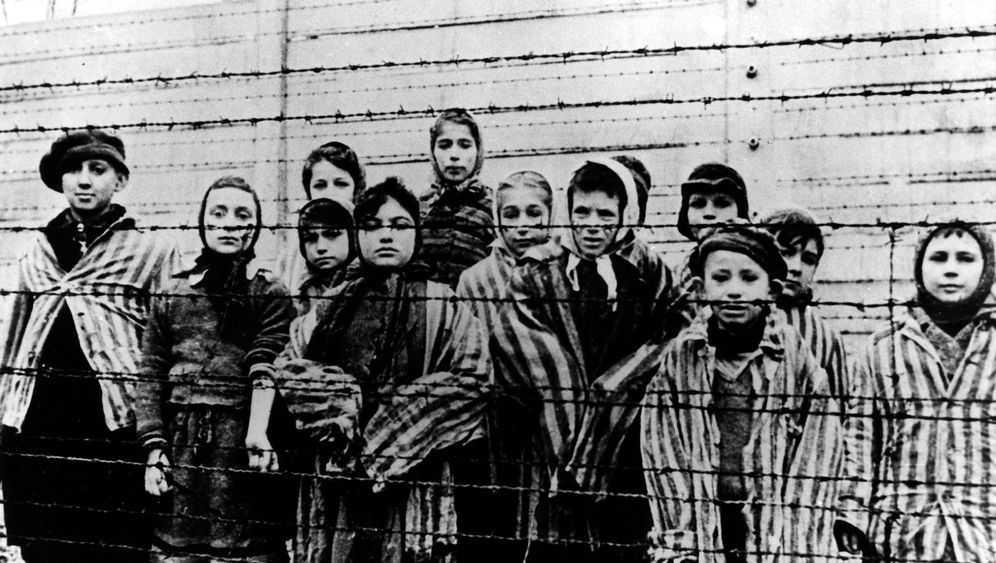 Poland's Institute of National Remembrance (IPN) has excavated a pit in a remote corner of the Powazki Cemetery in Warsaw, far from the ostentatious graves of Polish heroes.

Archeologists carefully remove bits of earth and lay out their finds under a canopy: brownish-yellow bones and a large number of skulls, most with a round hole in the back.

Poland's most famous poets, thinkers and dissidents are buried in the Powazki Cemetery, and large marble monuments have been placed on many of their graves. This cemetery is Warsaw's Pantheon, but it also holds a dark secret.

The experts with IPN, a Warsaw-based research institute that commemorates the suffering of the Polish people during the Nazi and Communist eras, are searching for the remains of the victims of their country's last dictatorship, people who never received a gravestone. They are looking for the men and women who were killed in the postwar era and then buried anonymously at the behest of the Communist leadership.

IPN experts suspect that there are up to 100 bodies of executed victims in the pit. About 30 of them were allegedly German war criminals, shot to death in Warsaw's Mokotów Prison between 1948 and 1956. But most of their fellow prisoners on death row were Poles who had revolted against the dictators installed by Stalin -- and died as a result. Their wives and relatives often learned of the executions only months later, and they were never told where the bodies were buried.

Andrzej Pilecki, a spry 80-year-old man, has also come to the cemetery on this summer day. He is there to provide the IPN experts with material for a DNA test because they suspect that the body of his father, Witold, is also in the mass grave. "I would be happy if I could finally light a candle at this spot," he says.

Witold Pilecki is a special case among all the heroes buried at Powazki Cemetery. A cavalry captain, he endured firsthand all the tortures his nation had experienced in the 20th century. He was a soldier in the Polish underground army during the German occupation and, as an agent for the movement, volunteered to be deported to Auschwitz so that he could gather intelligence on the Germans' murderous activities there. But this didn't protect him from being executed after the war for "espionage" against the new regime and probably being buried in this very pit where his son Andrzej is now standing.

Witold Pilecki was born in Olonets, in what is now the Russian region of Karelia, in 1901. As a schoolboy in Vilnius, he joined Polish soldiers fighting for the rebirth of Poland in World War I. In 1920, he fought in a battle against the Soviet army, which had tried to capture Warsaw in a surprise attack. It was one of his nation's few military triumphs.

Then Pilecki became a reservist and worked in the fields of his parents' farm in Skurcza, a village in eastern Poland southeast of Warsaw. When the German army invaded the country in 1939, his unit destroyed seven enemy tanks and shot down two German airplanes. When Poland was subsequently partitioned under the Nazi-Soviet non-aggression treaty, Pilecki went underground.

The Germans subjugated the country, sent people to concentration camps and shot civilians. But no one knew exactly what was happening at the Auschwitz camp, although the Polish resistance had its suspicions. In September 1940, Pilecki deliberately had himself arrested during a raid in the Warsaw district of Zoliborz and was taken to the concentration camp.

"I am expected to describe bare facts only," he later wrote in his account of his time as prisoner No. 4859. "But we were not made of wood." Poland's government-in-exile would use the document, known as "Witold's Report," to help convince the Allies that the Holocaust was taking place.

Pilecki became a chronicler of the Holocaust, sending his descriptions of everyday life in Auschwitz to the Polish underground movement. In one report, he wrote that the inmates had to build one of the gas chambers and a large oven. "We were building (a) crematorium for ourselves," Pilecki noted. He survived beatings and two bouts of pneumonia. He also witnessed the Germans sending Soviet prisoners or war and Jews to the gas chambers. "People were so packed together that they were unable to fall down in the moment of their death," he wrote.

When he heard reports that planes had dropped two bombs on the nearby town of Brzezinka, where the extermination camp was, Pilecki felt optimistic. He hoped that the Allies would bomb Auschwitz and that the underground army would launch an attack to liberate the prisoners. He planned to stage an uprising and made all the necessary preparations, even obtaining copies of keys to a gun room. Pilecki's network included up to 1,000 inmates.

But the attack never came. After two-and-a-half years in the concentration camp, Pilecki used forged documents to get himself assigned to work in a bakery outside the electric fence. On the night of Easter Sunday 1943, he and a group of other inmates forced open a door and fled.

Pilecki lived by his wits in the capital, where he joined the Warsaw resistance and was eventually recaptured by the Germans. He was in a camp near Murnau, in southern Bavaria, when the war ended.

He returned home in the fall of 1945. Thousands of former members of the anti-Nazi resistance movement had disappeared into the forests, from which they were waging a partisan war, this time against their fellow Poles. For them, the Communist regime was nothing but a form of foreign domination by the Russians. Leaders in Warsaw had members of the former underground arrested and, in many cases, executed.

Pilecki began gathering information about the regime and its crimes, including information on the trials of opposition members, executions and deportations.

The secret police arrested Pilecki on May 8, 1947, and he was quickly convicted in a show trial. Former concentration camp inmates begged the new prime minister, Józef Cyrankiewicz, who had survived Auschwitz himself, to pardon Pilecki. Cyrankiewicz, though ackowledging Pilecki's meritorious deeds, made it clear to the judge that he was not to use them as mitigating circumstances in favor of the defendant. In the end, Pilecki was sentenced to death for espionage.

On May 25, 1948, Pilecki was taken from his cell and executed in a manner referred to in Poland today as the "Katyn method," in which the executioner fires a pistol into the back of the convicted prisoner's head at close range. It was the method used by Soviet intelligence to murder 22,000 captured Poles in the forests near Katyn in 1940.