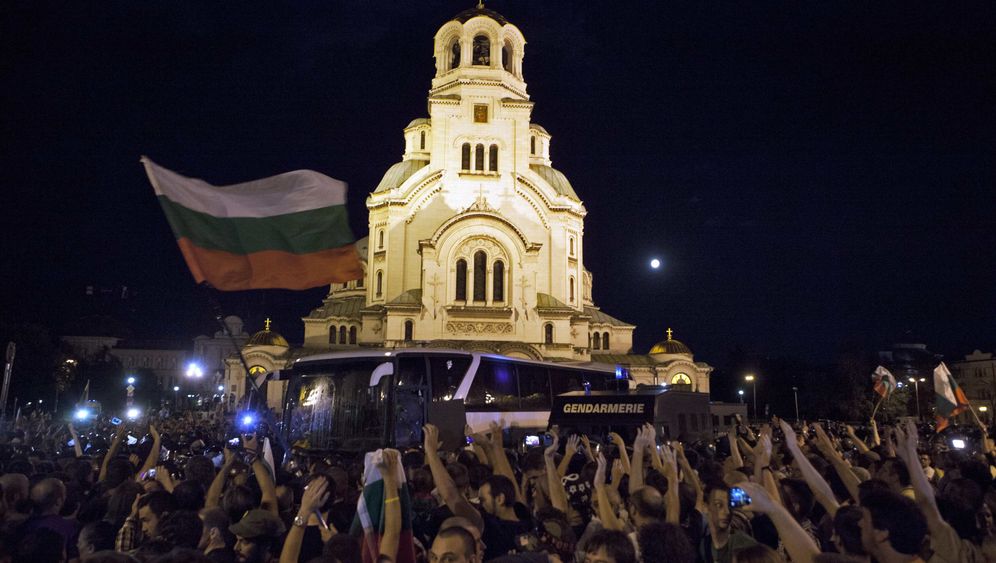 Police ended an eight-hour siege of Bulgaria's parliament in Sofia on Wednesday morning, escorting out more than 100 ministers, lawmakers and journalists who had been trapped inside overnight by anti-corruption protesters seeking to oust the left-leaning government.

The blockade was the culmination of weeks-long protests and clashes with the police, triggered by a government decision to name media tycoon Delyan Peevski as head of the National Security Agency. The move was seen as evidence of private interests controlling public institutions. The government's subsequent withdrawal of the appointment was seen as too little, too late in the European Union's poorest country, and crowds took their outrage to the streets, demanding the cabinet's resignation.

An angry mob estimated by French news agency AFP to include 2,000 people surrounded the parliament building on Tuesday evening chanting slogans like "Mafia!" and "Resign!" as lawmakers took part in a late-night sitting to discuss a controversial budget adjustment that would raise the deficit and state borrowing limit.

At around 10 p.m., riot police attempted to remove several government officials from the building by bus, but, according to several wire reports, protesters hurled bottles and stones, preventing the bus from leaving. They used trashcans, park benches, street signs and stones to reinforce their blockade into the early morning. At 3 a.m. police managed to escort several deputies and ministers out of the building. By 5 a.m., the situation had been diffused and the makeshift blockades were being disassembled.

President Rosen Plevneliev asked both demonstrators and police to remain "peaceful and civilized."

"Police reacted very adequately, policemen did their job perfectly although protesters behaved extremely aggressively," Interior Minister Tsvetlin Yovchev told reporters. "We will try to find those who threw stones at police and deputies," he added.

At least seven protesters and two police officers have been treated at the hospital for head wounds, AP reported.

The Socialist-led government came to power in May, following the resignation of the previous cabinet amid heavy anti-austerity protests.

Protesters in Bulgaria have now taken to the streets for some 40 days to demonstate against the Socialist-led government and its junior coalition partner, the Turkish minority DPS party. The protests are an expression of outrage over corruption, nepotism and impoverishment in the country.