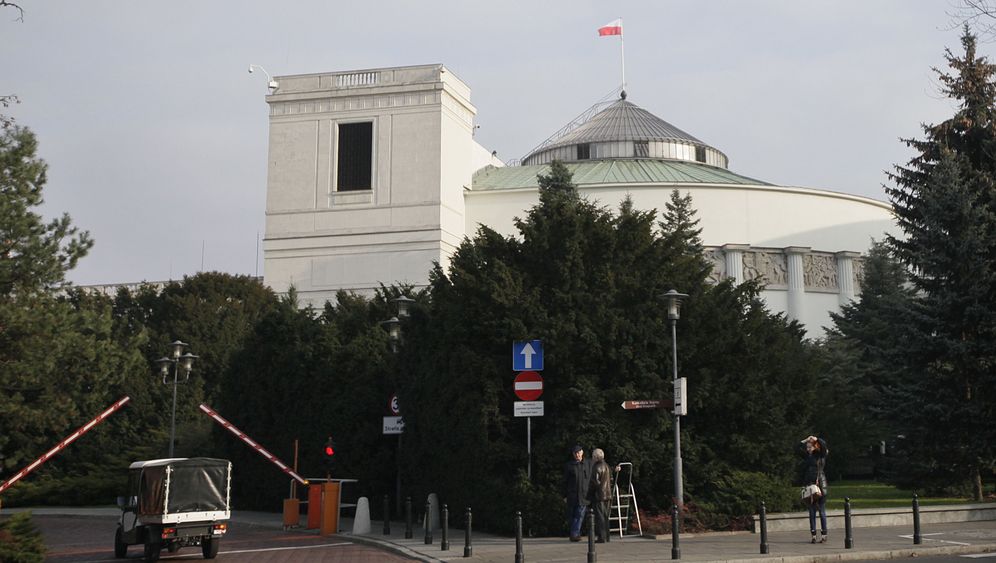 A university researcher inspired by far-right extremist ideology has been arrested in Poland for allegedly planning to bomb the country's national parliament building, authorities in Warsaw said Tuesday.

The 45-year-old Polish university researcher's plan was uncovered during an investigation into Polish links to convicted Norwegian mass murderer Anders Behring Breivik, Prime Minister Donald Tusk said. Breivik, a radical nationalist who killed 77 people when he bombed the Oslo government quarter before continuing on to the Island of Utøya to kill dozens at a political youth camp, bought material for making bombs in Poland, security officials said. Polish television also cited sources close to the investigation saying that the suspect planned to copy Breivik's methods.

Police arrested the suspect, a university researcher, in Krakow on Nov. 9. An employee at the city's University of Agriculture, he had access to chemistry labs and was in illegal possession of explosive materials, guns and munitions. Authorities also found a homemade video of a large test explosion apparently made by the suspect amid his belongings.

"He is a specialist in the field," prosecutor Mariusz Krason said during a press conference in Warsaw.

Authorities believe the unnamed man, who had allegedly concocted a sophisticated plan to detonate a four-ton bomb at the parliament building in Warsaw with top leaders and lawmakers inside, was driven by nationalistic and anti-Semitic ideas.

"He believed that the current social and political situation in our country is moving in the wrong direction," said Krason, adding that the suspect thought that those in charge were "not true Poles."

The suspect has confessed to some of the allegations against him, which include the planned attempt to assassinate President Bronislaw Komorowski, Prime Minister Donald Tusk, cabinet ministers and members of the lower parliamentary chamber with a car bomb outside the building. "The threat of an attack was real," prosecutor Artur Wrona added.

Two other people working with the suspect were also arrested on weapons charges, while another two were questioned. Prosecutors said the suspect may have been trying to recruit others to help in his cause.

Though the man was not affiliated with a particular political group, his case is likely to focus attention on Poland's far right, which is reportedly growing in the country as political leanings become more polarized. Those on the right allege that Poland has strayed from its Catholic heritage and is allowing too much foreign influence. They're also opposed to Tusk's government.

Tensions have been high between Prime Minister Tusk's center-right government and its big rival, the conservative Law and Justice party. The party's leader Jaroslaw Kaczynski has accused Tusk of "murder," alleging that he had some involvement in an assassination plot to orchestrate the plane crash that killed his brother, late President Lech Kaczynski, and 95 others in 2010. An investigation concluded that bad weather and human error caused the accident.

On Tuesday, Tusk said that the thwarted plot showed it's "high time to abandon a language of violence and hatred in public debate."