The settlement was reached between Politiken and eight organisations representing 94,923 descendants of the Prophet Muhammad in a move Politiken's Editor-in-Chief Tøger Seidenfaden says shows that dialogue is the way forward.

"The settlement looks ahead and expresses very sensible views. It may possibly reduce the tensions that have shown themselves to be so resilient. It gives us hope that relations between Denmark, and not least its media, and the Muslim world can be improved," Seidenfaden says, adding he does not believe Politiken's move is a freedom of speech sellout.

Under the settlement, Politiken has not given up its right to publish the cartoons and does not apologize for having printed them, but rather expresses regret for the affront felt by some Muslims.

"This is a good settlement. It would be wrong to speak of a victory. Both parties have reached the point where they understand the background to what has happened. Politiken is courageous in apologizing, even though its was not their intention to offend anyone," Yamani says.

"It's crazy. The media carries offensive material every day. That is what freedom of speech is about," says Social Democratic leader Helle Thorning-Schmidt. Socialist People's Party leader Villy Søvndal says that "freedom of speech is not up for negotiation."

The Danish People's Party leader Pia Kjærsgaard says she is "speechless" in finding words to express how absurd the situation is.

"It is deeply, deeply embarrassing that Tøger Seidenfaden has sold out of Denmark's and the West's freedom of speech. I cannot distance myself enough from this total sell-out to this doctrine," Kjærsgaard says.

Neither the prime minister nor the foreign minister have had the opportunity to comment on the issue, but the Liberal Political Spokesman Peter Christensen says "it is strange that Politiken felt the need to apologize. I don't see what there is to apologize for."

A World Full of Conflict

The former Liberal Chairman and Foreign Minister Uffe Ellemann-Jensen, however is positive. "The paper loses nothing by apologizing. In a world full of conflict, where too many paint themselves into a corner, it would be good to see more of these types of attempts to reach a common understanding," Ellemann-Jensen says.

In August last year, a total of 11 Danish newspapers were approached by Yamani with demands that the cartoons be removed from Internet pages, that media apologize and that they promise not to re-print the cartoons in question, or others, again.

Politiken is the only newspaper that has chosen to reach a settlement, at the same time avoiding attempts by the descendants of the Prophet Muhammad to sue the newspaper.

Jyllands-Posten, the paper which first printed the Muhammad caricatures, has also received a letter from the lawyer Yamani. But the paper told Politiken that it has no interest in a settlement which involves an apology.

Jyllands-Posten's Editor-in-Chief Jørn Mikkelsen says it is regrettable that Politiken has folded, instead of maintaining solidarity with the other newspapers. "Politiken has betrayed the battle for freedom of speech. They've given up and bowed to threats. That is, of course, disgraceful," Mikkelsen says. 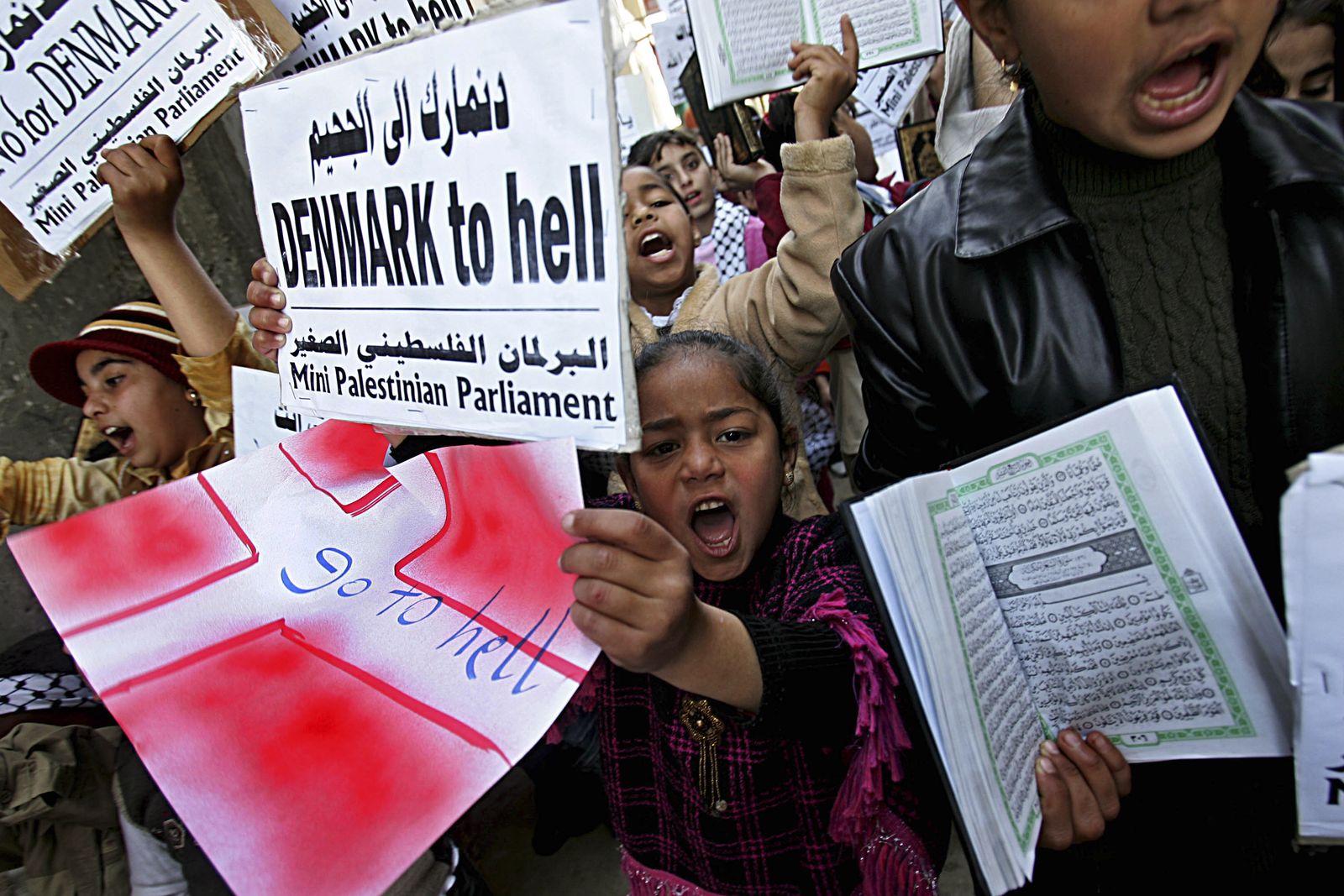 The Muslim world was outraged when the Muhammad cartoons first appeared in the Danish daily Jyllands Posten.