Budgetary discipline. Therein, as German Chancellor Angela Merkel never tires of intoning, lies the key to solving the ongoing debt crisis which continues to spread across the euro zone. But pressure on Berlin to consider other measures this autumn has been intense. And this week, the European Commission is set to make its clearest demand yet that Merkel agree to the creation of so-called euro bonds.

According to media reports, European Commission President Jose Manuel Barroso plans on Wednesday to present three different options for issuing such bonds, which would be backed by the euro zone as a whole instead of by individual members of the common currency area.

Doing so, reads the report, which has been seen by the German daily Süddeutsche Zeitung, would "stabilize the euro zone, make the financial sector more robust and would make the refinancing of state debt cheaper." The Wall Street Journal has also seen the draft paper.

Barroso has plenty of powerful allies in his quest for euro bonds. While French President Nicolas Sarkozy has yet to make up his mind, newly instated Italian Prime Minister Mario Monti has made it clear that he is in favor of such a solution. The two of them are scheduled to meet with Merkel in Strasbourg on Thursday to discuss Barroso's initiative, according to the Süddeutsche report.

The chances of success, however, are not large. Merkel has long made clear her opposition to euro bonds. Whereas such paper would certainly make it cheaper for several euro-zone member states to borrow money on financial markets, there is a chance that it could make borrowing more expensive for Germany, which pays the lowest interest rates on sovereign bonds of any country in the euro zone. Furthermore, should debt be collectivized, so too would the need to pay off that debt; Merkel is worried about turning Germany into the euro zone's lender of last resort.

"We have a choice," Merkel said on Friday in reference to euro bonds. "We can rush into a hurried European unity. That would lead to a short-term calming of the markets -- but it would also lead to a drastic reduction in European competitiveness. I don't want to have a part of that."

Barroso's push for euro bonds comes as the euro zone has appeared increasingly desperate to stop the spread of the European debt crisis. In recent weeks, several countries have seen interest rates demanded on their sovereign bonds climb into dangerous territory. Rates on Italian bonds spiked well over 7 percent prior to the resignation of ex-premier Silvio Berlusconi and last week, Spain had to pay over 6.9 percent on a sale of 10-year bonds. Analysts consider anything over 7 percent to be unsustainable on the long term. In addition, rates on French, Austrian and Belgian bonds have ticked upwards in recent weeks.

Adding to the problem, it is becoming increasingly apparent that the recently-enlarged euro backstop fund, the European Financial Stability Facility (EFSF), is insufficient to prop up a large economy such as Italy's or Spain's. Furthermore, many of the measures aimed at boosting the fund, agreed to by European leaders in late October, have yet to be implemented.

Warnings of a Downgrade

In the Commission paper promoting euro bonds, the authors warn that the "capacity of the EFSF cannot be raised without limit." Indeed, the paper warns that the fund, with a current lending capacity of €440 billion, could even shrink should a guarantor nation be downgraded by the ratings agencies -- a clear reference to France, which many believe will soon lose its AAA credit rating.

While some economists believe that euro bonds could indeed calm the ongoing debt crisis, many European leaders have likewise been calling for the European Central Bank (ECB) to step up its role in battling the contagion. Last week, Alfredo Pérez Rubalcaba, the Socialist candidate who came up short in Spanish elections over the weekend, made an impassioned plea for the ECB to buy a greater quantity of bonds from indebted euro-zone countries. It is a position shared by British Prime Minister David Cameron, French President Nicolas Sarkozy and even senior economic advisers to the government in Berlin.

Merkel, though, has remained adamant in her refusal. In comments to the press late last week, on the occasion of Cameron's visit to Berlin, she warned: "We should not pretend to have power that we don't have."

Over the weekend, she got support from new ECB head Mario Draghi. In addition to complaining about the slow implementation of certain aspects of the EFSF, he warned against limiting the independence of the ECB. "Losing credibility can happen quickly -- and history shows that regaining it has huge economic and social costs," he said, according to the Financial Times.

The Barroso paper outlines three possible options for issuing euro bonds. The first and most extensive envisions all government bond issues in the euro zone being replaced by euro bonds. Credit risk would be pooled, meaning that all currency union members would guarantee the debt of all the others.

Such a model would require significant changes to the Lisbon Treaty because of the treaty's prohibition of one member state bailing out another. The second option, too, would result in amendments. It calls for a partial substitution of national bonds with euro bonds -- up to a limit. That upper limit could be determined on a case-by-case basis depending on a country's financial discipline or it could be fixed.

The third option isn't as far-reaching as the other two. It foresees euro bonds replacing only a portion of state-issued debt and with a limit on guarantees. The paper indicates that the third option would likely not be as effective as the first two, but could be implemented much more quickly. 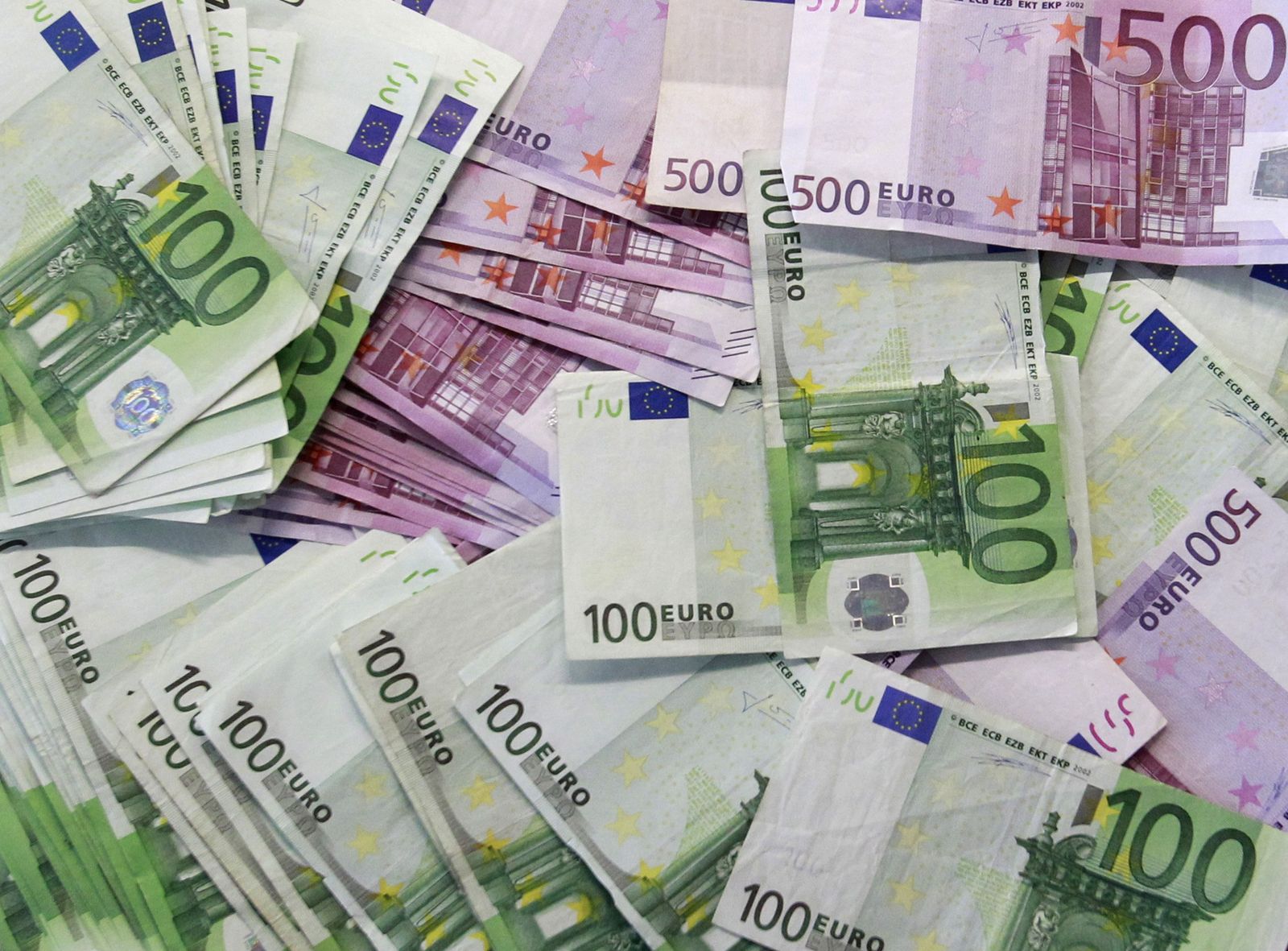 Many think that euro bonds could save the common currency.