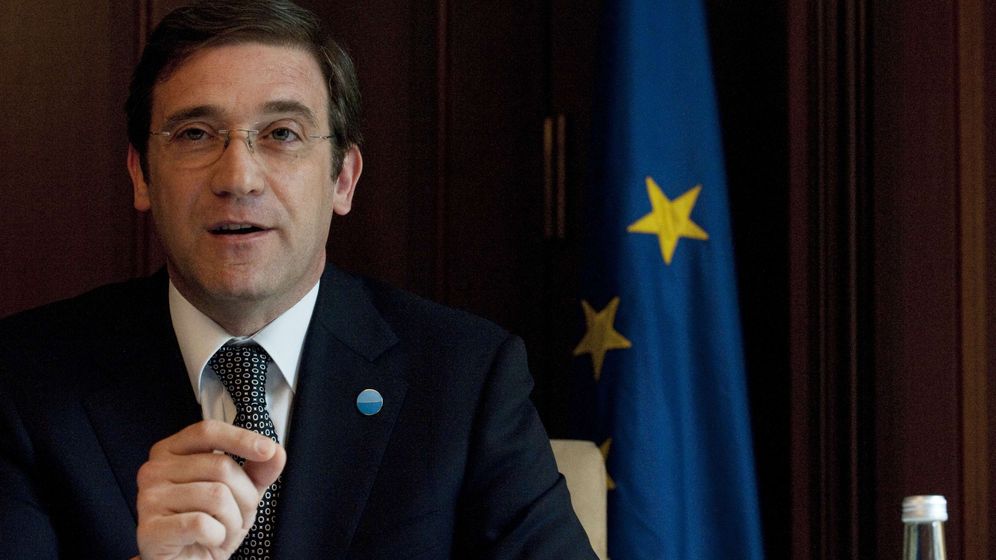 To get an idea of what the new Portugal could look like, it's best to leave the old Lisbon behind. The drive begins in the center of the city, surrounding Praça Dom Pedro, where old-fashioned shops sit next to chain stores found around the world, and then up Avenida da Liberdade.

After passing graffiti painted in protest against the dictates of the troika of international lenders, you finally reach one of Lisbon's many hills. At the top is the Nova School of Business and Economics. Pedro Santa Clara, a wiry man with short, silvery gray hair, wearing a perfectly tailored suit and a white shirt open at the collar, teaches there. But now the economist has slipped into the role of the pitchman, presenting what seem like futuristic models of a new campus he wants to build in a spectacular location along the coast.

He is referring to the business school, but he is also alluding to crisis-battered Portugal, which he believes must reinvent itself. "We have to cultivate Portugal's strengths, instead of fighting lost battles," he says.

But even if one agrees with Santa Clara's vision of a better future for Portugal, the burdens of those lost battles are heavy. The country's debts amount to 124 percent of its gross domestic product (GDP). Since private investors were hardly willing to lend Portugal money after the global financial crisis, the European Union, euro-zone countries and the International Monetary Fund (IMF) granted Lisbon a €78 billion ($103 billion) loan two years ago.

Since then Portugal, more than any of the other debt-ridden Southern European countries, has adhered meticulously to the requirements dictated by the so-called troika, consisting of the European Commission, the IMF and the European Central Bank (ECB). By cutting pensions, trimming the public-sector workforce and making the labor market more flexible, the government has held out the prospect of a return to the international financial markets next year.

But, in the third year of the recession, there are growing doubts that Portugal will then be able to refinance itself under its own steam and eventually reduce its debt to a tolerable level. And now the political stability the country has maintained for so long is also in jeopardy. 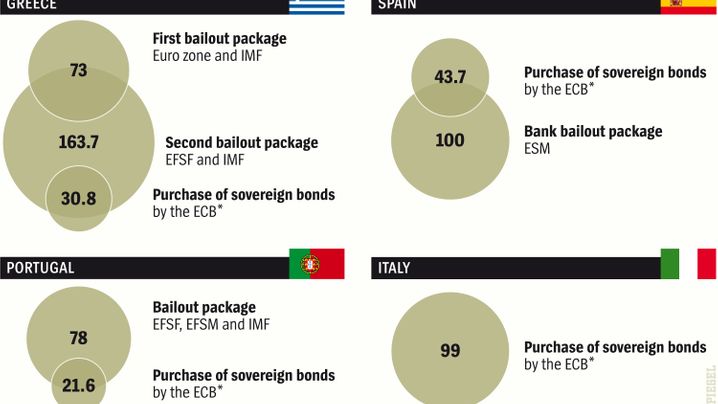 Finance Minister Vítor Gaspar, a political independent and the man who had been viewed as a guarantor of Portugal's course of austerity measures, plunged the country into a crisis when he resigned two weeks ago. Since the government headed by liberal-conservative Social Democrat Pedro Passos Coelho came into office in June 2011, Gaspar had been in charge of implementing the troika reforms. One of the reasons he decided to resign is that he had lost popular support. In addition, labor unions and, more recently, employer associations have been rebelling against the austerity measures.

Now President Aníbal Cavaco Silva has called upon the government and the main opposition party, the Socialists, to develop a sort of national emergency plan that includes the continuation of the reforms stipulated by the troika. He has also proposed new elections after the aid program expires next summer. The parties are in an uproar, and the new troika mission to review the austerity policy has been postponed until at least the end of August. Investors fear that the reform process could become derailed.

Portugal does have some initial successes to show for itself. Exports are up, especially to countries outside the EU, and the trade deficit is shrinking.

But the country has deep-seated structural problems, and change will be slow in the making. The substantial debts and an 18 percent unemployment rate are paralyzing consumption and investment. At the same time, dozens of the small companies that employ fewer than 10 people and have made up 95 percent of Portuguese businesses until now are shutting down every day.

This raises the question of whether the country can get back on its feet without a debt haircut, and whether it can develop the kind of outlook that Santa Clara envisions.

"The government is cutting funds, including those in education, with a lawnmower," says the economics professor. "This isn't very smart, of course, because a scalpel would be preferable, but a scalpel is also more difficult to handle."

Santa Clara believes that the Portuguese should take matters into their own hands. He wants to position his business school as a bridgehead for ties to Africa and Brazil. It already has a branch in Angola. In Santa Clara's view, the country should take a similar approach. "It's a mistake to believe that Portugal can only export shoes," he says. "We should also focus on non-traditional exports."

Santa Clara believes that Portugal is an attractive location for modern services, which can increasingly be performed from anywhere in the world. Management consultants and accountants have been creating jobs for years, he says, and the country also has excellent architects, along with good universities and hospitals. Santa Clara believes that Portugal could become a place where overworked people from Northern Europe spend their winters and retirees could receive medical treatments.

But is that enough?

Down in Lisbon's old city, João Ferreira do Amaral is destroying the dream of a new Portugal. A professor at the School of Economics & Management Lisbon (ISEG), Amaral has just published a book titled "Porque devemos sair do Euro," or "Why We Should Withdraw from the Euro." The book is selling well.

"At the moment, the euro is more of a curse than a blessing for Portugal," explains Amaral, sitting in his small, Spartan office, where books are stacked from the floor to the ceiling.

The common currency is too strong for Portugal, Amaral explains, which makes the products it exports too expensive. As a result, he continues, there has been too much investment in recent years in consumer products and retail companies and too little in manufacturing industries, which has left the structure of the economy "distorted."

The problems began long before the financial crisis. The EU's expansion into Eastern Europe and China's accession to the World Trade Organization adversely affected Portugal's textile and shoe industries. "We have many years of de-industrialization behind us," says Amaral. The manufacturing sector shrank from 18 percent of economic output in the 1990s to 14 percent most recently. The economy has been stagnating for more than a decade.

Portugal reacted incorrectly to external challenges. It turned inward, focusing on largely isolated industries, such as energy and telecommunications, and the economy came to depend on consumption. Private households, companies and the public sector took on more debt. But when interest rates rose during the financial crisis, the model collapsed.

But how can citizens and the government reduce their debts?

"The troika is trying to solve several problems at once, problems which cannot be solved at once," Amaral says. Reducing both the current account deficit, which had been high for years, and private household debt necessitated a decline in domestic consumption. But this, Amaral continues, led to a sharp drop in tax revenues and the expansion of the budget deficit. "On balance, we made enormous sacrifices that have had little effect on the deficit and public debt," he concludes.

Amaral is convinced that only a withdrawal from the euro and the devaluation of the escudo, the country's readopted old currency, can reverse the trend, stimulate exports and get investments and consumption back on track. "A 30 percent devaluation of the currency would suffice," he says.

But that could isolate Portugal politically and throw it back to a time when the country was caught in a vortex of strong economic growth, inflation and downturns.

"An exit from the euro is out of the question," says Minister of Economy Álvaro Santos Pereira. He feels that the main problem lies not in the strong euro, but in the excessively high interest rates Portuguese companies are forced to pay. Pereira imagines that the establishment of a development bank, a European banking union and, last but not least, the ECB will help ease the credit crunch. Nevertheless, he adds, it is essential that Portugal continue its austerity programs.

Since President Cavaco Silva called into question plans to reshuffle the cabinet, it has been unclear who will actually be setting the direction on economic and fiscal policy in the future. The cabinet reshuffle was Prime Minister Passos Coelho's attempt to satisfy his coalition partner, the conservative Democratic and Social Centre - People's Party (CDS-PP). Its leader, Paulo Portas, had also threatened to step down after Gaspar's resignation.

Portas, 50, wanted to set himself up as the new heavyweight in the administration. He was slated to become deputy premier and coordinator of economic policy. He was also expected to lead future negotiations with the European Commission, the ECB and the IMF despite his recent criticism of Gaspar's austerity policy.

Now the president wants the major parties to commit to his government's reform programs. But the socialist opposition is demanding a renegotiation of the conditions of such a commitment.

Even Santa Clara, the optimistic economics professor, doesn't believe in a more-of-the-same approach. If Portugal has to secure its own financing in the markets next year, without the troika's support and at much higher interest rates, its debts will be "clearly unsustainable," says Santa Clara, adding that there is no way around some form of debt restructuring. 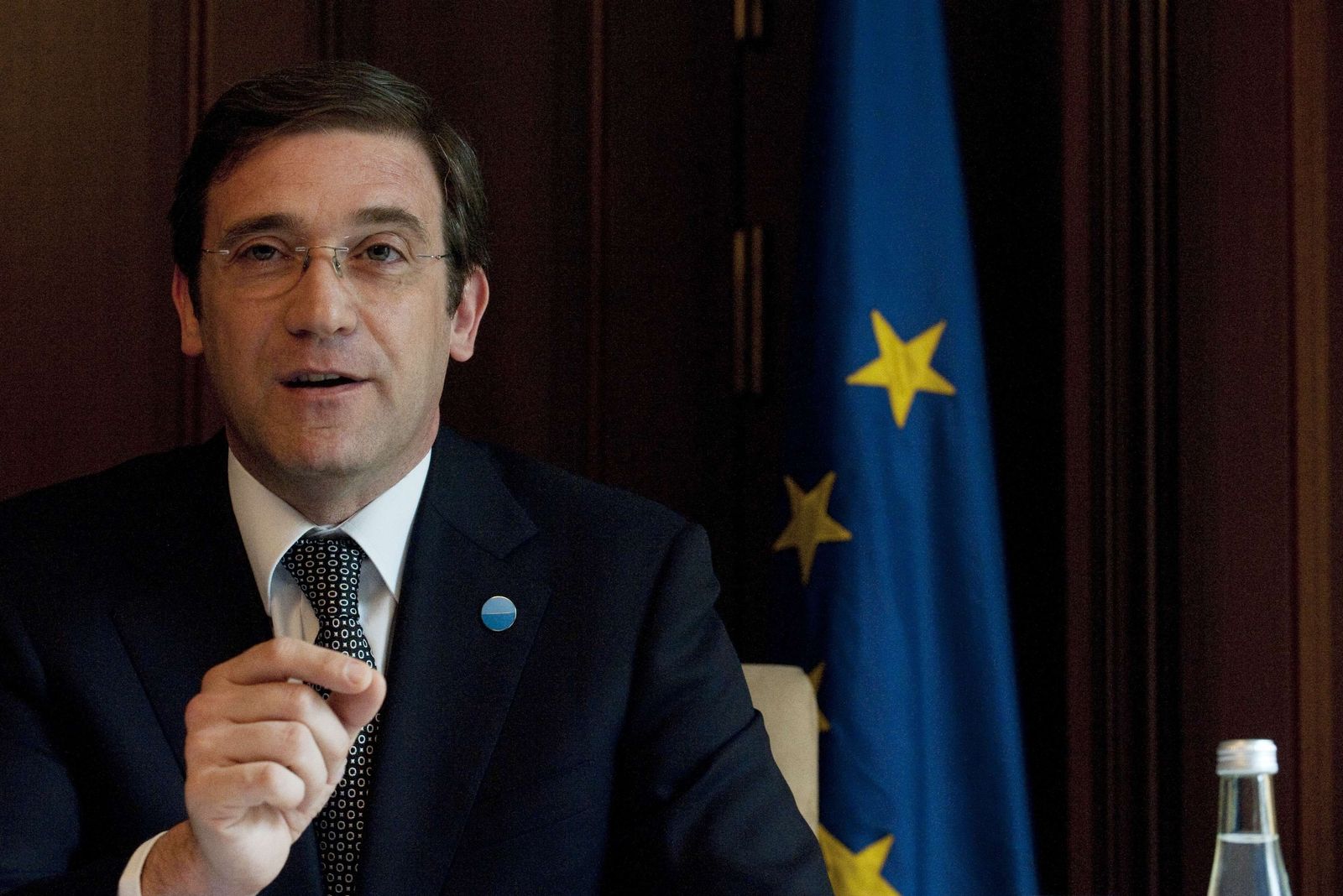 Portuguese Prime Minister Pedro Passos Coelho has his hands full. Although the country has scrupulously implemented austerity measures imposed by the so-called troika of international lenders, the Portuguese are growing weary of belt-tightening. 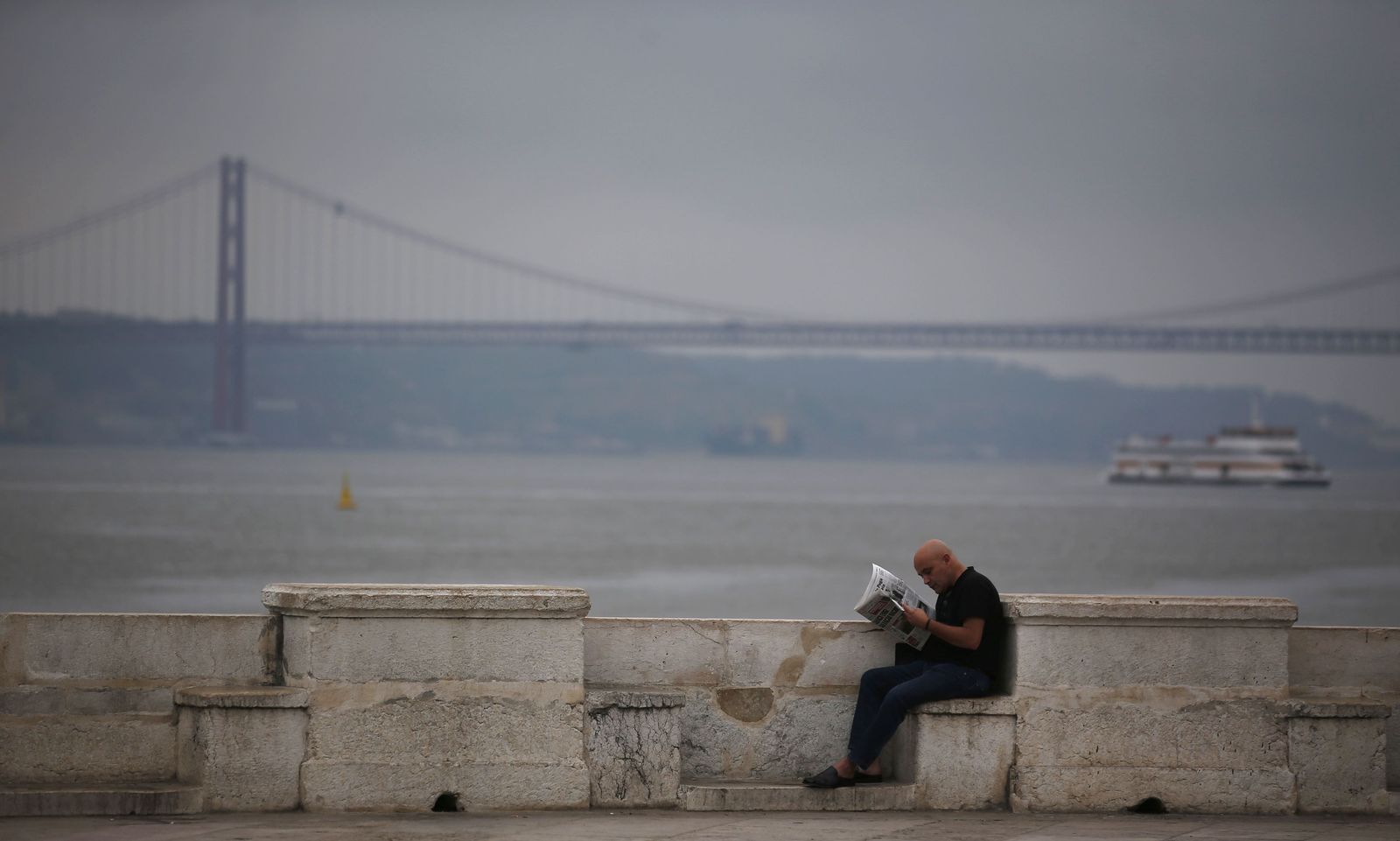 Here, a man reads a newspaper at the Cais das Colunas, as a ship sails past, along the Tagus River in Lisbon. Some question whether the country can get back on its feet without a debt haircut.