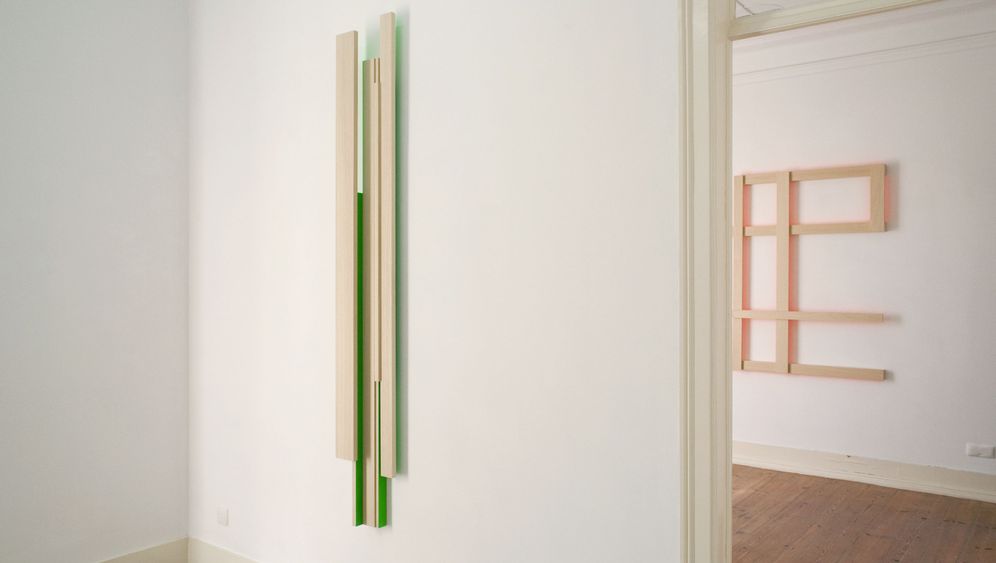 The financial crisis has made life extremely difficult for many Portuguese. But when the struggling nation dissolved its Ministry of Culture in 2011, those working in the arts were left with few places to turn.

Like many Portuguese, some successful artists simply moved away as a form of protest -- one in 10 Portuguese university graduates leaves the country, and there are thriving communities of Portuguese artists in cities like London and Berlin. But for those who chose to stay, the financial crisis is just the latest obstacle to be overcome in this small, historically poor country.

"I've paid a price to be in Portugal," said Rodrigo Oliveira, a visual artist who lives in Lisbon and has had solo shows both at home and abroad. "It's much easier for me to sell work at international art fairs than here, for example. But you also pay a price to go abroad, in terms of losing touch with your local way of seeing things. It's very difficult to be successful here, but it always was."

For much of the 20th century, Portugal suffered under a right-wing dictatorship, and the country's economy has long struggled in the shadow of its more-powerful neighbor, Spain. These problems, not to mention Portugal's small size, have kept the country's artists from getting attention, both at home and internationally. And just as Portugal was developing the infrastructure to support the arts, the financial crisis wiped it out.

"Portugal has never had a lot of money for the arts," said Jorge Xavier Barreto, the former director general of the Ministry of Culture. "We're a young democracy and new, in some ways, to culture -- more than forty percent of people here were illiterate when the dictatorship crumbled in 1974. So, of course, supporting the arts wasn't a priority here for decades."

And it's not a priority now, when unemployment in Portugal stands at 14 percent. Frustrated voters have passed the reigns of government from the Socialists to the center-right Social Democrats, but the punishing austerity packages keep coming. The banks have been battered by rating agency downgrades and have lost full access to capital markets. And despite heroic efforts to tame its budget deficit -- it fell to 4.2 percent of GDP in 2011 from a whopping 9.8 percent in 2010 -- the country is still on economists' list of dominoes to fall shortly after Greece. These aren't ideal conditions under which to support the arts.

"Unfortunately, most governments see culture as an expense, not an investment," said Barreto. Barreto is an exception, believing that art "and all other forms of culture are crucial to a democratic society." When the government decided to cut his ministry's budget to almost nothing, Barreto resigned in protest. "It was the first time I couldn't uphold my promises to people -- the cuts came in the middle of artists' contracts -- so I quit," he said. He's currently lecturing at the Lisbon University Institute.

Barreto's exit has left local artists with few places to turn. Portugal does not have a strong tradition of private cultural philanthropy, and there are few private foundations dedicated to supporting the arts.

"If you are an artist or a curator, you have only two places to ask for help," said Leonor Nazaré, an adviser and curator for the Modern Art Center in Lisbon. "The first was the Calouste Gulbenkian Foundation, which has been cutting back on much of its arts support. And the second is the government -- or was the government."

The Calouste Gulbenkian Foundation, named for its Armenian oil baron founder, "was one of the only things Portugal had for contemporary culture during the 1960s and 1970s," Nazare said. It has offered support to most of Portugal's leading artists and, as one of the biggest private foundations in Europe, it has a long reach. It founded the Modern Art Center, for instance, which has 9,000 pieces of contemporary art.

But the arts is only one of its four areas of support, and in some years -- like these -- it's less of a priority. "We're buying less and less now," said Nazare. "The artists are obliged to do other things for themselves -- they manage, I don't know how."

They manage through exports. From new artists to established gallerists, everyone in the Portuguese art industry is thinking about how to get foreign buyers for their work. Whether it's by attending international art fairs or trying to represent more foreign artists, they seek to avoid dependence on the Portuguese market.

"We're no different than any other industry in Portugal -- to survive we're going to have to attract foreign investment," said Caroline Pagès, who opened her contemporary art gallery two years ago. "Right now about a third of my buyers are foreign. In the near future I'd say it's going to be half."

In order to attract those new buyers, Pagès said she has had to "develop a strategic geovision." Art fairs, she said, "have become crucial," even for smaller galleries like hers.

Because she can't afford art at the largest, highest-profile fairs, she focuses on smaller fairs in Spain and the Mediterranean region that attract international Latin American buyers. "Portuguese artists have a way of looking at their history that can be very interesting to people in other regions," she said. "And it helps that their history is in regions that are growing economically at the moment, whether it's the Maghreb or the former colonies. Those ties are what's going to save Portugal from this crisis."

Cristina Guerra, who runs Lisbon's most prominent contemporary art gallery, agrees. Years ago she began representing artists from former Portuguese colonies -- especially Brazil and Angola -- and she now has many collectors from those countries as well.

"It was both an economic and an artistic strategy, because my original idea was to try and put Portuguese artists in North America and Europe," Guerra said. "But when I would go to the fairs, I started meeting artists from Brazil and Angola, and fell in love with what they were doing. That has worked as a crisis strategy, too, because we don't have many Portuguese collectors now."

Even the smallest art spaces are looking for ways to branch out. When João Mourao and Luis Silva opened their art space, Kunsthalle Lissabon, in 2009, they intended it to operate as a small-scale local public production and presentation institution.

During their first year of operation -- with some funding from the now-defunct Portuguese Ministry of Culture -- they produced mainly local artists. That has changed. Their most recent show featured a Dutch artist, Melvin Moti, for which the space received funding from the Dutch embassy. Their next show includes work by an artist from Cyprus and one from Germany -- with funding from the Cypriot embassy and Germany's Goethe Institut.

"We're starting to define our program in terms of funding opportunities, and in some ways, that's a problem for us," said Silva. "This is not to take anything away from the artists we've shown, all of whom have merit. But we are a local institution and we want to serve the needs of the people of this community. But you're seeing this in small-scale institutions all throughout crisis countries. It's not about what kind of art we want to show, it's about how we keep the lights on."

All of which adds up to fewer opportunities for local artists -- at least if they want to show or sell their work in Portugal. That, too, can be difficult -- but it can also come with an unusual payoff.

"There's no such things as the bohemian artist anymore. We have to be extremely focused and strategic about building our careers and our international reputations," said the artist Roberto Oliveira. "But the good thing is that Portuguese artists have not been great about developing our international reputations, and now we have to do so. In the long run that will be good for Portuguese art."