The warning signs are mounting, and fresh news is adding to the gloom every day. Britain's financial watchdog has instructed banks to brace for a possible break-up of the euro zone. British currency trader CLS Bank is reportedly conducting stress tests to prepare for this worst-case scenario.

Polish Foreign Minister Radoslaw Sikorski made a dramatic appeal to Germany on Monday to prevent a collapse of the currency union, saying: "We are standing on the edge of a precipice."

German investors are jettisoning derivatives on a large scale because they have lost confidence in the instruments. For the first time, it appears, people across Europe regard the downfall of the euro as a real possibility.

Is it really for the first time, though? In fact, scenarios for the euro's breakup are older than the currency itself. At the end of 1998, Harvard Law School Professor Hal Scott published a paper called "When the Euro Falls Apart." He put the chances of the euro failing at around 10 percent.

Today, that's a real prospect. According to Mark Cliffe, the chief economist of ING Bank, "even the most ardent euro admirer must concede that the probability of countries leaving or the breakup of the euro zone is no longer zero."

The economist Nouriel Roubini, known as "Dr. Doom" because he predicted the 2008 financial crisis, recently put the likelihood of the euro zone collapsing at 45 percent. But such expert forecasts sound abstract to most people.

What would be the concrete consequences and costs of a euro apocalypse -- for Europe and for Germany? Here's an assessment:

Is Leaving the Euro Even Possible? And is it a Nightmare Scenario?

The disintegration of the euro zone is basically possible. Back in 1998, Harvard Law School Professor Scott cited a number of factors that would theoretically permit euro countries to return to their national currencies. The euro zone:

So could Germany simply return to the deutsche mark? Could Greece simply reintroduce the drachma?

That wouldn't be as easy as euroskeptics are arguing. The European treaties don't envisage nations leaving the euro zone -- a country can only quit the European Union as a whole. Such a departure would take a long time, and investors could use that time to withdraw their capital, warns economist Karsten Junius in a research note for DekaBank. So the country in question would suffer economic damage on its path back into a national currency.

It is also unclear what would happen to a country's sovereign debt if it left the euro zone. When the single currency was set up, national debt was converted into euros. In many cases, that conversion was enshrined in bond contracts as a one-way street, meaning that a return to national currencies wasn't provided for.

The decisive factor would be whether the country in question had borrowed money under national or international law -- and that varies from member state to member state. According to DekaBank, Germany has issued only 0.2 percent of its debt under international law, while the figure for the Netherlands is just under 40 percent. For Portugal, it stands at 60 percent.

The bonds would become the subject of legal disputes which would cause lasting damage to investor confidence in the countries that issued them. Investors are already worried by these factors. Japanese bank Nomura is reported to have advised its customers to check the government bonds in their portfolios to see whether they can be converted into a national currency.

When a currency is abolished, there are always victims, including many citizens whose savings are suddenly worth less or nothing. History shows that the collapse of currency unions is often accompanied by unrest or even civil war. UBS chief economist Stephane Deo believes that it is "virtually impossible to imagine a break-up without severe social consequences."

Violent protests in Europe? It is a nightmare scenario.

At the same time, the EU would suffer an immediate loss of influence in the world if it lost the euro. Efforts to forge a common foreign and security policy would be rendered pointless. Without the euro, the voice even of large countries like Germany would amount to no more than "a whisper on the world stage" writes Deo.

US economist Barry Eichengreen says the disastrous political consequences of a collapse of the euro zone will deter countries from allowing the currency to fail. "The high value that member states attach to their involvement in the larger European process would prevent them from abandoning the euro," he writes, adding: "except under the most extreme circumstances."

Have these extreme circumstances been reached now? Are the costs of saving the euro -- ever-increasing debt and interest payments on that debt -- so high that they exceed its benefits?

Exit from Europe Would Cost Each German Thousands

In no other country is skepticism of the euro as great as it is in Germany. On the one hand, that is understandable given that Germany is responsible for the largest share of the aid packages for the crisis-stricken countries. But it also comes across as a bit absurd considering the high degree to which the country has profited from the introduction of the euro.

Germany is a proud exporting nation, and around 40 percent of its exports go to other euro-zone nations. On Tuesday, the news broke that German exports will exceed the €1 trillion level for the first time. But the very companies enjoying this current success are accustomed to being able to export their goods at the lowest and most stable prices. The euro made both possible. The common currency eliminated exchange rate fluctuations in the euro zone, the euro appreciated less strongly than the deutsche mark. In other words, it kept prices competitive.

The result was a boom in exports. Between 1999 and 1993, German exports rose by around 3 percent. But between 1999 and 2003, exports increased by 6.5 percent. Between 2003 and 2007, two years after the introduction of euro notes and coins, German exports rose a staggering 9 percent. The federal government-owned investment bank KfW researched the benefits of this boom and determined that membership in the currency union has created profits in Germany in the last two years alone of €50 billion to €60 billion.

If Germany were to exit the euro zone, this advantage would vanish quite suddenly. A reintroduced deutsche mark would quickly appreciate against the euro -- UBS chief economist Deo regards a rise by 40 percent to be realistic. The result would be that exports would become more expensive. If a strong country were to leave the euro zone, Deo writes, "it would ultimately have to write off its export industry." For the German economy, this would be a disastrous scenario.

Would Would Happen If Athens Left the Euro Zone?

And what would happen to the crisis-plagued countries like Greece and Portugal? Some economists -- like Hans-Werner Sinn, the president of the Institute for Economic Research (Ifo), a leading German think tank in Munich -- believe Greece could actually regain competitiveness by leaving the euro zone by devaluating the drachma. That may sound good at first, but there's a catch: Athens would still have to pay back a large share of its debt, even after exiting from the common currency, in euros. But that repayment would be made far more difficult as a result of the drachma's devaluation. An Athens exit from the euro zone would also hit German and French banks, which have a high degree of exposure to Greek debt.

A decisive question is that of the total cost Germany would face if it left the euro zone. Economist Dirk Meyer has developed a scenario in which the total costs would fall somewhere between €250 and €340 billion. That would represent 10 to 14 percent of German gross domestic product, a considerable amount.

UBS chief economist Deo, has even gone so far as to estimate that 20 to 25 percent of GDP might be realistic in the first year after a German exit alone. That would translate to a per capita cost of between €6,000 and €8,000, with costs of between €3,500 and €4,500 in subsequent years. By comparison, if, after Greece, Portugal and Ireland each had to be given a debt haircut of 50 percent, Deo estimates it would only cost around €1,000 per German citizen -- and it would be a one-time cost.

The calculations undertaken by ING chief economist Cliffe are similarly pessimistic. In his scenario, he assumes that the breakup of the euro zone would create many additional problems: falling stock prices, the need to bail out further banks to the tune of billions and a sharp drop in the euro exchange rate. "Compared to the presumed long-term benefits, the scope of the economic damage in the first two years would weigh heavily," he concludes. "Decision-makers," he warns, "perhaps ought to think of that before they gleefully describe the exit from the currency union as an option."

This sounds like a clear message to Europe's politicians. But it isn't just the real economy that would be affected massively by the end of the euro zone. The financial sector would also face new perils.

How Reinstating Old Borders Would Ravage the Financial System

The impressions left by the last financial crisis in 2008 and 2009 remain fresh, the worries of new problems among banks still great. In this situation the exit of a single country from the euro zone could be fatal.

Should a weak country like Greece pull out, a panicked reaction by its citizens is to be expected. In expectation of currency devaluation, hundreds of thousands of people would likely clean out their bank accounts, creating a run on banks. People would subsequently try to put their money in foreign banks. A capital flight like this would finish off banks that are already in distress.

Were the entire euro zone to dissolve, even a strong country like Germany would suffer. In this case each former member country would have to establish a new exchange rate for their new currency. Europeans would then have an incentive to swap their remaining euros against a strong national currency -- like the deutsche mark, for example. Thus Germany would attract piles of capital, in turn increasing inflation pressure.

According to economist Junius, countries have two possibilities for avoiding these problems: On the one hand they can act so quickly that the financial markets would be surprised by their exit from the euro zone. In this case, however, the move couldn't be communicated politically and legitimized -- making it practically unthinkable.

On the other hand, countries that pull out could, through the implementation of capital controls, among other things, take precautions for monitoring the amount of money that comes in and out. Harvard economist Scott has already thought extensively about how Italy could introduce a new Lira with temporary border closures and stamping.

But Junius sees such a step as unrealistic for Europe. "In light of the geographical proximity and intensive trade relationships it would be a very impractical solution that would offer a few days of relief at best," he said. Furthermore, the capital controls would contradict the principle of the common market, putting the concept of the European Union itself in question. 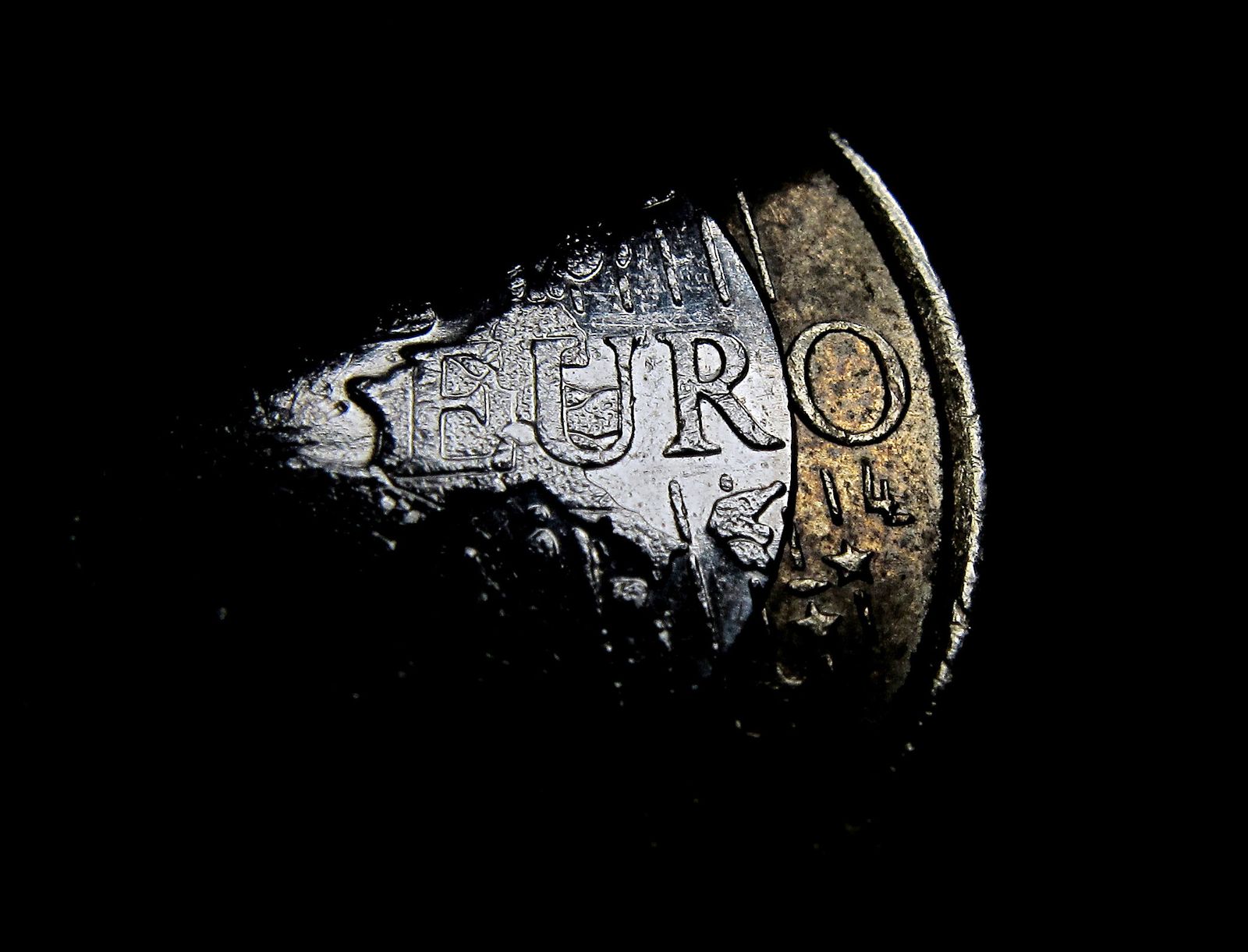