Ukraine has voted, and yet nothing has been decided. It is an election result that fits perfectly to a country that is still seeking a balance between East and West. Viktor Yanukovych, leader of the Party of Regions and representative of the Russian-speaking east, won the first round, winning between 31.5 and 36.6 percent of the vote, according to initial projections. "The people want change," enthuses his party colleague Nikolay Azarov. But whether Yanukovych will really be able to become president is, after election night, more than questionable.

Yanukovych, who is very tall and who sometimes looks rather ungainly, hardly made any mistakes during his uneventful campaign. He seemed mainly to concentrate on giving his charismatic rival Yulia Tymoshenko a wide berth. She called him a coward because he did not want to participate in a joint televised debate. But the polls ahead of the election showed he was in the lead, predicting he would win twice as many votes as Tymoshenko, Ukraine's current prime minister.

His strategy was to wait and see. He watched as the former comrades in arms, Tymoshenko and Viktor Yushchenko, the heroes of the Orange Revolution, destroyed each other. "We have lived through that orange nightmare together," he told his supporters during the election campaign.

But after this election night, the nightmare is not yet over for him. After the last election in 2004, he was already regarding himself as president and had accepted the congratulations of the Kremlin when the Orange Revolution, with Yushchenko and Tymoshenko at the top, swept him from power.

He has now won, but Tymoshenko is breathing down his neck. The projections have her winning 25 to 27 percent of the vote -- significantly more than recent public opinion polls showed her getting. Yanukovych's lead is not big enough to be comfortable.

5 Percent for Yushchenko as Voters Dole out Punishment

Now it depends on the losers of this first round. Yanukovych and Tymoshenko will both try to win the support of their defeated rivals in the time leading up to a Feb. 7 runoff election. These include, for example, the ex-banker Sergey Tigipko, who managed to win about 10 percent of the vote. There is Arseniy Yatsenyuk, the young hope of the orange camp. And, of course, the outgoing incumbent, Viktor Yushchenko, who was punished by the voters and only got 5 percent. A determined Tymoshenko announced immediately after the polls had closed that she would negotiate with all democratic forces. One thing is clear: She's not giving up yet.

Huge posters of the 18 candidates had covered the streets of Kiev until shortly before the election, when political advertising had to be removed according to Ukrainian regulations. The election campaign, which had previously been confusing and chaotic, now turns into a duel with an uncertain outcome. In the view of the independent member of parliament Taras Chornovil, Tymoshenko will try to get the west of the country to rally behind her. Whether she will succeed remains uncertain. Her former comrade Yushchenko harbors a deep grudge against her. In an interview with SPIEGEL in September, he accused her of "betrayal, secret deals and putsches."

Yanukovych has also changed. In 2004, half the country made fun of the lanky politician. At a campaign appearance in the western Ukrainian city of Ivano-Frankivsk, Yanukovych, apparently under attack, theatrically fell to the ground and bodyguards threw themselves protectively over the body of the party leader. But he had only been hit by an egg on his lapel.

These days Yanukovich is trying to make himself look like an attractive candidate in the west and center of Ukraine. He recently said in an interview that the Russian language did not necessarily have to be given the same status as Ukrainian. That demand from the Party of Regions had previously always antagonized nationalist-minded voters in western Ukraine.

Tymoshenko Presents Self as Mother of Nation

Tymoshenko, too, has been trying to break through the old boundaries. The current prime minister, who was born in the eastern Ukrainian city of Dnipropetrovsk, has been trying to present herself as the mother of the nation. "As long as I am prime minister, my family is Ukraine and the entire Ukrainian people," she said. "Everything that causes pain to our country's people also causes pain to me."

In recent weeks, she has given particular attention to the voters in the east. Here, in the Russian-speaking cities, which are dominated by mining and heavy industry, the Party of Regions has until now succeeded in winning the communist vote. The party enjoys support of 80 to 90 percent in its strongholds, something that Tymoshenko now wants to break. She has been tirelessly visiting factories and mines, posing with steelworkers and miners and promising assistance to entrepreneurs and plant managers -- in the hope that workers in the crisis-hit firms would show their appreciation of the support.

Back in 2004, Tymoshenko was in league with the Western-oriented Yushchenko, the husband of a former employee of the US Congress. Now she is calling for better relations with Russia. These days, members of her campaign team praise the "rich and varied Russian culture" and stress that Yushchenko's confrontational stance toward Moscow had been inadequate. Under the auspices of the outgoing president, Ukraine had supplied heavy military equipment to Georgia, which fought a war with Russia in August 2008.

After the first round of voting, it is not clear whether Yanukovych or Tymoshenko will be president of Ukraine. Only one thing is sure: Both candidates are very skeptical regarding possible NATO membership for Ukraine and both want good relations with Russia. Moscow, it seems, is the winner of the election so far. 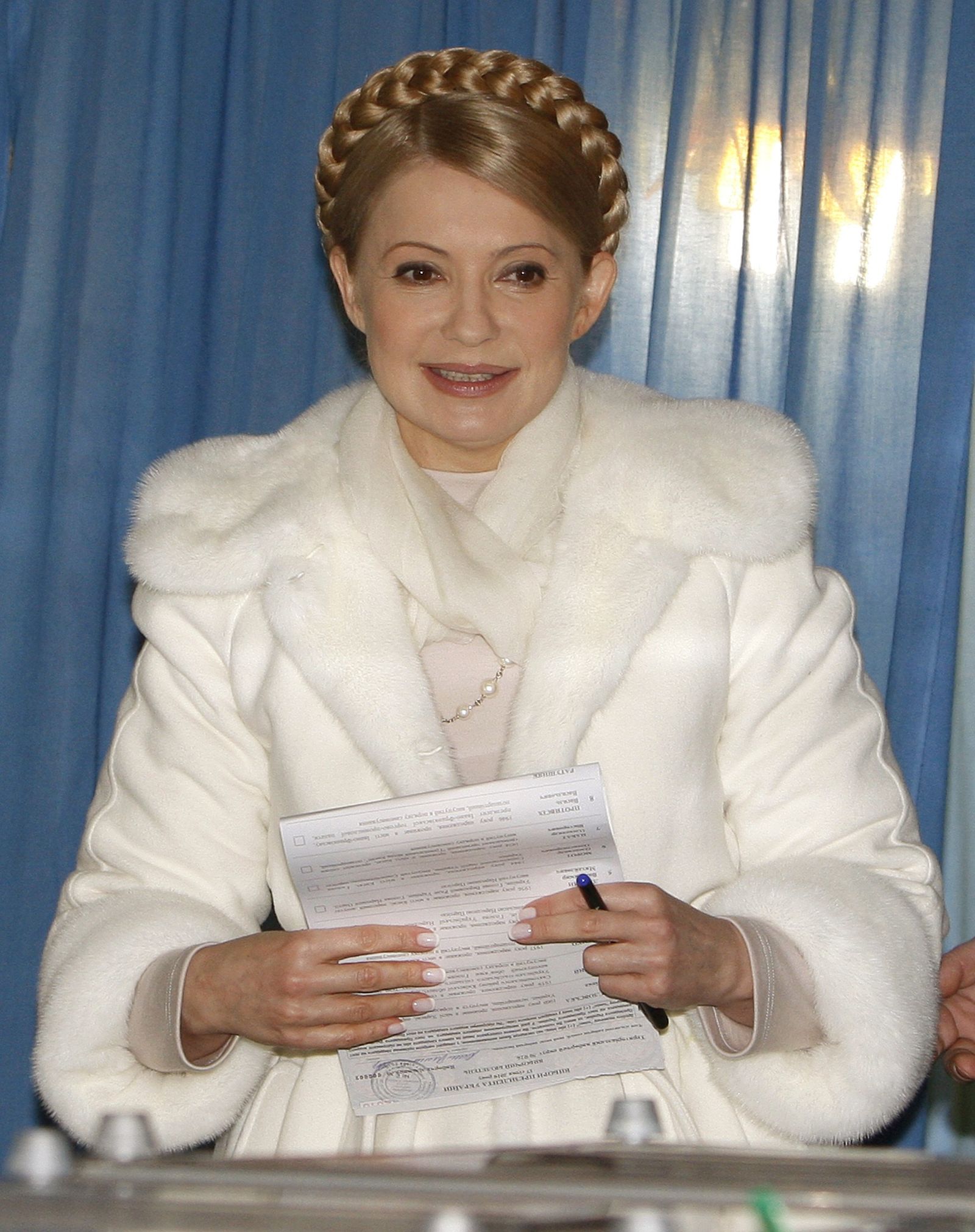