Hungary's controversial new media law has been massively criticized since it came into force in January of this year. But one group of Hungarian journalists has gone to extreme lengths to protest against what they see as manipulation on Hungarian state television: They have been on hunger strike since Saturday.

The action was prompted by a report on the public broadcaster MTV on Dec. 3 that showed the face of a former head of Hungary's Supreme Court, Zoltan Lomnici, blurred out for no apparent reason. The technique is normally used to protect the identity of people facing criminal charges. One of the strikers, Balazs Nagy Navarro, told the news agency AFP that the airbrushing gave the impression that Lomnici was a dubious character.

Lomnici, who is regarded as a critic of the government of Prime Minister Viktor Orban, told the British non-governmental organization Index on Censorship that the airbrushing incident was "the most serious infringement of press freedom in the past 20 years."

Insiders told Index on Censorship that the blurring incident was likely motivated by personal difference between Lomnici and senior management at a public television station. Nevertheless, the organization wrote on its website that the case "does highlight a decline in ethical standards at Hungary's public broadcasters" since the passing of the new media law.

"Our strike will continue until ... the world realizes what is happening in Hungary under the label of 'press freedom': employees terrorized, programs manipulated or falsified," Navarro told AFP. "We are going to stay until things change, even if we risk hospital." Navarro is the head of a trade union that represents television employees at the state-run television station MTV and the founder of an organization called the Movement for Honest Reporting.

In an interview with Hungary's Civil Radio that was posted on YouTube, Navarro also gave another example of alleged manipulation at the public broadcaster involving Daniel Cohn-Bendit, a prominent Green member of European Parliament. A news report had been edited so that it looked like Cohn-Bendit had avoided answering a question about his private life, when in fact he had answered it at length. Navarro claimed that the manipulation was because Cohn-Bendit had attacked Prime Minister Orban in the European Parliament.

On Thursday, the Associated Press reported that Gabor Elo, the director of Hungary's state news service, had been fired in reaction to the hunger strike. In addition, the editor-in-chief of the state news service, Daniel Papp, who had been responsible for the Cohn-Bendit report, had been transferred to another post. Navarro told the AP on Thursday that he and the other journalists would continue their strike until all the employees responsible had been dismissed.

Orban's conservative Fidesz party, which has an outright majority in the Hungarian parliament, has been accused of engaging in a power grab since coming to power. Critics say it has been trying to take control of the county's independent institutions. In January of this year, the Hungarian government introduced a media law that has been massively criticized within Hungary and abroad for restricting press freedoms. Among other things, the law created a powerful new media authority whose board is appointed by the government. The body can impose large fines on broadcasters over vaguely defined offenses such as "breaching human dignity."

Although Hungary has made some changes to the law, media freedom groups are still critical of the legislation. Last month, the Vienna-based International Press Institute (IPI) said that the law "remains highly troubling." 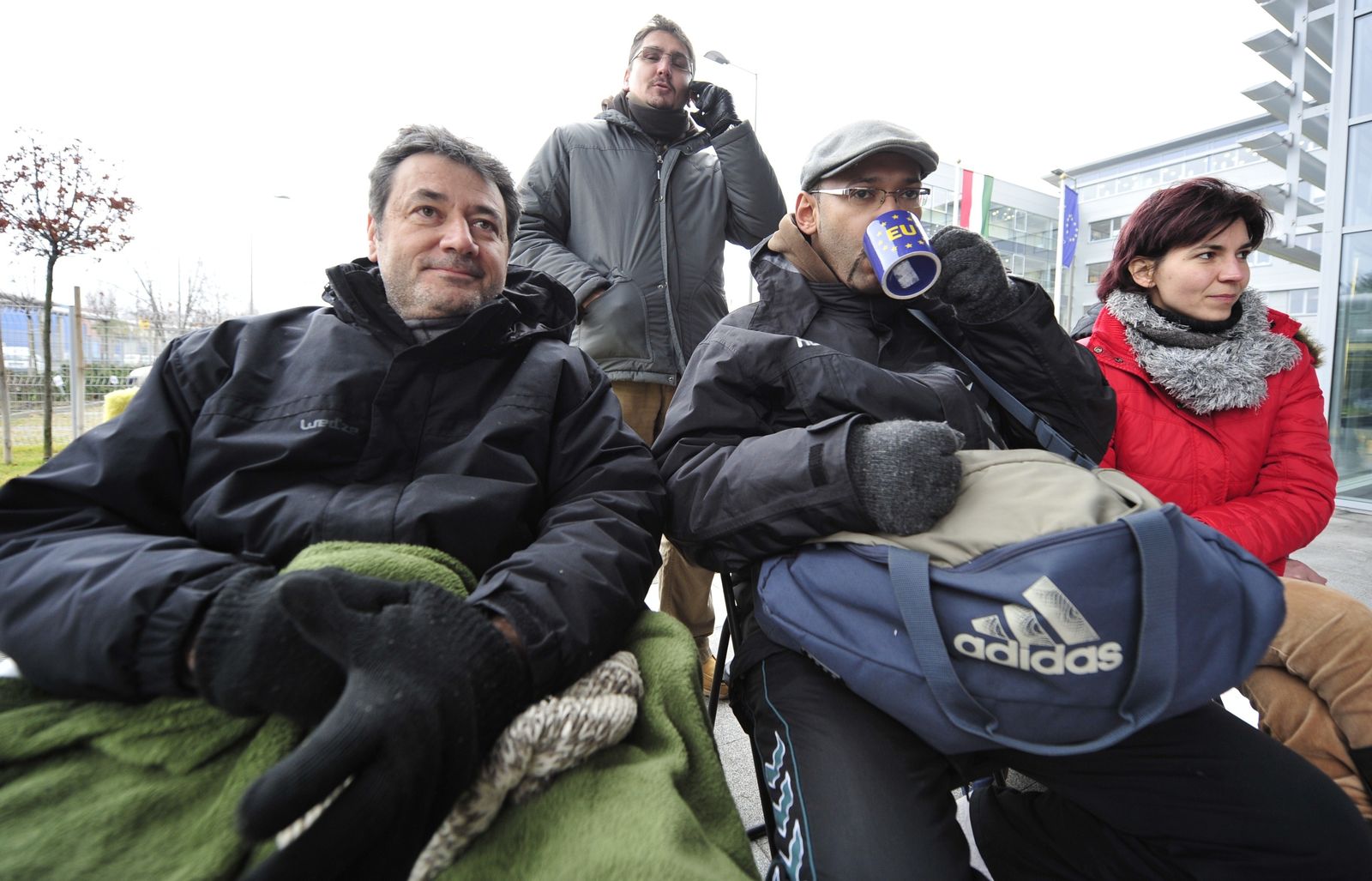