German Chancellor Angela Merkel is running out of allies in her drive to solve the euro debt crisis through strict austerity programs.

French Socialist François Hollande looks on course to oust President Nicolas Sarkozy, who has been Merkel's most important partner in the fight to overcome the debt crisis, in a run-off vote on May 6 after beating him into second place in the first round on Sunday.

And Dutch Prime Minister Mark Rutte, whose minority government has been lecturing Greece and other high-debt countries about the need for strict spending cuts, resigned on Monday after the far-right Freedom Party of populist Geert Wilders refused to back budget cuts for the Netherlands, regarded as one of the most stable economies in Europe.

Across Europe, right-wing populists are on the rise, winning votes from ordinary people disenchanted with cuts that have been making their lives harder. In France, the National Front of Marine Le Pen won 17.9 percent on Sunday, the highest result a far-right candidate has ever managed in France.

Stock markets across Europe fell sharply on Monday, particularly in response to the collapse of the Dutch government. The political turmoil in the Netherlands has sent a disastrous message that could thwart Merkel's master plan to save the single currency.

If the Dutch with their robust economy aren't willing to observe the 15-year-old rule limiting the budget deficit to 3 percent of GDP, many are asking, why should other nations such as Greece, Spain, Portugal and Italy, which have far bigger economic problems?

German media commentators say the popular backlash against austerity threatens to bring the euro crisis back with a vengeance after leaders had managed to put a lid on it in recent months. Matters were made worse by economic data this week pointing to a further slowdown in the European economy as the purchasing managers' indices for the euro zone fell sharply this month.

"The euro is now in an increasingly vulnerable position, in our view, as the economic, political and investment environment in Europe take a turn for the worse," analysts at Morgan Stanley warned its clients in a note.

Commentators writing in the Tuesday editions of Germany's newspapers appear to agree.

"The relative calm is over in the euro zone -- that much can be predicted after this weekend. The Netherlands can't find a responsible majority willing to stick to the 3 percent rule that has been in place for 15 years. In France, the candidate is in front who has promised voters something the republic can't afford -- as a look at last year's French budget deficit proves. Austerity is out of fashion, the cause of the major crisis has been forgotten again. Poor Europe.

"The fiscal pact was signed a few weeks ago, the instrument that, despite its weaknesses, is intended to found a new alliance of solidarity. In bond markets, the inexplicably high risk premiums gradually fell for the countries that had been teetering dangerously every day at the beginning of the year. The mutual pledge by countries to stop living on credit at the cost of coming generations seemed to be working. Even the voices calling for bigger and bigger bailout packages had had the volume turned down on them. They will now make themselves heard once again. And this time, hardly anyone will stand by the chancellor and her finance minister when they criticize these high-risk games as nonsense, and when they demand solidity as the price for solidarity. Let the Germans pay, the greedy are yelling. The German economic upturn, which shows no sign of ending, is giving them ammunition. It isn't making them think."

"The collapse of the Dutch government is a bitter pill for the German government. It has lost an extremely important ally on austerity. The government in The Hague often called for stringent budget cuts. It tightened austerity and urged countries like Greece to make ever greater efforts. Now this government has foundered on austerity. And Chancellor Merkel could soon lose her closest ally as well. If Hollande wins in France, Merkel will have to renegotiate one of her pet projects, the fiscal pact which forces national governments to maintain budget restraint. The Socialist politician wants to add a growth pact to the fiscal pact."

"The challenger has promised voters not to economize as much or as quickly, and to create jobs and growth instead. That is being welcomed by the French, and not just by them. Many Spaniards are hoping the French Socialist will win. They hope the Madrid government will impose less stringent saving measures if the big neighbor relaxes its austerity. The sentiment in Italy is similar."

Business daily Financial Times Deutschland writes that the collapse of the Dutch government is more dramatic for the increasingly nervous financial markets than the prospect of a Socialist French president. "If the economically relatively well positioned Dutch aren't in a position to stick to the 3 percent deficit rule, how can one expect euro countries with much bigger problems to do so? The answer is: You can't. The fiscal pact would be finished. The resignation of the Rutte government in the Netherlands has once again shown that the pro-cyclical austerity program in Europe is the biggest recycling program for governments in recent history -- and a gateway for radical movements."

"There is one lesson from the Dutch debacle that may surprise some people, at least those who have been defending the theory about the stable northern countries of the euro zone and the lackadaisical southern countries -- a theory that is especially popular in Germany. Amazingly, the supposedly stability-oriented Dutch are no more immune than the Spanish or Italians. It is a realization that could help to stop seeing the crisis as merely a problem of a lack of discipline."

Business daily Handelsblatt, which runs the front-page headline "Is Europe Failing?", writes: "One can conduct great election campaigns by whipping up sentiment against Europe and Germany these days. The advocates of strict austerity in Berlin fear that they may run out of allies given the strengthening of euro opponents."

In a separate commentary, the newspaper writes: "The strengthening of the far right shows that in many countries, governments haven't found answers to simple questions. The language of the EU and of national governments isn't being understood by many citizens who are grateful for the simple slogans of the populists. People who don't understand Europe's austerity policy can't be persuaded by citing clauses of the Maastricht treaty or the fear of 'markets' that will punish their country. That just makes people more rebellious." 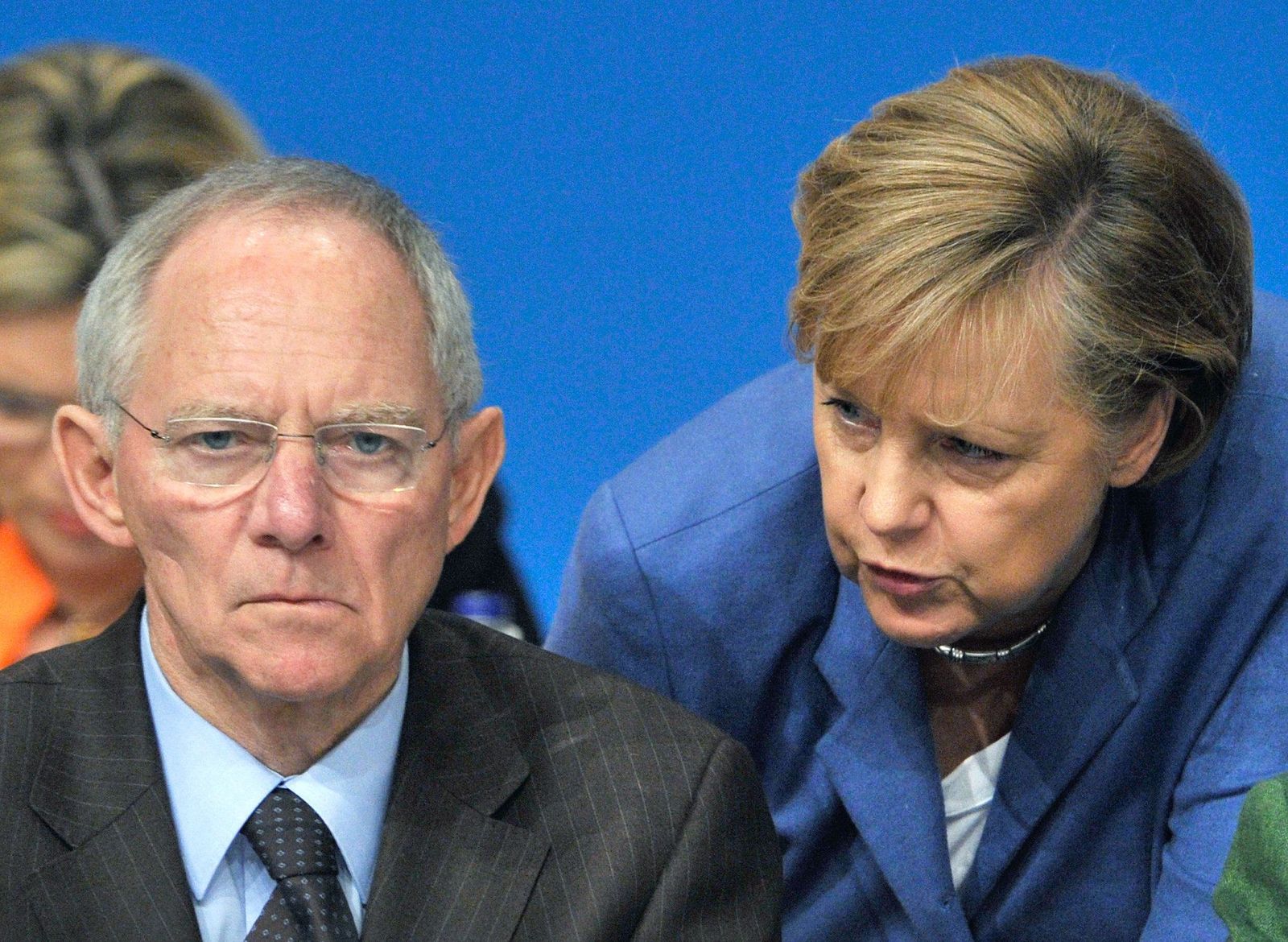