Bulgaria and Romania have been members of the European Union since 2007, but their accession into the Schengen Area of passport-free travel has once again been delayed over concerns in Berlin.

"The time isn't right," German Interior Minister Hans-Peter Friedrich said in Brussels on Thursday. "There are still weaknesses -- especially when it comes to the reliability of the justice system, which prevent us from being able to say: Remove the border controls now." Friedrich had previously stated his intention to veto Schengen membership for the countries in a SPIEGEL interview.

The EU member nation interior ministers, who met in Brussels to discuss the countries' progress towards Schengen membership, said they would review the issue again at the end of the year.

Schengen accession for Bulgaria and Romania has been delayed repeatedly over the past two years. But Bulgarian Interior Minister Tsvetan Tesvetanov said he intends to "maintain a constructive and open and transparent dialogue and to look for a common solution." Accession to Schengen requires a unanimous vote by all EU member states.

Both Romania and Bulgaria are required to undergo regular reviews by the European Commission on progress in eliminating deficits in the countries' justice systems and efforts to combat corruption and organized crime. These reports often paint a grim picture of this situation.

During the Brussels meeting, Friedrich also met with his colleagues from Austria, the Netherlands and Britain to discuss the rise in the number of economic refugees arriving in their countries. EU diplomats speaking to German news agency DPA on the condition of anonymity said the four countries have registered an increasing number of arrivals from Romania and Bulgaria. Friedrich himself has warned repeatedly in recent weeks that the influx will only grow once the countries are given full freedom of movement and access to the labor market across the EU.

'It Is a Non-Problem'

Friedrich is a member of the Christian Social Union, the Bavarian sister party to Chancellor Merkel's conservative Christian Democratic Union. Although the two parties govern together at the national level, they conduct political campaigns separately. Many observers have noted a populist tone in Friedrich's remarks on the wave of migration, with one major paper noting that he may be seeking to position his party more conservatively than Merkel's CDU, which many accuse of having veered to the left under the chancellor. In recent weeks, he has accused the new immigrants of taking advantage of the German social welfare system through what the British call "benefits tourism" and the Germans call "poverty migration."

Thursday proved no different. "Does freedom of movement mean we have to assume that people from all over Europe who believe that they can live better on welfare in Germany than they can in their own countries will come to Germany?" he asked. "This danger cannot be allowed to come true." He added that the right to freedom of movement must be protected against abuse.

However, European Commission spokesman Jonathan Todd said no EU country has presented "any evidence whatsoever that there is benefit tourism. It is a non-problem. It does not exist. There is a perception in some member states that has no grounding in reality."

The issue features on the editorial pages of a number of national newspapers in Germany on Friday, all of them with left of center viewpoints. Most are deeply critical of Friedrich, accusing the politician of trying to score votes ahead of September's national election by blocking Bulgaria and Romania from entering the Schengen Area.

"One can certainly harbor justified concerns about the disposition of Bulgaria and Romania to rule of law and whether or not authorities there are determined in their fight against corruption. And it is also may be true that these concerns already existed when the countries were given the prospect of Schengen membership (and ordered to make expensive investments in security infrastructure). The empty promise of a new review at the end of the year is just as dishonest as saying that Bulgaria and Romania will take any decisive steps in the remaining month that would allow them to eliminate the current concerns."

"Of course, there is a major, decisive difference. One important date will have passed by the end of the year: namely German national elections. And this reveals the real motive behind the blockade. Because regardless what is being debated about borders and their security, when Friedrich says Schengen, he is really referring to freedom of movement (in the EU), even if he is fond of saying that one has nothing to do with the other."

"(For Friedrich), this isn't about border security or the ability to travel without a passport. Friedrich has framed the issue in a way that makes the broad public link Schengen with the problem of poverty migration. That is particularly unsavory in light of the poverty migration out of the Southern European crisis countries. The minister complains when he hears what social welfare benefits a family of four can get, although he doesn't mention the fact that it isn't easy for EU citizens to even get access to the German social system. Friedrich is merely stoking anti-immigrant sentiment, even as the German government is actively seeking to attract the best-educated people in the crisis countries to Germany."

"Is German Interior Minister Friedrich already using fears of poverty immigrants and the mafia as an instrument in his election campaign? That can't be ruled out. But Germany isn't alone, either. The Netherlands and France, both of which have elected center-left social democratic governments recently, complete the roster of rejectionists."

"But this doesn't make false arguments correct. Bulgarians and Romanians also require passport controls when they come to Germany. Yes, and among them are people who beg, steal or work as prostitutes. But they are not the majority. Eighty percent are seeking legitimate work. Twenty percent are even highly qualified. They are anything but the freeloaders seeking to profit from the German welfare state that some would make them out to be."

"One can certainly debate whether it was correct or not to accept Bulgaria and Romania into the EU. But they are now a part of it, even if they don't exercise the same level of rule of law. The delay in allowing them into Schengen appears to be an attempt to assert pressure on both countries, but it won't help much. In Romania, people are already saying they can live without Schengen. In other words, there can't be much more to this than a campaign issue for Freidrich."

"The reasons for the delay in accession could have a lot to do with the upcoming German national election. After all, the government can score points if it sells itself as a defender of German jobs that is actively taking action against a wave of immigration from impoverished Romania and Bulgaria. These days, sealing the frontier is a surer way of securing votes than open borders and freedom of movement. With his actions, the interior minister is stoking fears. It is highly regrettable that no one in Brussels is putting him in his place."

"Instead of disgracing themselves with a public vote on the issue, the 27 EU ministers have instead delayed a decision entirely. The thinking is apparently that no vote at all would be better than one in which each would have to show their true colors and the division between the EU member states would become clear. Is this the kind of democracy that the EU so urgently needs?" 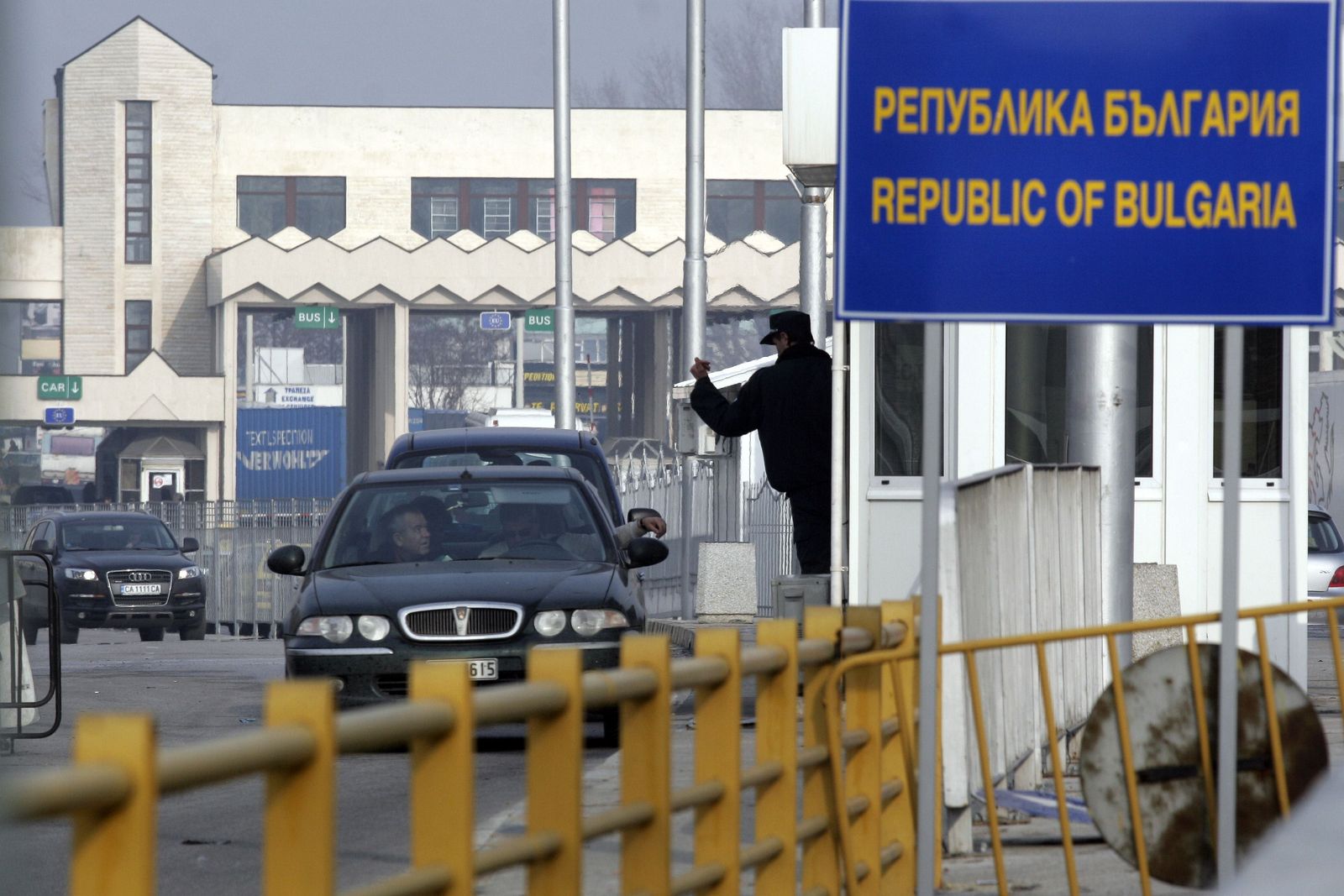 A Bulgarian customs officer at the border between Bulgaria and Greece, near the village of Kulata.