The trend has been building for some time. As the economic downturn in Southern Europe tightens its grip, increasing numbers of people are heading north -- many to Germany -- looking for work. On Tuesday, Germany announced that almost a million foreigners came to Germany in 2012, more than have arrived in any year since 1995. Furthermore, the preliminary figures indicate that last year saw a 15 percent jump in immigration over 2011.

The last time the country saw waves of immigration this large was during the Balkan wars in the late 1990s and at the peak of the guest worker movement during the 1970s, which saw hundreds of thousands of Turks, Greeks, Spaniards and Italians move to Germany.

The majority of the newcomers are leaving behind countries in impoverished southeastern Europe or debt-crisis plagued euro-zone countries in Southern Europe, where joblessness is rampant, particularly among youth.

The influx means that Germany had a net population gain of 370,000, potentially important given recent complaints by German companies of a lack of skilled laborers. A large percentage of the new immigrants to the country are educated and skilled, and many politicians are hoping that this "brain gain" can help alleviate the problem.

'A Magnet for Well-Qualified Immigrants'

"All sides will profit hugely from the influx because the new wave of immigrants is younger and better educated than the average population," German Labor Minister Ursula von der Leyen told the Frankfurter Allgemeine Zeitung newspaper. She said there are tens of thousands of jobs available for nurses and healthcare workers, electricians and a number of other areas of skilled labor.

Meanwhile, Christine Langenfeld, the chair of the Expert Council of German Foundations on Integration and Migration (SVR), told the business website Manager Magazin, "Germany is developing into a magnet for well-qualified, young immigrants from the EU." Given the shortage of skilled workers, they are a blessing for Germany, she argued. "A true European labor market is taking shape."

Langenfeld also says immigrants will profit. "They can find work in Germany and, in doing so, also obtain qualifications. She said it would help to alleviate the burdens on social systems in the countries the migrants are leaving. "This means that for more and more people, Europe will be experienced in everyday life as an opportunity," she added.

The issue dominates the editorial pages of Germany on Wednesday.

"The character of immigration to Germany has changed. For a long time, Germany attracted primarily migrants with lower qualifications, those at the greatest risk of ultimately losing their jobs and becoming a burden to the state. The opposite is now true. On average, the immigrants coming in are better educated than locals and they are also culturally closer to Germans. The majority of them come from Europe; Turkey is the first non-European country on the list and it is in eighth place."

"Germany should not, however, rest on its laurels in the belief that it has found the miracle solution to its demographic problems. The (well-qualified immigrants) could disappear just as quickly if their lives are made difficult with excess regulation, high taxes or xenophobia. Only if we are able to give them the feeling that they are welcome and needed will we be successful in maintaining the important incoming stream of brilliant minds."

"It's been a few years since a German politician has stated in absolute seriousness that Germany was not a nation of immigration. Such statements were always a helpless attempt to hide reality in order to save the bourgeois republic of the post-war period amid the age of globalization. Nowadays Germany may not be comparable with the United States or Australia when it comes to immigration. But one other thing holds true: Almost one in five residents has foreign roots. We're much less German than we think."

"People are searching here for what they lack in their home countries: jobs, prosperity, opportunities. The European labor market makes (immigration) possible. This is a positive development for Germany. Many well-educated people are coming, full of motivation and ideas. Not all immigrants will stay long-term. Yet whoever stays and works here for a few years will carry with him or her a lifelong connection. It's time to look at not just the risks of immigration, but the opportunities as well. They are many times greater."

"The increase in immigration from the European crisis countries also has a hint of compensatory justice: When countries under the diktat of the troika and under the apparent pressure of the German government are forced to consolidate to the point of ruin, then the least we can do here in Germany is to offer the people in those countries the ability to seek a new future here."

"Looking at it in the short-term perspective, the migration will create some minimal relief for labor markets and social systems that are wasting away in Southern European countries. But in the longer term, Spain, Greece, Portugal or Italy will lose the most valuable thing they have for their future: their well-educated youth. This is because it is primarily young and qualified people who are leaving their home countries. It's what researchers ominously call 'brain drain'. At the moment this disappearing talent isn't dramatic, but it will increase because other policies and sustainable economic growth aren't yet in sight for many of these countries."

"And the German government? Yet again it is on the winning side. It not only enforces its rigorous view of austerity policies in the EU, but also harvests the 'fruit' -- young skilled workers hungry for employment that companies here in Germany are desperately searching for. They also give companies here a real advantage because they can cherry pick the very best skilled workers from the growing pool of jobseekers without having to undertake costly qualification programs. The situation could hardly be any more grotesque."

"The crisis, which has primarily taken place in Southern Europe, has strengthened the German economy. The capital flows have been diverted, investments are being made in Germany and companies need workers and, especially, skilled workers. Many parts of southern German are now enjoying full employment. Little wonder, then, that Spaniards, Portuguese and Greeks who see no prospects at home are increasingly trying their luck on the German labor market. Often these people are well educated. The probability is also great that they will return home as soon as the economic situation in their home countries has improved. Of course, that could still take a number of years."

"But there's a flip side to this coin. The fact that people from the poor house of southeastern Europe prefer living in undignified mass accommodations in major Germany cities than at home speaks volumes. If they manage to stay for five years, then they have the right to claim full social benefits in their 'host country'. But lasting and massive influxes to secure human subsistence cannot be financed through the German welfare state. Cities and municipalities have already sounded the alarm. That's why researchers like IFO President Hans-Werner Sinn are calling for a shift in principles from that of the host country to the home country. Workers should be provided with freedom of movement, but migration into the welfare state should be limited. A push on this front from Berlin is long overdue." 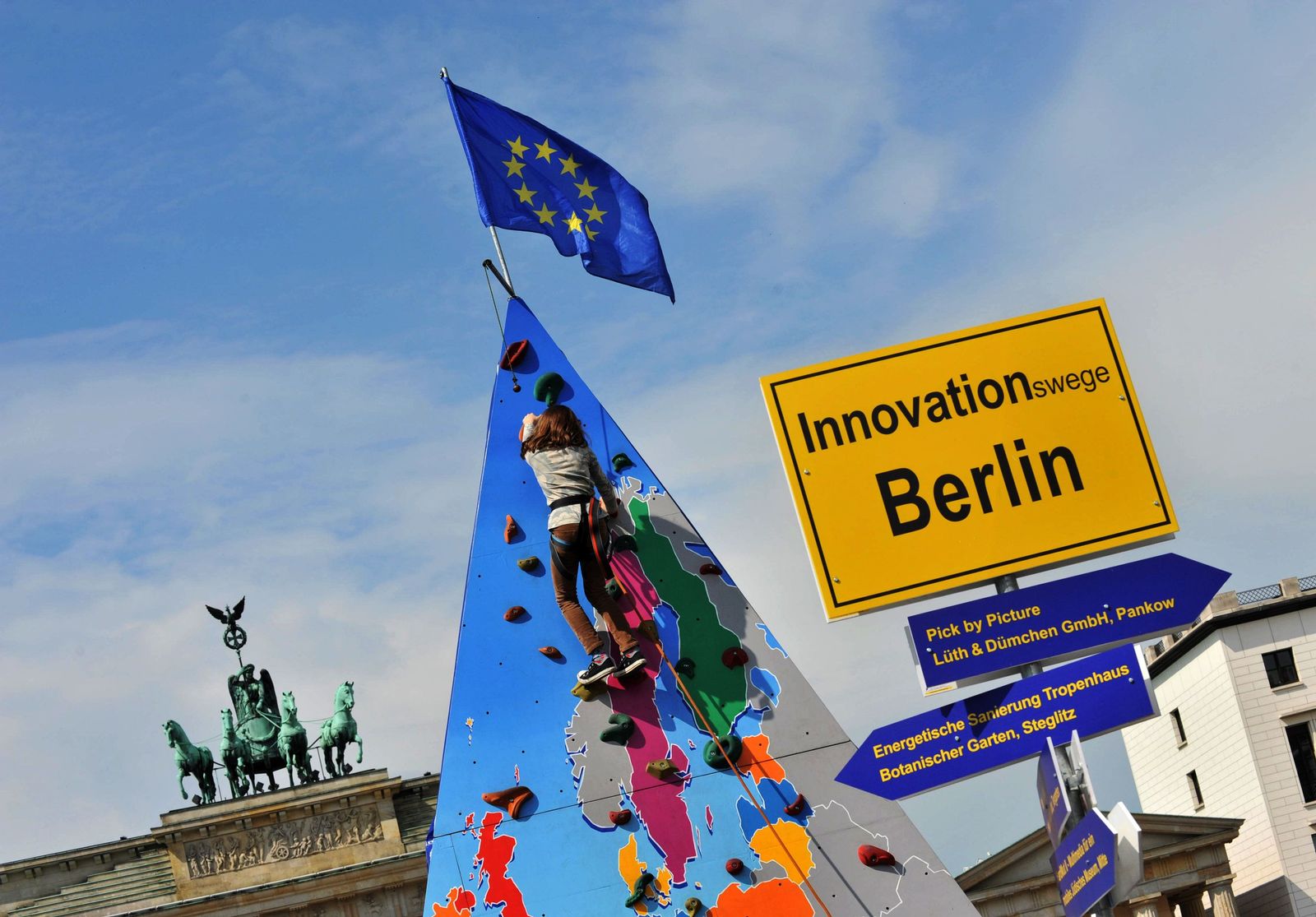 Berlin's Brandenburg Gate: "The character of immigration to Germany has changed."