G-20 countries are mounting pressuring this week on Germany to abandon its opposition to expanding the euro bailout fund. "The Europeans need to undertake greater efforts," Mexican central bank chief Agustín Carstens said. Speaking in an interview with the Financial Times Deutschland newspaper, he said that "would lead other G-20 countries to provide greater support to the International Monetary Fund."

The comments come just days before a meeting in Mexico City of G-20 finance ministers this weekend, which Germany's Wolfgang Schäuble will also attend. G-20 countries are pushing for Berlin to boost the "firewall" needed to prevent the Greek crisis from spreading to other countries.

Most euro-zone countries would like to increase the size of the planned permanent euro rescue fund, the European Stability Mechanism (ESM), which is expected to go into effect in July and is currently equipped to provide as much as €500 billion in emergency loans. The existing European Financial Stability Fund (EFSF) still has an estimated €150 billion to €250 billion in funds remaining, and many are calling for those funds to be added to the €500 billion ESM to increase its scope to €750 billion. However, that figure would still fall far lower than the up to €2 trillion many believe is needed to calm markets in the longer term. Germany, however, has argued that unspent money should be funnelled back to the donor states.

The European Commission, the European Union's executive in Brussels, is also arguing for an expansion of the ESM. "There is a clear need to further strengthen the euro area financial firewalls in order to equip Europe to contain the contagion and counter speculative pressures," Currency and Monetary Affairs Commissioner Olli Rehn said on Thursday.

Both the International Monetary Fund (IMF) and the Netherlands have increased pressure for the EFSF money to be carried over into the new fund -- a particular blow for Germany given that the Dutch have been among the most conservative of the euro-zone member states when it comes to providing bailout funds for Greece. Finland, another critic of Greek aid, has also signalled its support according to media reports.

On Thursday, the finance ministers of both Britain and Japan added their voices to the demand for a larger firewall. In a guest editorial printed in the Financial Times, George Osborne and Jun Azumi wrote that "the euro zone must increase the resources of its firewall so the markets can be reassured that it can respond to any eventuality."

For its part, the IMF still hasn't stated the extent to which it will participate in the second bailout of Greece agreed to on Tuesday by the euro zone. It has been reported that IMF President Christine Lagarde of France is seeking to make an expansion of the ESM a pre-condition for that aid commitment. Lagarde isn't expected to commit until after this weekend's meeting.

On Wednesday, German Finance Minister Schäuble said the IMF had "raised the prospect" that it would commit €13 billion to the new €130 bilion Greek bailout. The IMF would also likely commit €10 billion left over from the first €109 billion rescue. During the first Greek bailout in 2010, the IMF committed 27 percent of the total funds, but if Schäuble is correct, it would only provide 10 percent of the bailout this time around.

Berlin's 'Position Has not Changed'

Chancellor Angela Merkel's spokesman Steffen Seibert insisted on Wednesday that Germany sees no need to increase the size of the permanent ESM. "The German government's position has not changed," he said. "That means no, it is not necessary."

Berlin has noted that market pressure on bond markets for countries like Italy and Spain has eased in recent weeks and that it is currently unnecessary to increase the size of the bailout fund.

Part of the resistance in Berlin is due to the fact that Merkel is facing a tough vote in the Bundestag, Germany's parliament, next week over the second bailout package for Greece. A least six parliamentarians belonging to Merkel's governing coalition have said they would oppose the bailout in Monday's vote. This could make it necessary for the chancellor to rely on votes from the opposition, weakening her political stature.

Although Berlin's official position remains "no," German media are reporting that officials in Merkel's government are already considering potential compromises. One envisions taking unspent aid money that has already been approved in the EFSF and rolling it into the ESM as permitted in current rules.

Senior European Union officials told London's Financial Times that they hoped to secure an agreement with Germany on enlarging the ESM at a March 1 summit in Brussels in order to push the currency bloc ahead of market expectations.

In Mexico City this weekend, a debate is also expected over the size of the contributions made by Europeans to the bailout and whether other G-20 members should increase their aid. Both the United States and the IMF have argued that Europe should pay more. 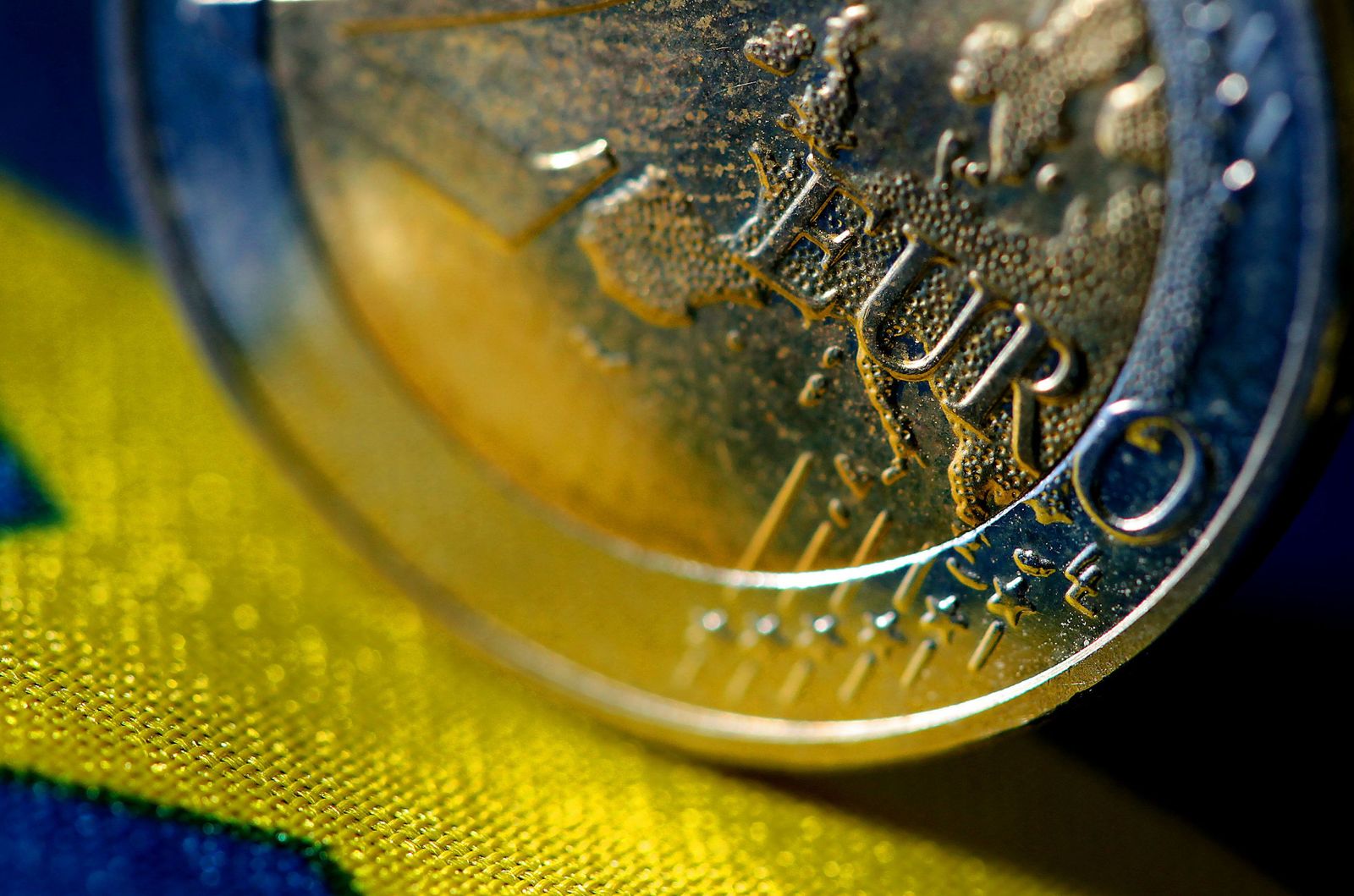 Pressure is mounting on Germany to increase the scope of the euro bailout fund.