Pressure on Greece to get its public finances into shape increased Wednesday as the European Union announced unusually strict measures against the country. The European Commission, the EU's executive body, is to put Greece under closer monitoring than any euro-zone country has ever been subjected to and also criticized Athens for faulty reporting of statistics.

Speaking at a press conference Wednesday, European Economy Commissioner Joaquin Almunia welcomed Greece's new plan to reduce its enormous budget deficit. On Tuesday, Greek Prime Minister George Papandreou announced a package of austerity measures that includes a freeze on salaries in the public sector, a possible increase in the retirement age and a hike in fuel prices.

Almunia said that the Commission was endorsing the program, which he described as "ambitious" but "achievable." "We know that the implementation of the program will not be easy," he told reporters. "It's extremely challenging, but absolutely necessary and urgent."

However, the EU wants Greece to do even more and is urging it to adopt a "comprehensive structural reform package" that would include cuts in pension spending and reform of the health-care system. The Commission also wants Greece to increase the competitiveness of its economy by making its labor market more flexible, among other demands.

At 12.7 percent of GDP, Greece's budget deficit is more than four times higher than the maximum of 3 percent allowed under euro-zone rules. The European Commission's recommendations are aimed at bringing the country's deficit under 3 percent of GDP by 2012.

Almunia stressed that Greece's progress in implementing the plans would be rigorously monitored through so-called "economic surveillance." Athens will be required to submit a first report in mid-March and will then need to submit quarterly progress reports beginning in mid-May.

It is the first time that the Commission is using such a strict monitoring system, but Almunia insisted the program "is needed given the circumstances." He said Greece must be prepared "to adopt additional measures" if the country was not on track to reduce its budget deficit by the agreed deadlines.

The Commission also announced that it was launching an infringement procedure to ensure the Greek authorities "comply with their duty to report reliable budgetary statistics." The move was prompted by the Greek government's sudden revision last October of data relating to its 2008 deficit.

The new austerity measures may trigger more strikes in the country. Customs and tax officials are set to walk out this week, and a strike by civil servants is planned for Feb. 10. Greek farmers have recently been carrying out a series of blockades on main highways across the country to protest low food prices. They are demanding more subsidies and higher prices for their goods, but the government has insisted that it cannot spare any more money given the necessary austerity measures.

The country is under massive pressure from financial markets and other EU members to get its finances under control. The budgetary crisis has caused the euro to fall against the dollar in recent weeks and increased the cost of borrowing for the Greek government amid fears it could default.

There is speculation that Greece may have to be bailed out by other EU members -- something the country insists will not be necessary -- and there are also concerns that the country's woes could have a knock-on effect on other euro-zone members with high deficits, such as Portugal, Italy, Ireland and Spain. 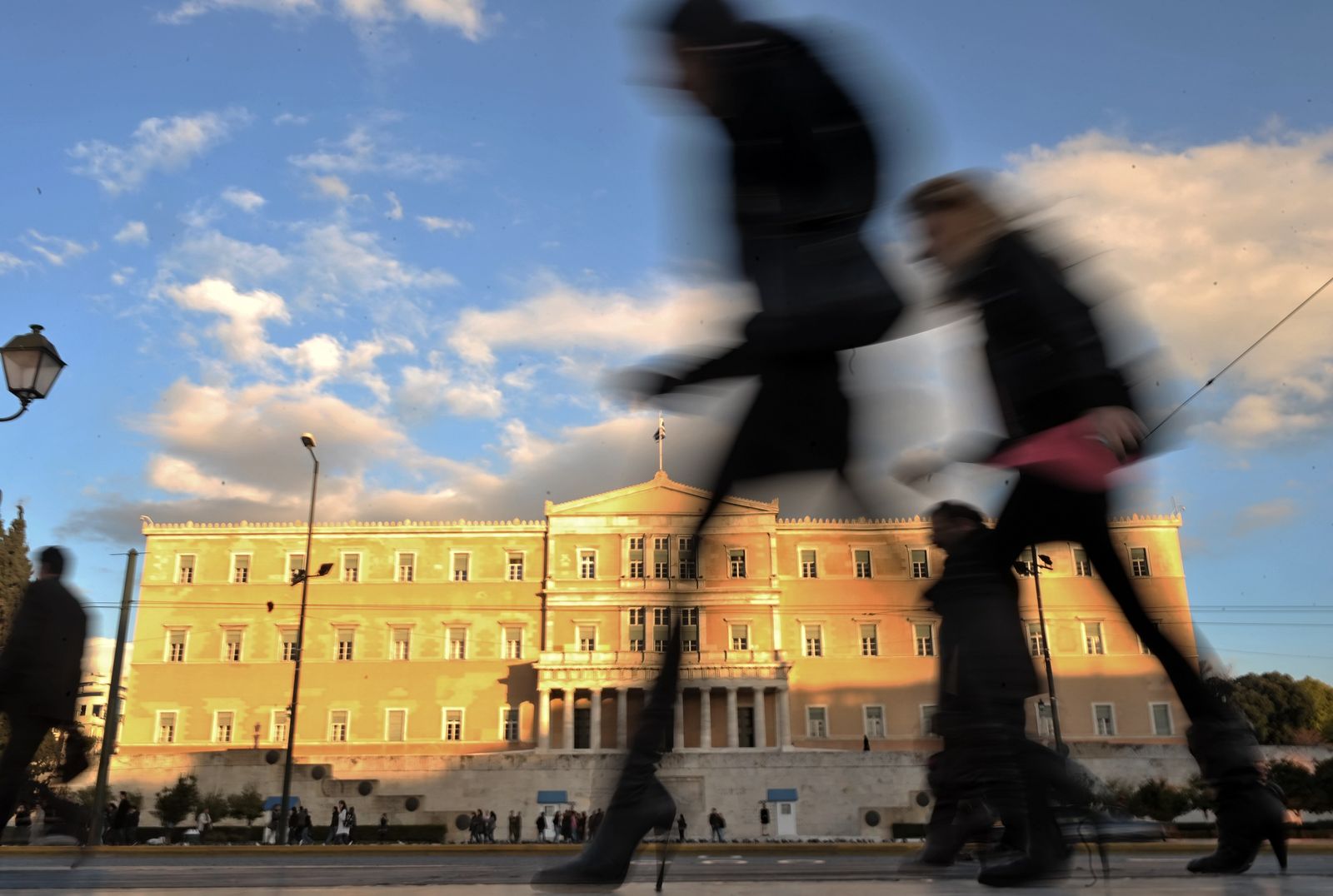 The Greek Parliament in Athens: The European Commission is putting pressure on Greece to sort out its deficit problem.