Normally, Labour Party opposition leader Ed Miliband draws the short end of the stick in his weekly debate with David Cameron in the House of Commons. The prime minister is too quick-witted. But on Wednesday Miliband had an easy time of it.

"He thinks his problems with Europe will end on Friday," Miliband said of Cameron. "They are just beginning."

On Friday, Cameron is set to give a long-awaited address on Britain's future in the EU. He is expected to call for a looser relationship, and announce a national referendum on a "new deal" with Brussels. In doing so, he is seeking to appease the EU opponents in his own party, for whom the power of the eurocrats has long been a point of contention.

But it doesn't look as if the speech will have the hoped for liberating effect. On the contrary, it may merely mark the beginning of the debate over Europe in Britain. In recent days, the opponents and proponents of the EU have been positioning themselves for a fight.

Cameron is stuck between a rock and a hard place. On the one side, the euroskeptic majority of his party's parliamentary faction is making noises about finally taking powers back to London from Brussels. On the other, a broad alliance is emerging of pro-European diplomats, executives and representatives of business, banks and literally all Western leaders, who warn that Britain will face isolation and economic consequences if it turns its back on the EU.

Just days before the speech, EU skeptics in the Conservative Party upped the pressure on their party leader. The parliamentary grouping, Fresh Start, which includes about 100 Tory parliamentarians, presented a platform on Wednesday calling for five major changes to the Lisbon Treaty:

It is likely that Cameron will take up some of these points in his speech on Friday. He has already made similar comments in interviews given during the past few weeks. Yet he is not expected to further cave to other demands being made by euroskeptic forces in his party. For example, there will not be a referendum on Britain's exit from the EU. Cameron has never wanted to threaten a withdrawal, instead saying at every opportunity that Britain wants to remain a full-fledged member of the EU.

In order to placate critics calling for a referendum, he will, however, likely promise a vote on a new deal with Brussels. It is unclear when this referendum will take place, but the earliest date being discussed is 2018. Many Tories believe that is too late. Cameron cannot put things off again until "mañana," a member of parliament warned in the conservative magazine Spectator.

Discontent with the Status Quo

Dissatisfaction with the status quo reaches all the way up into Cameron's cabinet. The Daily Telegraph newspaper has reported that nine of his cabinet members would support an exit from the EU if negotiations with Brussels over returning competencies in a number of policy areas to London do not yield results.

But Cameron's hands are tied. Prior to the next elections for the European Parliament in 2014, there will be no initiative for treaty change in Brussels. And even after that, it is unclear where the impetus for a reform would come from. In most of the EU capitals, there is little desire to start arduous treaty negotiations. Indeed, the restructuring of the architecture of the euro has been managed so far without the need for treaty change.

Moreover, most EU partners have no interest in making concessions to the British. Abroad, Cameron's rhetoric has been met with head shaking. He has been warned repeatedly by Berlin not to blackmail his partners.

Even Washington weighed in on the debate last week, when Phil Gordon, an assistant secretary of state, publicly repeated the long-held United States position that it is in America's interest for Britain to have a strong voice in the EU.

Cameron's own business secretary, Vince Cable of the Liberal Democrats, the Conservatives' junior coalition partner, warned in pre-released excerpts from a speech of a "dangerous gamble" if Britain proceeds wiith a referendum. There are "many in Europe, notably in France, who would be happy to see the back of the UK, whatever that may mean in practice. And even the UK's allies on market reform, notably Germany, have limited political capital to spend getting a more favorable arrangement for the UK."

On Wednesday, Nigel Sheinwald, the former British ambassador to Brussels and Washington, warned Cameron against creating false expectations for British voters. He told the Guardian that it could be possible, in the best case scenario, to negotiate something with the EU partners, but cautioned it would be a "slow, difficult and gradual" process.

A 'Chilling Effect' on the Economy

Other EU supporters are more direct. They warn Cameron that the prospect of a referendum is already affecting economic growth in Britain. The uncertainty over Britain's membership in the EU is scaring investors, they say. And it is a debate the country can ill afford, argue pro-European political veterans, including the Tories Michael Heseltine and Ken Clarke, and Labour Party politician Peter Mandelson, the former European commissioner and cabinet member under Tony Blair and Gordon Brown. Even Nick Clegg, the deputy prime minister with the Liberal Democrats, has warned of a "chilling effect" on the British economy.

Meanwhile, the muddled planning for the speech has brought sharp criticism. The grand performance was announced six months ago. Then Cameron wanted to speak last fall, then before Christmas, and finally on Jan. 22. The prime minister postponed the speech again and again because the timing wasn't right. Cameron's critics mocked him for not knowing what he should say.

What was especially embarrassing was that planners at Downing Street overlooked the fact that Jan. 22 also marks the 50th anniversary of the Elysée Treaty between Germany and France. Members of both countries' parliaments will meet that day to celebrate. A speech by the British prime minister criticizing the EU would have come across as an out-of-place counter event.

When officials at Downing Street became aware of the conflict, they pushed the date of the speech up to Jan. 18, acting on short notice. The British Embassy in the Netherlands was instructed to send out invitations to the event, which will take place in Amsterdam. The exact location where the address is to be held will not be announced until the last minute, with security concerns being given as the official explanation for the secrecy. Of course, it could also be a way of keeping protesters at bay.

Even those sympathetic to the prime minister have been perplexed by Cameron's waffling. "I can see no feasible way David Cameron can gain anything from this speech," conservative radio presenter Iain Dale blogged this week. "If you've got nothing definite to say, it's probably best to say nothing." 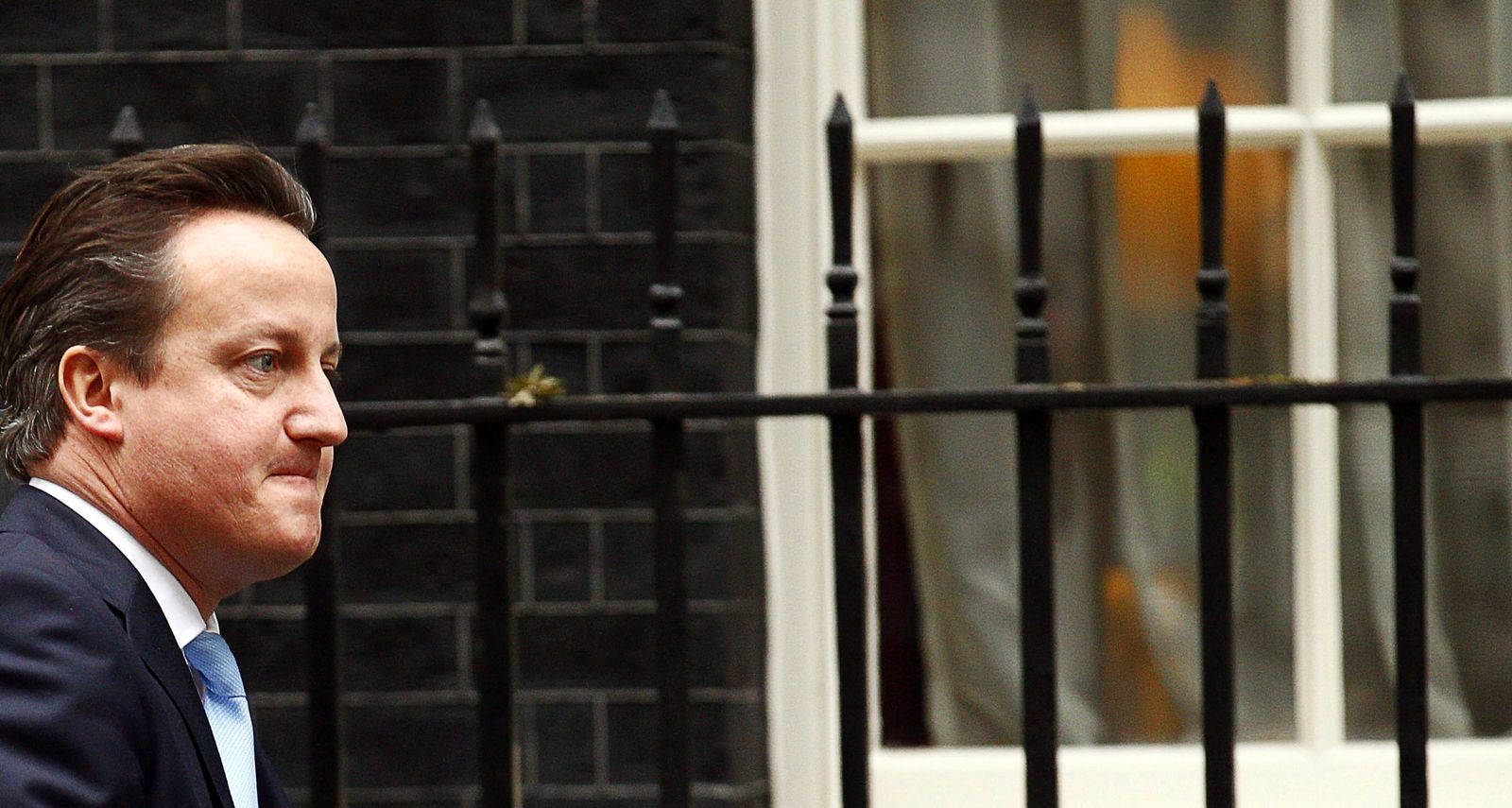 "A Dangerous Gamble:" British Prime Minister David Cameron is set to hold a major address on Britain's role in Europe in Amsterdam on Friday.