Portuguese Prime Minister Jose Socrates resigned on Wednesday evening shortly after an austerity package proposed by his minority government was rejected by the Portuguese parliament. President Anibal Cavaco Silva announced in Lisbon late on Wednesday that Socrates had stepped down, after the prime minister had formally submitted his resignation to the head of state. Socrates, who belongs to the center-left Socialist Party, said that the political crisis would have "extremely serious consequences."

All of Portugal's five opposition parties rejected the austerity package, which was the country's fourth in 11 months. The opposition claimed that the measures, which included spending cuts and tax increases, were excessive. Socrates had earlier staked his political career on getting the budget passed, saying that he would resign if it was rejected.

The crisis increases the chances that the debt-plagued country will have to ask the European Union for a bailout, following in the footsteps of Greece and Ireland, which accepted EU help last year. Investors are also likely to wonder if Spain will become the next candidate for a bailout as a result. Socrates' resignation came on the eve of a crucial EU summit to discuss the euro crisis.

Portugal's government crisis had been looming for some time. At the beginning of this year, political observers in the country were already predicting that the main opposition party, the center-right Social Democratic Party (PSD), would exploit the country's debt crisis to force early elections. Technically, that would only be possible after the president was sworn in, the daily newspaper Público wrote at the time.

The newspaper turned out to be right. On March 9, Anibal Cavaco Silva was sworn in for a second term in office, after being reelected on Jan. 23. A fierce political dispute broke out just a few days later. At the euro-zone summit in Brussels in mid-March, Prime Minister Socrates agreed on new austerity measures with the European Commission and the European Central Bank. The savings package was intended to reduce Portugal's deficit from the current level of around 7 percent of GDP to 4.6 percent by the end of the year.

Although Portugal's debt problems are not as great as those of Greece or Ireland, poor growth in recent years has made it vulnerable to contagion from the euro zone's debt crisis. Its budget deficit hit 9.3 percent of gross domestic product in 2009, way over the 3 percent threshold dictated under euro-zone rules.

The austerity measures included cuts to health care, social welfare spending and infrastructure investments amounting to 0.8 percent of GDP. Pensions would also have been frozen until 2013. The PSD heavily criticized Socrates for having negotiated the measures practically single-handedly with the EU and said that the pension freeze was "anti-social." The opposition party, which had backed previous packages, threatened not to support the government in passing the austerity measures this time around.

The opposition parties appeared to be responding to the public mood in Portugal, which had turned against the belt-tightening. The government's efforts to sort out the country's finances with tax increases and cuts in welfare spending had led to a wave of strikes. Tens of thousands of people recently held protests against precarious working conditions, unemployment and the austerity measures.

'The Portuguese People Must Decide'

As head of a minority government, Socrates was dependent on opposition votes to get the budget through parliament. With no compromise in sight, the prime minister decided to stake his political fate on getting the new austerity package passed, and threatened to resign if it was rejected.

Responding to the threat, the PSD went on the offensive. "There is no way of avoiding the fact that the Portuguese people must ultimately decide," opposition leader Pedro Passos Coelho said on Monday evening, arguing in favor of early elections. Shortly afterwards, Finance Minister Fernando Teixeira dos Santos said that Portugal having to ask the EU for help could no longer be ruled out.

Some in Portugal felt that Socrates' resignation was already long overdue. "In the last year and a half, the government has not managed to restore confidence in Portugal's liquidity," said a source in the country's central bank. "It has got bogged down. A new government is needed."

Now the country is facing a period of uncertainty until that new government can take office. New elections will not be possible before the end of May at the earliest. According to the Portuguese constitution, there must be 55 days between the announcement of new elections and the actual vote.

During this time, however, Portugal's government will need to borrow more money. From now until June, some €9.2 billion ($13 billion) of sovereign debt needs to be refinanced on the markets, of which €4.2 billion is due in April alone. Borrowing, however, might become unbearably expensive for the transitional government.

Teixeira dos Santos himself said in November that the country would hardly be able to service its debts if yields on its bonds rose to 7 percent. On Tuesday, with the government's collapse looming, yields on Portugal's five-year bonds temporarily rose to over 8 percent for the first time since Portugal joined the euro zone.

Francesco Franco, an economics professor at Lisbon's New University, reaches a similar verdict. "I think markets have already discounted the political uncertainty, but rates could go even higher, even if it will not matter so much in practical terms as the ECB will most certainly play a prominent role," he says.

That is hardly surprising. It is unclear if the country will get a stable government after the elections. "Socrates is a strong election campaigner," said Joao Luis Cesar das Neves, a professor at the Catholic University of Portugal and a long-time government adviser. "Given all the government's setbacks, his popularity ratings are still remarkably high." It could be that no party has a clear majority after the election. In that case, the most likely outcome would be a "grand" coalition between the two biggest parties, the Socialists and the PSD -- without Socrates, however.

Asking for EU Help Would Be Unpopular

Another problem for the country is that it will be particularly difficult to ask the EU for help during the election campaign. Technically, it would be possible: The Portuguese constitution explicitly states that a transitional government is allowed to make decisions that are absolutely necessary for the good of the country. The request for EU assistance would be such a case, because in the face of rising bond yields, Portugal would not be able to solve its financial problems any other way.

Politically, however, going to Brussels with the begging bowl would be problematic. "The euro rescue fund is highly unpopular in the country," says Eva Gaspar of the business newspaper Jornal de Negócios. No party would want to take such a step during the election campaign, she adds. At most, Socrates could try to portray EU assistance as unavoidable as a result of the political crisis and try to pin the blame on the opposition. 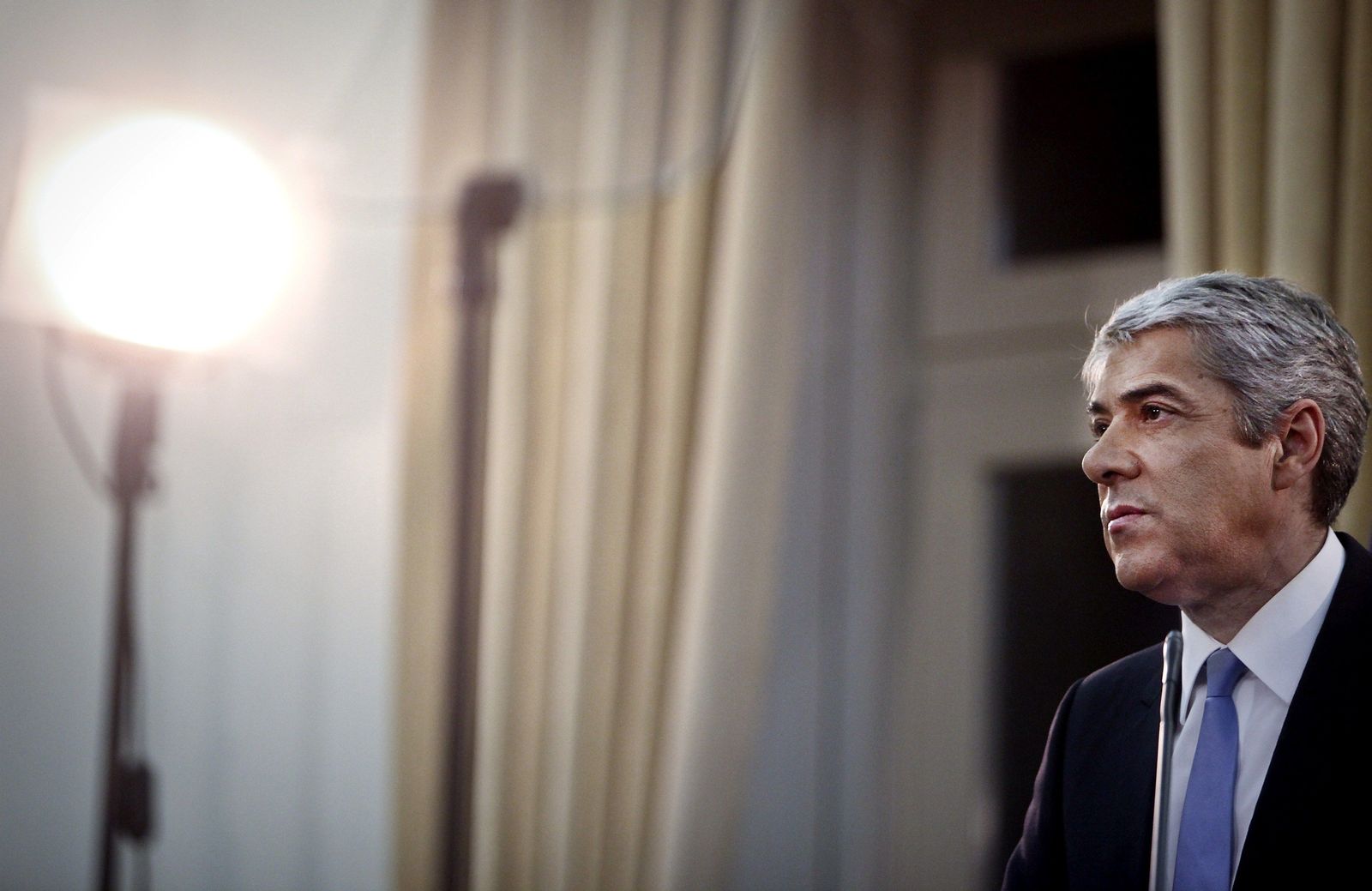