It's every debtor's dream. When asked for a loan, the bank not only agrees, but actually pays the borrower for their patronage. It sounds like a fairy tale, as though the laws of the market economy had been suspended. But on Monday it really happened.

The debtor in this case was the German government, which borrowed €3.9 billion ($5 billion) for the next six months at the unbelievable interest rate of -0.01 percent. Even the German Finance Agency was stunned. "This has never happened before," a spokesperson said.

The Finance Ministry should be pleased. In the last four years, they've had to shell out around 1.8 percent in interest for such bonds. But recently even interest rates on German bonds with longer maturities have decreased significantly. The federal government is saving a bundle.

The reason for the windfall? Amid the ongoing euro crisis, Germany is one of the few borrowers that are still regarded as a safe haven. Many investors would rather lend the government money at bargain-basement rates than risk losses.

Half of Europe Suffers While Germany Profits

Other countries can only fantasize about such a bonanza. Italy is currently being forced to pay record interest rates of some 7 percent on 10-year government bonds because investors lack confidence in the government in Rome. Questions remain over whether Prime Minister Mario Monti will succeed in reducing the government's €1.9 trillion mountain of debt without stifling the economy. Meanwhile bond yields in crisis-stricken countries like Spain and Ireland have also risen sharply.

It has become a rule of the euro crisis: While a number of euro-zone countries suffer, Germany profits. The crisis may slow economic growth in Germany, but there are also a raft of crisis-related mechanisms that help the country profit at the expense of other nations. As long as a big euro-zone crash doesn't materialize, this cushions the effects of the downturn for Germany.

A recent projection by the Munich-based Ifo Institute for Economic Research found that the economies of France, Spain, Italy, Belgium, Greece, Portugal and Cyprus would likely shrink in 2012. The German economy, on the other hand, is still expected to grow by 0.4 percent this year.

The imbalance between Germany and many other euro-zone countries is most apparent on the job market, though. Euro-zone unemployment now averages 10.3 percent, but in Germany the figure sank to 7.1 percent for 2011. Last year, just under 3 million unemployed people were registered out of 82 million residents in Germany. By contrast, the number of unemployed in Spain recently reached 4.42 million out of just 45 million residents.

As mass protests form in Spain due to high unemployment among young people, Germany is benefiting from an influx of new skilled professionals. An increasing number of southern Europeans looking for work are heading north to prosperous Germany. The number of Greek immigrants rose by 84 percent in the first half of 2011 to reach some 4,100 people, according to the Federal Statistical Office. The total number of immigrants rose by 19 percent year-on-year for that time period, reaching 435,000.

But that's not all. Indirectly, Germany also profits from a simple symptom of the crisis -- the weak euro, which has fallen to about $1.27, its lowest value since Sept. 2010.

For German companies, the sinking euro acts as a kind of crisis buffer. While it reduces demand for German products within the euro zone, these make up only around 40 percent of the country's exports. But for the rest of the world, a weak euro means cheaper German products, which means they're more competitive.

Indeed, German exports grew by 2.5 percent month-on-month in November, reaching €94.9 billion. Compared to a year earlier, exports were up by an impressive 8.3 percent. The crisis notwithstanding, exports for 2011 as a whole surpassed the historic trillion-euro level , a benchmark not even reached during the boom year of 2008. 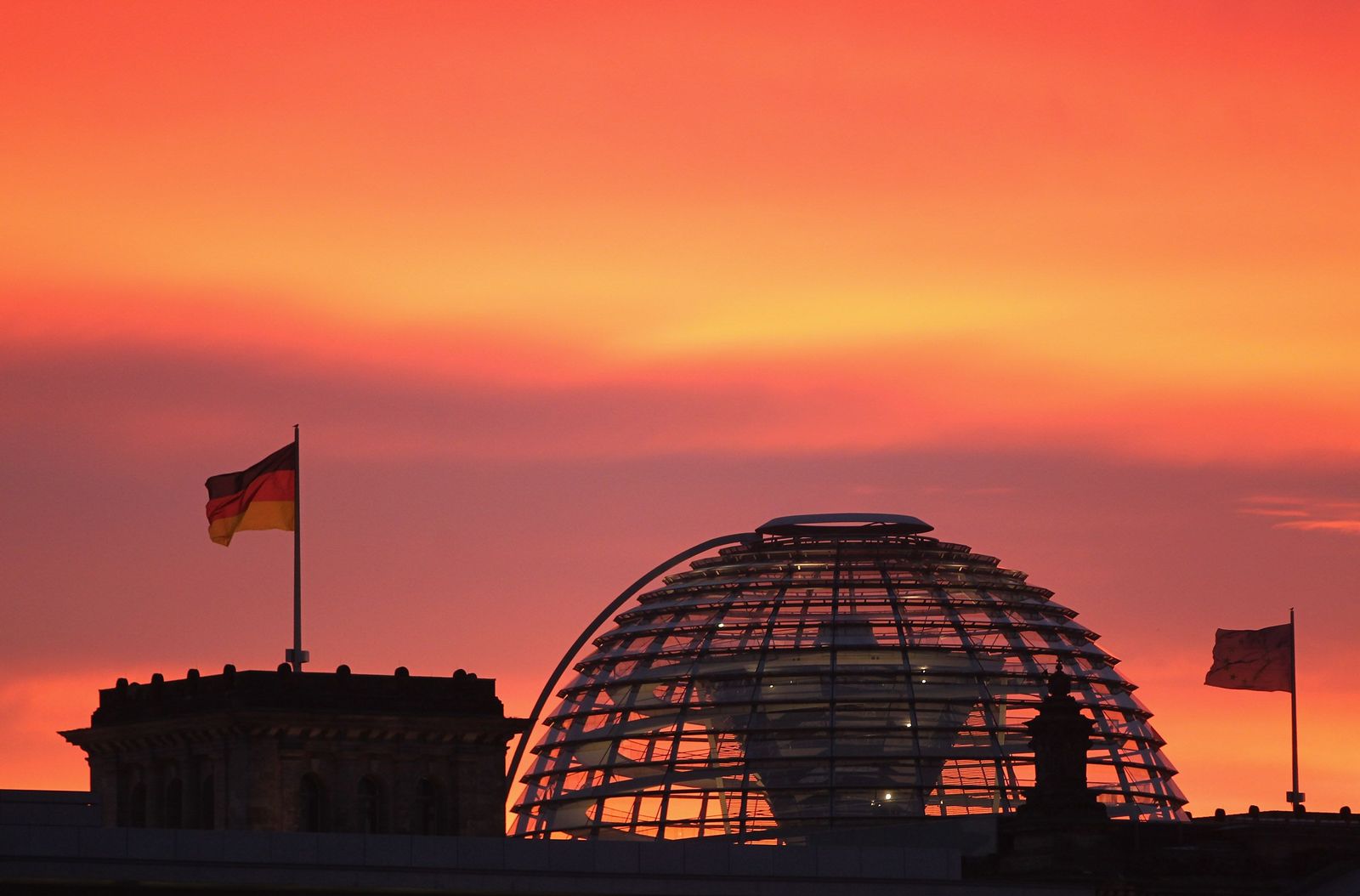 Compared to other euro-zone countries, the economic outlook is rosy in Germany.