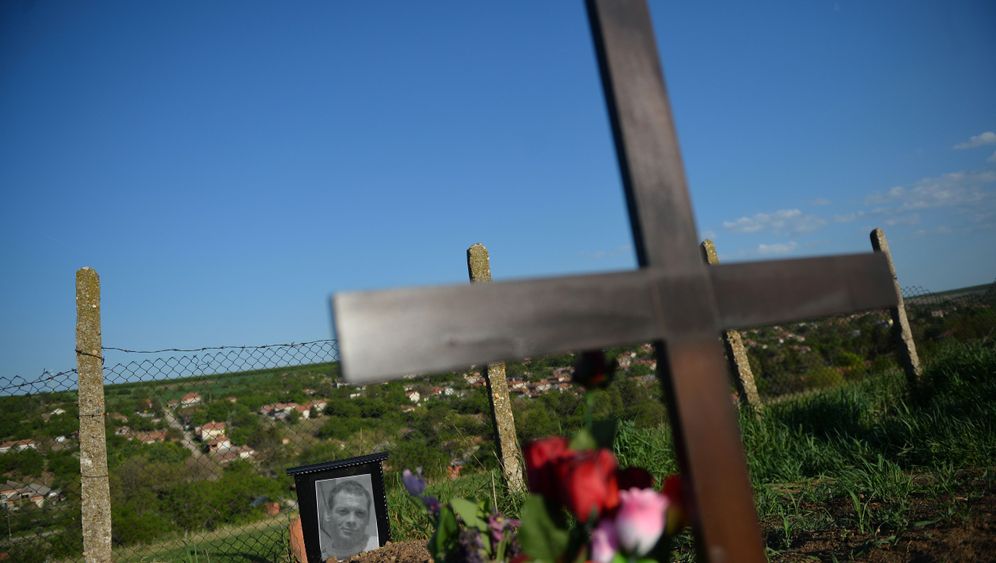 The city hall in Varna is a hulking, late communist-era eyesore with mirrored windows and a concrete canopy above the entrance. People instinctively lower their heads as they walk in. Plamen Goranov set himself on fire on the plaza in front of this building, which seeks to turn citizens into subjects.

At a little before 7:30 a.m. on February 20, Goranov turned up in front of the mayor's office carrying a gas canister and a banner. The city council should resign, he shouted before pouring gasoline over his body and setting himself on fire.

What happened next is still unclear. Did city employees truly react as quickly as possible and fetch a fire extinguisher? Was there a scuffle with security personnel?

In the ambulance, Goranov allegedly told a paramedic that his intention had been to stage a protest, but not to kill himself. Nevertheless, he died of severe burns 11 days later.

His friends have spent a long time searching for witnesses. About 20 people must have seen Goranov's self-immolation, but no one is willing to speak openly about it. There are also video recordings of the incident taken by four surveillance cameras pointed on the square. But the authorities are withholding the video material.

Goranov was not the first or last person to set himself on fire in Bulgaria recently. Five other desperate men have also committed suicide by self-immolation, but the case of the 36-year-old was the most widely publicized. He had long been an activist against corruption and the abuse of power, and his intention had been to protest against the government.

"Plamen was our moral conscience," says Nick Todorov, a friend. Goranov was a mountain-climber who loved nature, Todorov recounts, as well as working occasionally as a window washer. He says that his friend tried to live his life without harming others, without becoming a burden on society and without destroying the environment. Goranov was also on the front line of the protests against the government that began in February.

Since Goranov's his death, banners have appeared on the square in front of city hall. One reads: "You have inspired our courage and our love of freedom." On another banner, the word "Plamen" is written in flaming yellow and gold letters. Plamen also means "flame" in Bulgarian.

Goranov has become a hero for the protesters who have been demonstrating against the government for the last three months. Hundreds of thousands have taken to the streets nationwide, with up to 30,000 demonstrating in Varna, a large city and seaside resort on the Black Sea coast. Although they are ostensibly protesting rising electricity prices, their real target is the country's corrupt political class.

Prime Minister Boiko Borisov was already forced to resign in February in response to pressure from the street. Two weeks ago, a scandal broke that also weighs heavily on the former premier. A wiretapped conversation reveals that he apparently tried to cover up a corruption case. Bulgaria will vote for a new parliament this Sunday, but according to a poll by the news agency Novinite, some 41 percent of citizens are convinced that the election will be rigged. Indeed, there is little hope that it will bring real change. Borisov is running again, but the opposition is seen as being equally corrupt.

Old boys' networks left over from the communist era have divided the country among themselves. They dominate the parliament and government agencies, they secure the best contracts for themselves, they threaten the press and they are in league with organized crime. Bulgaria is the poorest country in the European Union, with a stagnating economy. Up to half a million Bulgarians have already emigrated.

The euphoria of 2007, when Bulgaria was accepted into the EU earlier than anticipated, has disappeared completely. The EU has just decided not to accept the country into the Schengen Area of border-free travel.

But Goranov's death has shaken Bulgaria. Since then, residents of Varna have congregated every Sunday on the square where it happened to hold religious services. They have piled up stones to create a memorial for Goranov, drawing their inspiration from the poem "Gramada" by famed Bulgarian writer Ivan Vazov, in which villagers build a mountain of rocks in front of the house of their mayor to protest his alliance with evil forces, the Ottoman occupiers of the day.

Goranov also believed that Varna's politicians are in league with evil forces. But, in this case, it is a company called TIM that controls the city. And more and more Bulgarians agree.

TIM reportedly stands for the first letters of the first names of its three main founders, former elite soldiers who started a security and personal protection company. The company's logo includes the image of a Trojan horse.

TIM is said to have raised some of its starting capital with smuggling, gambling, car theft, prostitution and the drug trade, allegedly investing the proceeds in legal companies. It quickly grew into an empire. In a 2005 cable published by Wikileaks, the US ambassador described the cartel as "the up-and-coming star of Bulgarian organized crime."

The number of employees at the TIM Group is estimated at about 30,000 today. The company owns shares in the airline Bulgaria Air, and it operates six television stations, Varna's biggest newspapers and the company Chimimport, which deals in crude oil, fertilizers, chemicals and grain.

"Varna is a reflection of all of Bulgaria," says Spas Spasov, one of the country's few independent journalists and an expert on the TIM Group. Since his magazine, Kapital, can't afford an office for him, the 53-year-old works from home.

"Most politicians on the city council aren't interested in Varna's affairs. They just want to line their pockets," says Spasov. They know better than to tangle with TIM, the city's largest and most powerful employer, he explains. On the contrary, says Spasov, almost every time there are public contracts to be awarded, they go to companies in the TIM Group at preferential terms and without a public bidding process.

Spasov is the chronicler of these scandals. TIM has left him alone so far and has only threatened him once, when one of the company's executives sent the journalist the classic Chinese military treatise, Sun Tzu's "The Art of War." In a handwritten note, the sender remarked: "You should not wage war with someone you cannot beat or you cannot turn into your friend."

Spasov was undaunted and has continued writing, especially about Avenue No. 1, a typical case of corruption. It revolves around a park in downtown Varna that stretches along the coast. The park includes beaches with fine sand, waterfront mansions, landmarked cafés and changing rooms from the 1920s.

The city was in fact not permitted to sell the park, but the mayor and his staff came up with a solution for TIM. The legal status of the site was changed and the purchase price set at a ridiculous €50 per square meter (about $6 per square foot). TIM now plans to build a marina, hotels, luxury condominiums and restaurants on the site.

"We Bulgarians are no more corrupt than other nations," says Spasov. "It's just that we didn't have a real revolution in 1989." Then-dictator Todor Zhivkov was overthrown in a palace revolt. "But in contrast to Poland and East Germany, the old elites remained in power," Spasov adds. "They took on new names and seized control of the most lucrative government-owned companies."

Plamen Goranov was apparently in despair over how TIM was taking over his city. Last summer, he and a group of friends organized a performance in Varna during which three worms -- marked "T," "I" and "M" - devoured a golden apple. "It was supposed to symbolize the city," says Radostina Petrova, who witnessed the performance. An old refrigerator, cold and immovable, represented the citizens. "People were very enthusiastic," says Petrova, who is wearing a round felt cap that once belonged to Goranov.

"I'm shaken, but I'm not completely surprised that it came this far," says Petrova, who until recently was studying graphic design in the United States. Goranov had apparently become increasingly frustrated. When a crowd protested in front of the headquarters of the local energy utility, he said: "This doesn't do anything. There is no one here. No one will even see us."

Others claim that they also heard him say something like: "Perhaps I should set myself on fire."

Ivan Vazov's poem "Gramada" turns out badly, at least for the powerful. The mayor is forced to flee, but the pile of stones keeps on growing.