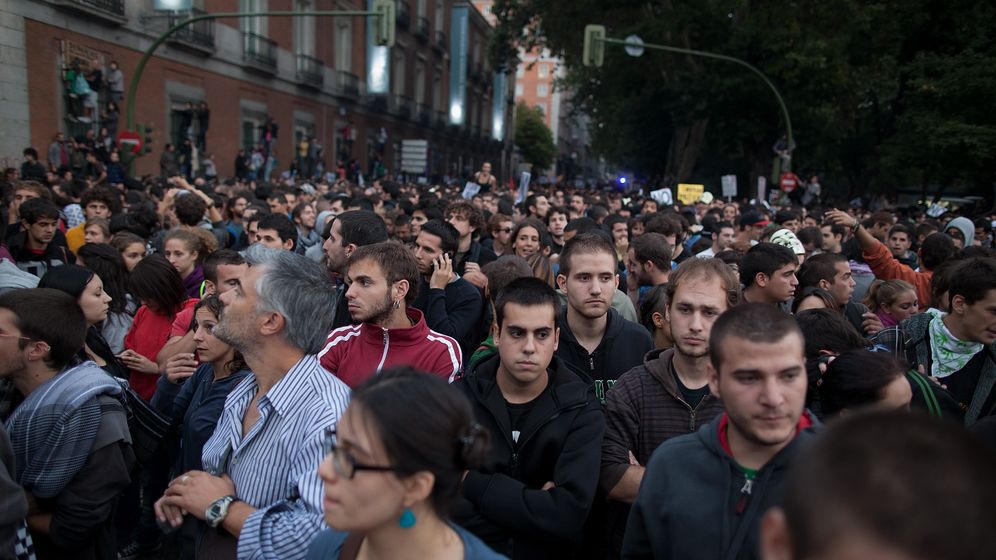 The protests in front of Spanish Parliament in Madrid on Tuesday evening were not huge. But their intensity serve as a warning that patience in the country with ongoing austerity cuts and tax hikes is wearing thin.

Some 6,000 people marched before Spanish Parliament on Tuesday against the belt-tightening measures and several grew violent. Police beat back demonstrators with batons and fired rubber bullets on the crowd, according to several news reports.

Protesters retaliated by hurling rocks and bottles at authorities and tearing down barricades. The violent clashes led to 22 arrests and 32 injuries, including four policemen, according to Reuters.

Tempers are flaring in Spain as Prime Minister Mariano Rajoy's government tries to convince his countrymen to accept even more tax hikes and spending cuts in the 2013 budget, which he will unveil Thursday. Since he's taken office in December Rajoy has announced austerity measures worth about €65 billion ($80 billion).

But even as Rajoy makes cuts, the country's poor economy means that tax revenues are falling, further bloating Spain's budget deficit. Rajoy must fill a budget gap of €60 billion by 2014 to appease Spain's European partners and hopes to reduce his country's substantial budget deficit to 6.3 percent of gross domestic product this year and 4.5 percent next year. But with unemployment in Spain hovering around 25 percent, more cuts will be a tough sell and Rajoy's budgetary goals could prove difficult to reach.

"Let us in, we want to evict you," protesters chanted outside Spain's Parliament on Tuesday night, according to Reuters. The protest, organized online by various activist groups, finally broke up around 1 a.m. local time.

The protests served to underline the dire financial straits in which Spain finds itself. Though recently announced plans by the European Central Bank to engage in mass purchases of sovereign bonds issued by debt-ridden states such as Spain had helped lower Madrid's borrowing costs recently, there are signs that the respite is ending. On Tuesday, a Madrid bond issue saw interest rates on short term bills rise significantly over a similar auction at the end of August. The country is also expecting the results of a bank stress test later this week which will determine how much of the €100 billion in emergency European Union aid the country will have to tap.

Events in Spain, however, aren't the only reminder this week that the euro crisis hasn't disappeared. Ongoing discontent in Greece over austerity measures there took a disruptive turn on Wednesday as the country's two largest unions went out on a 24-hour general strike. Hundreds of thousands of workers walked off their jobs shutting down schools, museums and courts, slowing down air traffic control and otherwise disrupting transportation. Hospitals are operating with minimal staff.

Thousands of police gathered in central Athens preparing for protests against government salary and pension cuts and other belt-tightening measures. In February protests against austerity measures turned violent as demonstrators set shops on fire. Many stores in the Greek capital closed Wednesday in advance of the protests.

A coalition led by Prime Minister Antonis Samaras is negotiating spending cuts of €11.5 billion over two years in exchange for aid from the so called troika of lenders, the European Commission, the International Monetary Fund and the European Central Bank. A crucial troika report, which could determine whether Greece will be allowed to slide into bankruptcy, is expected in late October, though could be delayed until after the US election at the beginning of November.

"This strike is only the beginning in our fight," public union member Despoina Spanou told Reuters. 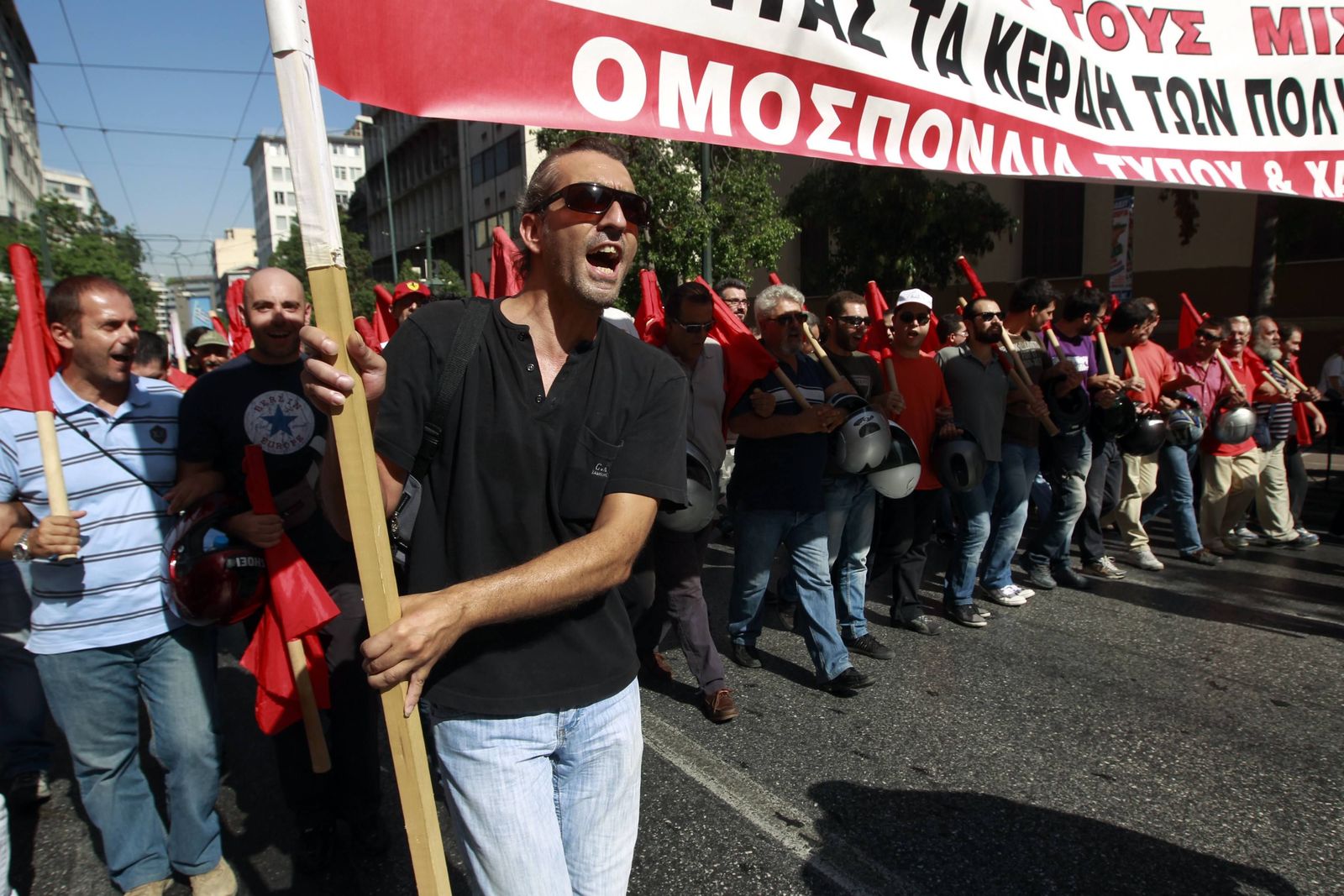 On Wednesday the country's two largest unions also went on a 24-hour strike. Hundreds of thousands of workers walked off their jobs to protest government salary and pension cuts and other belt tightening measures.