Three members of the Russian protest punk band Pussy Riot were found guilty of "hooliganism motivated by religious hatred" on Friday and sentenced to two years in prison. The three women, Nadezhda Tolokonnikova, 23, Yekaterina Samutsevich, 30, and Maria Alyokhina, 24, have been detained in Moscow since March after they performed an impromptu concert in the city's main orthodox cathedral. Clad in colorful balaclavas, or face masks, they filmed a music video showing them jumping around the church for an anti-Putin protest song whose lyrics include the line: "Mother of God, drive Putin out."

Judge Marina Syrova handed down the ruling on Friday as groups of protesters thronged around Moscow's Khamovniki district court shouting "Free Pussy Riot!" The women, who were in handcuffs, smiled as the full verdict was read out over the course of more than two hours. The two year prison sentence was the lightest possible punishment for the crime. Prosecutors had asked for three years.

In her ruling, the judge, who has received death threats, made frequent mention of the women's clothing, saying the short skirts and bright colors they wore did not adhere to the Russian Orthodox Church's dress code and that they also violated other church rules. When announcing the sentence she said that it should be a "caution to others," according to people sending Twitter messages from inside the courtroom.

The women, two of whom are young mothers, sat in a glass enclosure, as is customary for defendants in Russia, during the eight-day trial. During the trial, they made frequent mention of Soviet dissidents, saying that their "punk prayer," which took place on Feb. 21, was directed toward the head of the church for supporting Putin. Their concert was almost immediately stopped by church guards, but they completed the video, which has now been seen by millions of viewers, with other clips.

Their stunt might have barely drawn notice had it not been for the Kremlin's retaliation coming amid months of public protests after disputed parliamentary elections last December. Now the case has drawn international attention, with Pussy Riot supporters gathering in dozens of cities, including New York and London, for the verdict on Friday. 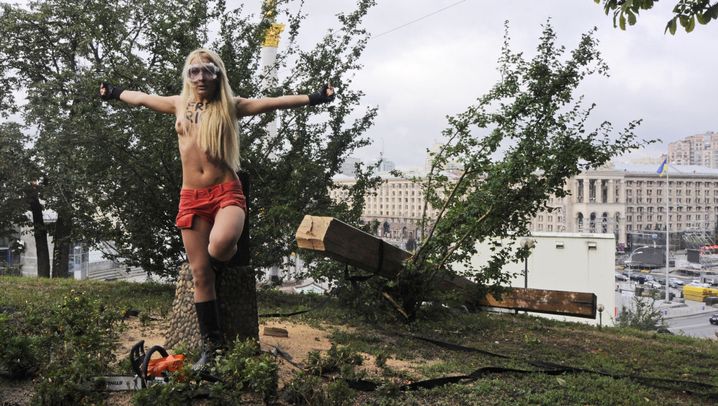 The trial has become a lightning rod in Russia between President Vladimir Putin's government and the opposition, which is critical of his growing authoritarianism. During the women's more than five-month detention, prominent supporters, such as Sting and Madonna, have expressed their support.

While Putin's critics see the trial as an example of his government's repressive regime, which restricts free speech and other liberties, the Kremlin is using the case to its own ends. It calls its opponents vulgar, saying that they are backed by Western powers suspicious of Russia's new strength.

Support for Pussy Riot also grew in Russia during the trial. Before it started, about half of Russians supported a conviction for the band members, but that had fallen to one-third by the time the verdict came out.

In their closing statements, the women asked forgiveness from churchgoers, saying that their act was directed against the government and not believers. They also referenced St. Stephen, the first martyr of the Christian church, the writer Fyodor Dostoyevsky, who was sentenced to death for his resistance to religious and secular rulers alike, and Gulag chronicler Alexander Solzhenitsyn, who predicted that "words will crush concrete."

The verdict drew sharp criticism from German and European politicians. German Foreign Minister Guido Westerwelle told the Berlin daily Tagesspiegel that the sentence of two years was inappropriate for the crime. "It is a verdict that casts a sad shadow on the inner development of Russia," said Westerwelle, a member of the business-friendly Free Democratic Party (FDP), on Friday in Düsseldorf, in separate comments quoted by the German news agency DPA.

Putin is directly responsible for the sentence, said Ruprecht Polenz, head of the foreign affairs committee of the German parliament, the Bundestag. "This is Putin's trial, it is Putin's verdict," Polenz, a member of the center-right Christian Democratic Union (CDU), told DPA. "It is a verdict that makes a mockery of justice and the rule of law." He called on the European Union to make it clear to Russia that "true modernization cannot succeeed without the rule of law and democracy."

The parliament's German-Russian relations coordinator Andreas Schockenhoff, a member of the CDU, commented: "A signal has been sent to Russian society: Whoever criticizes the regime instead of submitting to its will is not a partner, but rather a threat that must be fought."

In Vienna, a representative from the Organization for Security and Co-operation in Europe (OSCE) condemned the harsh sentence for Pussy Riot. "Charges of hooliganism and religious hatred should not be used to curb freedom of expression," said the OSCE representative on freedom of the media, Dunja Mijatovic, in a statement published on the organization's website. "Speech, no matter how provocative, satirical or sensitive, should not be restricted or suppressed and under no circumstances should it lead to imprisonment." 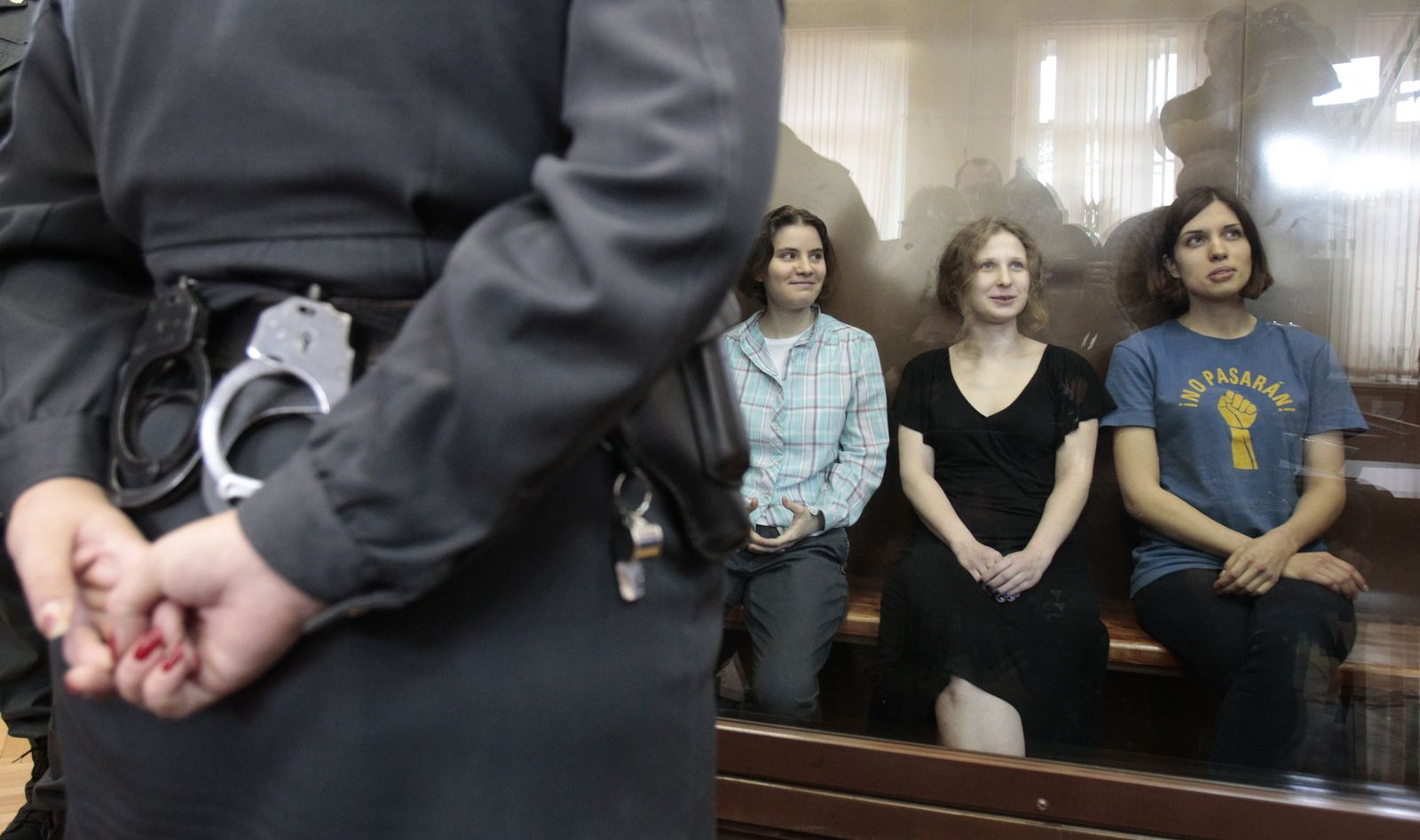 The verdict in the Pussy Riot trial was delivered Friday.